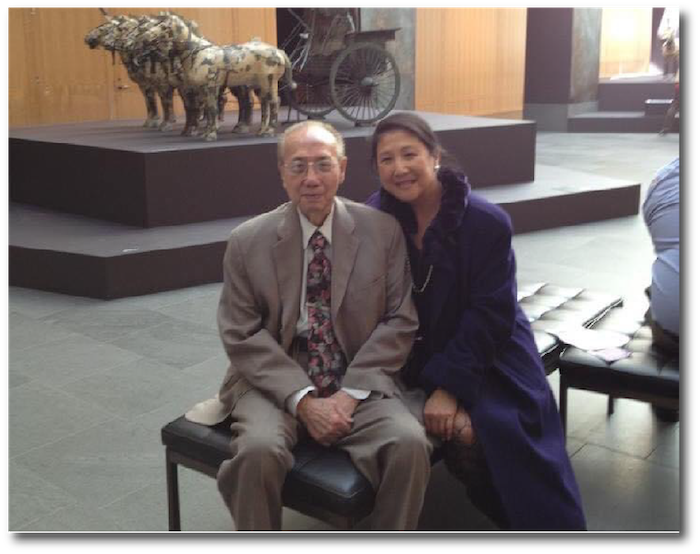 Amy with her father Buck

OLLI @Berkeley is a community of lifelong learners, ages 50 and above, insatiably curious about the world. Our members are readers, writers, justice-fighters, performing-arts-goers, hikers, builders, travelers, gardeners, volunteers, sports fans, film buffs, and (as a surprise to approximately no one) enthusiastic hand-raisers. In other words, interesting people. Starting this month, we're going to introduce you to some of our members, beginning with Amy Chung. If you've been in an OLLI classroom over the past decade, chances are, you've been there with Amy, a practicing attorney and longtime member. 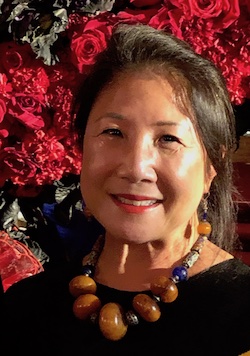 What first brought you to OLLI @Berkeley?

I was introduced to OLLI by a dear friend who told me about this amazing architecture class. I think it was about 10 years ago. I was still working fulltime then so it was an effort for me to take half a day off to be able to take this class. But I did and it was marvelous. The interaction between the professor and the students, and his slides … it was heaven for me. I was an architecture major as an undergrad at Berkeley, and I hadn't taken an architectural history class of any kind in 50 years. It was such a revelation. It got my brain going again. It made my heart sing.

Have you discovered new interests along with rediscovering old ones?

Absolutely. One of the first classes I took was memoir writing. At the time my father was still alive and I was trying to get him to open up and tell me his/our family story. We're very fortunate. My family is six generations in the United States, but we were always forced to go back to China because of the Chinese Exclusion Act of 1882. So, my great-great grandfather was here around the time of the Gold Rush. I wanted to capture the stories that my father was told, because if he didn’t tell us, then none of the rest of our family would ever know. Those stories would be lost forever. That class was transformative. It got me writing again. I mean, I'm a lawyer so I write professionally, but the memoir class got me writing from the heart, writing for posterity, writing for the generations to come. And that was wonderful.

OLLI is all about the joy of learning. I'm curious if you've learned anything about yourself while you've been here.

That I'm a nosy person; that I never stop learning; that It doesn't matter what my chronological age is, what my physical condition is — if my mind keeps going, I am still young at heart. And I've made so many friends among my fellow students. The social aspect of OLLI is very important to me. I'm a social creature. And it's been interesting to meet new people and to also reconnect with a lot of people who have come from other aspects of my life. It’s like we’ve all landed in the same place. My partner is a jazz pianist, a Brazilian composer. One day, I met this woman at one of his concerts and then, not long after, we ended up sitting next to each other in an OLLI class. We became fast friends. It’s been great.

OLLI really is a marvelous place because there are so many people who are interested and engaged. And it's wonderful to look at this as my future because you know I'm 67-68 — something like that — and I'm thinking “what do I want to be when I grow up? How do I want to spend my retirement years?” OLLI is my answer. This stuff will keep you young. To quote Maria Kondo, it sparks joy. And who doesn’t want that?