Advances in Gender Equality in the US

Home › Blog › Advances in Gender Equality in the US
Hugh Winig 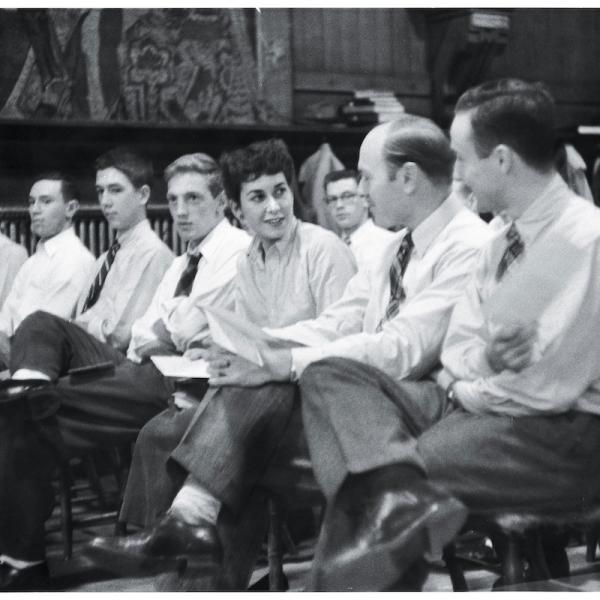 One hundred years ago, following 70 years of demonstrations, hunger strikes, and imprisonments of women suffragettes, women gained the right to vote in the United States. But even so, that constitutional amendment passed by only a single vote in the Senate in 1919. However, America’s current societal realities in the area of gender equality indicate that enormous changes were set in motion that continue to this day.

When I went to college in the first half of the 1960’s, young men who sought a higher education did so for the most part to enhance their career choices and income potential. Their hopes were to someday support a family as the sole or primary “breadwinner.” But for women then, a college education was oftentimes less about career aspirations than about hopes for an eventual marriage and a societally-prescribed role as wife, mother, and homemaker relegated exclusively to the domestic sphere.

In 1963, Betty Friedan published the seminal book The Feminine Mystique, which in 1964 was the bestselling non-fiction book with over one million copies sold, and things began to change fast! Friedan’s book exposed the myth that women were more feminine if they didn’t work outside the home. In fact, her book revealed that many women felt that they actually lost their identities when functioning only in the domestic sphere.

For my immediate generation in the 1960’s, professional schools were dominated by more male students than female—often in a ratio of ten to one or more. But over the many decades since, women have emerged as the majority of graduate school students, dominating fields from law to medicine, and an ever-growing number of women are also making huge contributions in the sciences. When, in 2005, the President of Harvard University, Lawrence Summers, implied that women lacked the same inherent intellectual capacity as men in science and math, he was rightfully met with derision and forced to resign.

In contrast to that 2005 outdated view of women, this year the Nobel Prize in Chemistry was awarded to two women: Emmanuelle Charpentier, age 51, and Berkeley’s Jennifer Doudna, age 56. Their amazing research into the gene editing techniques called CRISPR will lead to revolutionary advances and the potential of treating numerous heretofore untreatable genetic diseases like Huntington’s Chorea, and will inevitably also lead to other vast advances in medical science in years to come.

In politics, in 1950 there was but a single U.S. woman senator (Claire Booth Luce), and the first woman State Governor was not elected until 1975 (Ella Grasso of Connecticut). In contrast, today there are 26 women senators and 9 women governors in the United States. Women are also now being nominated for administrative Cabinet positions never before led by women. A woman is about to be inaugurated Vice President, and, I’m certain, a woman will be elected president in the not too distant future.

Kamala Harris, our new vice president in 2021, is the daughter of Indian and Jamaican immigrants, married to a man who will leave his high paying job as an attorney in an exclusive law firm to teach at Georgetown University and assume the new role of Second Gentleman. And our newly elected President’s wife, Jill Biden, Ed.D, at age 69, has chosen to continue working rather than exclusively assuming the conventional supportive role of First Lady. These two differing spousal choices in our modern day highlight the enormous positive shift in the flexibility and freedom of gender roles now from the conventional ones that people in my generation expected and observed in the past.

Many other major areas of societal dysfunction still exist in our country. The continuing diminution of gender role disparity gives me hope that America can eventually make similar progress in other areas. Racial and economic disparity remain severe, and progress can be painfully slow. But even in the half century or so of my adult lifetime, the enormous changes described above regarding gender role inequality are a sign that despite how long it has taken, our democracy is working! If one wants similar progress in other areas, it will have to be fought for persistently and peaceably in the decades to come, but it is now clear that progress like this is possible!