What Almost No One Knows About Addictions

Home › Blog › What Almost No One Knows About Addictions
Hugh Winig 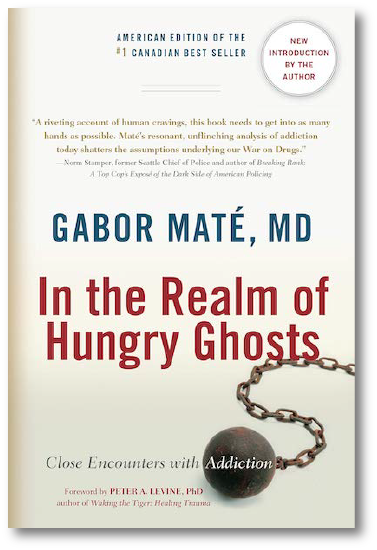 The origins and struggles of people with addictive conditions has been poorly understood in our modern world. Addicts to various substances have been criminalized, punished, imprisoned, and unknowingly treated by physicians inappropriately with a variety of medications and other interventions. People have misperceived addiction as a condition stemming from moral failures or weakness of character.  Fortunately, some enlightenment has now been achieved that can alter these misunderstandings.

People who are often living on the street, abusing drugs, and floundering to have any existence at all are often victims of childhood trauma, abuse, and neglect. As a result of these early life experiences and deprivations they are attempting to self-medicate their emotional pain with illegal substances or alcohol. But the result has often made their lives even more desperate.

Physicians have used medications and behavioral treatments to little avail over the past many decades and have not appreciated the origins of the despair and suffering that the drug abusing population is dealing with.

One exception to finding successful treatments for addicts has been Alcoholics Anonymous (AA) for the treatment of the misuse of alcohol, a legal substance, but there has been little if any useful treatments for illegal substance abuse. The focus of AA for the last 85 years has been to provide fellowship in the form of a “holding environment” where people are not judged, but conversely are embraced, supported, and encouraged. Medicinal treatments, except for a specific concurrent underlying illness such as a major depression which can coexist, is discouraged by AA for the treatment of alcohol abuse and addiction.

The perception that people who abuse drugs, illicit and otherwise, are unworthy, bad, criminal, or even “evil” misses the entire point of seeing them as fellow human beings who have suffered from the traumas of childhood abuse and neglect, except for those cases that are the result of the trauma of fighting in wars.

There is a revelatory book entitled “In the Realm of Hungry Ghosts: Close Encounters with Addiction” by Gabor Maté, M.D. that provides a full explication of those who suffer from an addictive malady; for those wanting a quicker review, here is a 5-minute narration by the book’s author.

As with many complex human problems, sometimes it can take decades or even generations to understand them. Today, for example, more enlightened people are coming to terms with the impact of systemic racism that has existed in our society from the moment westerners set foot on this continent. Whether it has been misperceptions of indigenous peoples or the sanctioned practice of slavery, the ability to have empathy for and understanding of people who look or act differently than oneself has been profoundly lacking until recently.

Perhaps now, at long last, people are also becoming more enlightened about addictions and understand that people who suffer from these conditions are not necessarily bad people but likely have been traumatized, neglected, and/or abused as children and are trying to self-medicate their pain and suffering and not simply misbehaving or criminally motivated.

Hugh Winig, M.D. is a retired psychiatrist, the author of a book of short stories and a book of humanistic aphorisms, and a longtime OLLI @Berkeley member and volunteer. He was a founding Trustee of the Lafayette Library and Learning Center and a past President of the East Bay Psychiatric Association.