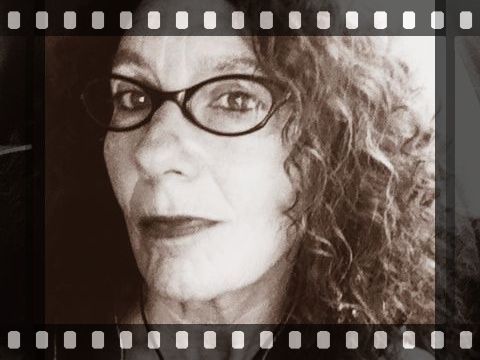 What is it about the filmmaking of Hirokazu Kore-eda that inspired you to devote a whole course to it?

The films of Kore-eda are notable for so many reasons I can’t begin to list them all here, but I’d say that his ability to convey compassion, empathy, acceptance, and inclusivity in beautiful films that do not shy away from “dark” or “heavy” topics like loss, separation, death and mourning – with such a deft and delicate touch, suffused with moments of lightness, humor, and grace – is nearly unmatched by any other contemporary filmmaker of the 21st century. These are films that ‘nestle in the heart and soul.'

You've just returned from the Cannes Film Festival. Of everything you saw, what's sticking with you?

One thing that I found quite remarkable at Cannes was the number of female directors whose impressive films were among the very best I saw this year at the Festival. New films by women from Chile, Iran, Poland, Japan, Ireland, Tunisia, Spain, France, the US, the UK represented just a few of the female-directed films that were featured in prominent competitive sections of the Festival. Some of these were first productions, and others were helmed by seasoned, experienced directors.

What’s your curatorial approach to programming?

It’s pretty simple: If a film touches my heart or sparks my intellect, I follow my instinctual sense — and my hope — that it may move or inspire others in a similar way. Films that resonate for me cinematographically (through the use of sound and image, editing and framing) or thematically, or possibly even spiritually (in a very broad sense) are the ones I seek to share with a film festival audience.

How do, or should, issues of equity and inclusion impact programming?

Thank you for raising this very important issue; I feel it’s critical that programmatic decision-making within the context of an international film festival includes several sets of eyes, ears and intellects in order to achieve an inclusive curatorial vision. To that end, I am fortunate to work with a team of international, multi-racial, multi-cultural, multi-lingual colleagues whose opinions I respect and value as we discuss and assess the films we view, and arrive at final programming decisions. I think that people are attracted to film festivals for many reasons, and, among them, is a significant desire to see films of all genres that represent voices, cultures and communities outside one’s own ‘domestic sphere’ of familiarity and experience. So in order to accomplish this goal, equity and inclusion are essential elements of any successful international film festival.

Are there any movies that you have drastically changed your opinion on?

Funny you should ask! Speaking of “funny”… I just saw Stanley Donen’s 1957 classic Funny Face on the flight back from Cannes. Wonderful use of color (“VistaVision”); fabulously fashionable costumes; Audrey Hepburn’s performance is divine; Fred Astaire dances with his inimitable elegance … but the script … I must say it was hard not to cringe each time a misogynistic, gender-based stereotype popped up, played for humor. And although I try my best to consider the value of every film within the historical/cultural context within which it was produced, I had a tough time separating my 21st century “righteous anger” from directing itself at the screenwriter this time!

Of all the film scenes you’ve experienced over the years, what’s a favorite one and why?

One favorite (and I’m not alone here, I’m sure): Jean-Jacques Beineix’s 1981 film Diva. The scene: an almost-impossibly-romantic walk in the rain, without dialogue, through the Jardin des Tuileries, in Paris. Here it is (with its Satie-esque soundtrack by Vladimir Kosma):