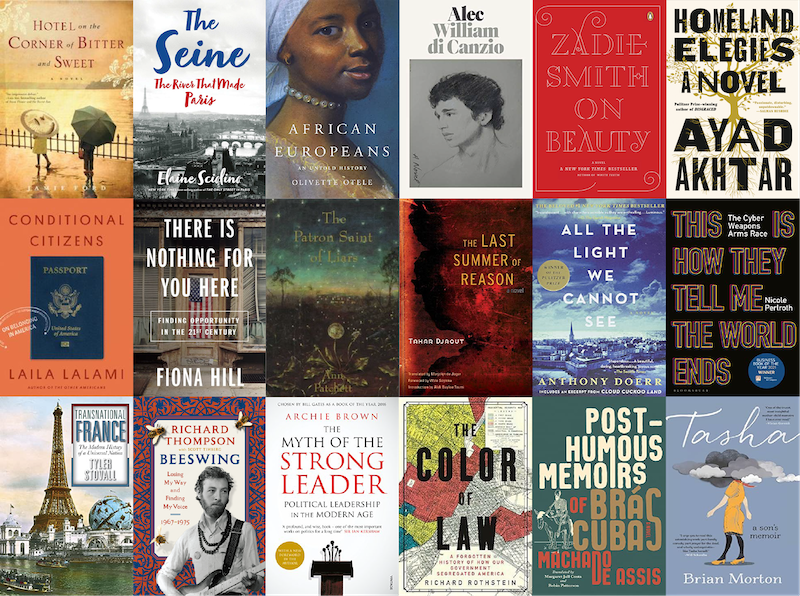 The season of summer reading has arrived! We asked faculty to recommend a favorite book or two, and they were happy to oblige.

Hotel on the Corner of Bitter and Sweet by Jamie Ford

This is How They Tell Me the World Ends: The Cyber Weapons Arms Race by Nicole Perlroth

All the Light We Cannot See by Anthony Doerr

How Democracies Die by Steven Levitsky and Daniel Ziblatt

The Myth of the Strong Leader by Archie Brown

The Color of Law by Richard Rothstein

Conditional Citizens: On Belonging in America by Laila Lalami

There is Nothing for You Here: Finding Opportunity in the 21st Century by Fiona Hill

The Seine: The River That Made Paris by Elaine Sciolino

Transnational France: The Modern History of a Universal Nation by Tyler Stovall

On Beauty by Zadie Smith

The Patron Saint of Liars by Ann Patchett

Beeswing: Losing My Way and Finding My Voice: 1967-1975 by Richard Thompson with Scott Timberg

The Last Summer of Reason by Tahar Djaout