One Million COVID Deaths in America 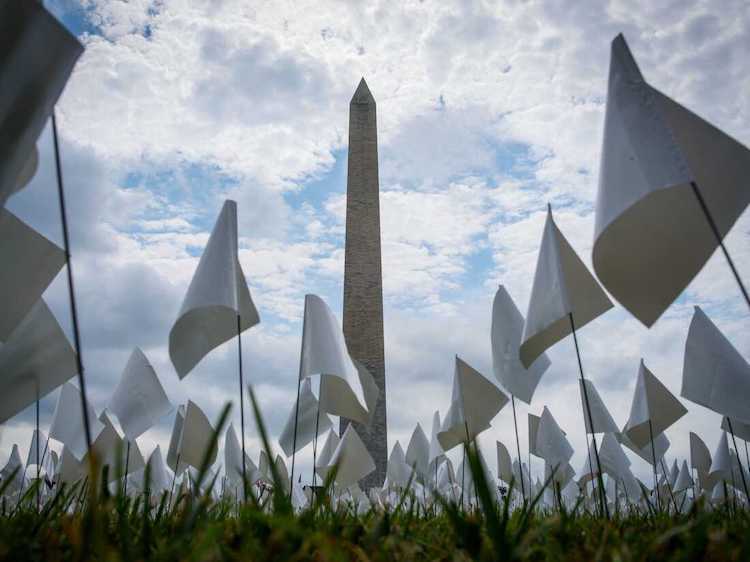 By Hugh Winig, M.D.
Dr. Winig is a retired psychiatrist and a longtime OLLI @Berkeley member and volunteer

America is now at the 1 million mark of its citizenry who have died due to the COVID pandemic. This is more than the number of Americans who died in the Civil War and World War II combined and higher than the number of COVID related deaths in any other country.

Early on, those who died before vaccine availability were the victims of misfortune beyond their control. This included one-fifth of people who were already living in care facilities. They were mostly in the wrong place and at the wrong time due to no fault of their own. And what a tragedy that was for the families who lost those loved ones and in addition could not even gather in a normal fashion to share their grief and mourn their loss.

Demographically, resistance to get vaccinated is often found in a less educated populace and in those who live in rural and southern regions. On the surface, one would think those folks would want to look to experts for counsel and advice, but the very opposite is what occurred. While COVID vaccines have saved countless lives, one did need to get vaccinated to receive that benefit!

This resistant behavior of rejecting vaccinations has been self-defeating to a fatal degree in so many cases. Psychological factors such as peoples’ resistance to authority, perhaps from being raised excessively dogmatically, as well as demanding a sense of complete autonomy from governmental directives, have played a role. But rejecting this straightforward healthcare advice contributed not only to the demise of many, but also to the increased spread of Covid, causing greater health risks for everyone else as well. The public health crisis that exists in America today has been caused in part by the human factor of vaccine rejection as described above.

The 1,000,000 deaths already amassed in the U.S. from the pandemic is not the end of the story. New variants continue to arise spontaneously and rapidly with no clear end in sight, meaning future intermittent vaccinations will also be required for people to be protected. Thus, the decision to get vaccinated, or not, will impact the quality of all our lives, including potential mortality for many.

The effect of COVID in Australia by comparison to America is that it had only 10% of the mortality rate. When social scientists looked at the reasons for this, they concluded that Australian society is characterized by greater “caring and sharing”, in other words, being committed to the wellbeing of the overall community of people who live there, not just themselves. America, with its divisive politics and economic inequality, experienced a vastly more catastrophic death rate because of these attitudinal, behavioral, and demographic differences.

It is estimated that 650,000 people of the 1,000,000 who have died so far from COVID in America would still be alive today if the entire country had the same death rate from the pandemic as the San Francisco Bay Area. Our regional populace generally did what was asked and needed. We wore masks, followed guidelines, trusted the science and got vaccinated.

Overall, living in the Bay Area is a blessing well beyond our well-known mild climate and abundance of cultural and educational opportunities. As the future unfurls, the attitude of “caring and sharing” to manage the pandemic’s impact should be added to that list!

Hugh Winig, M.D. is a retired psychiatrist, the author of a book of short stories and a book of humanistic aphorisms. He was a founding Trustee of the Lafayette Library and Learning Center and a past President of the East Bay Psychiatric Association. He is a longtime OLLI @Berkeley member, volunteer, and contributor to our blog.