Message Received: What a Rock Says About This Moment by Susan Hoffman

Home › Blog › Message Received: What a Rock Says About This Moment by Susan Hoffman
Susan Hoffman 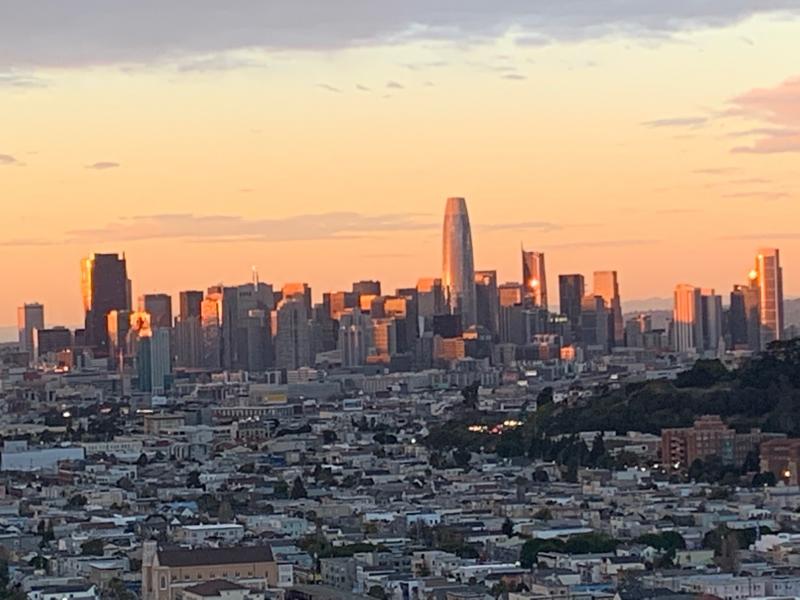 My walk up Folsom Street to Bernal Hill has become my constitution every day during the pandemic. It takes me 20 minutes from my house to get to the top of the hill and my heart rate towers around 125-130 bpm. It's a struggle, but so glorious when I reach the top and have the climb down. The vistas are spectacular with a 360 degree view of San Francisco (both bridges) and the Bay Area.

Midway up Bernal Hill is "The Rock" which has served as a tableau for Bernal artists who paint what's in the zeitgeist. These photos are from recent instances when The Rock reflected our times. 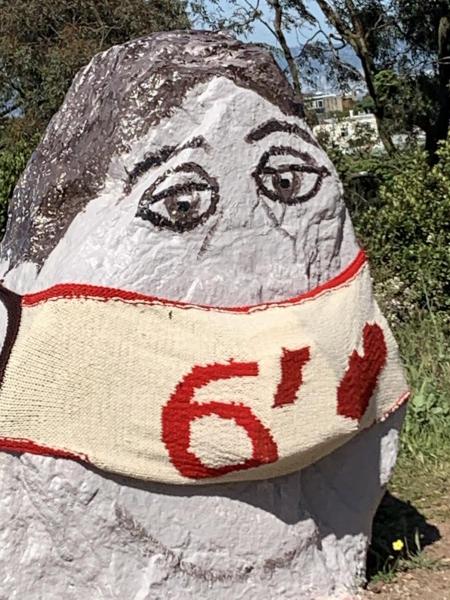 The sad sack face with a crocheted mask that reminds folks to keep the 6 foot distance appeared at the beginning of the shelter in place order when the walk around Bernal Hill became a populated boulevard of couples, families, posses of young people and many, many dogs.

The second set of photos are when the rock reflected Black Lives Matter which appeared during the protests of the police murder of George Floyd, and was painted out 4 times in the stealth of night, and a fifth time by a misguided response by the Department of Public Works. The artist with friends would repaint the rock and not back off its message and, instead, recognize the deaths that followed George Floyd's. 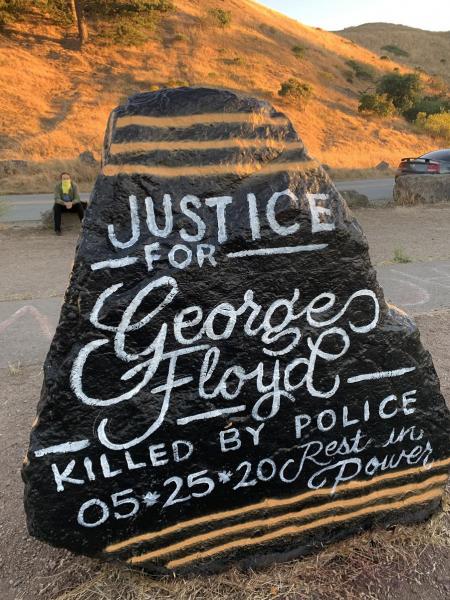 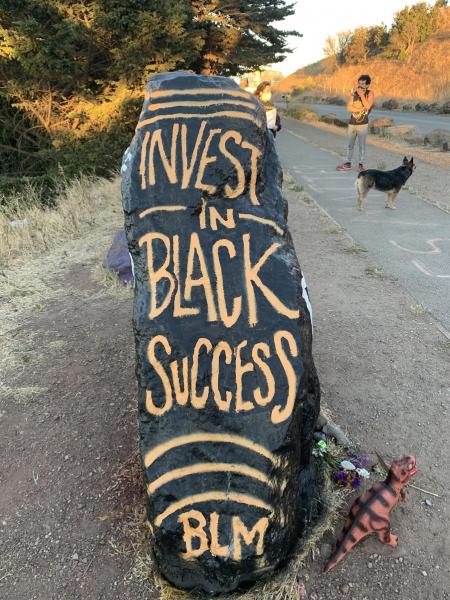 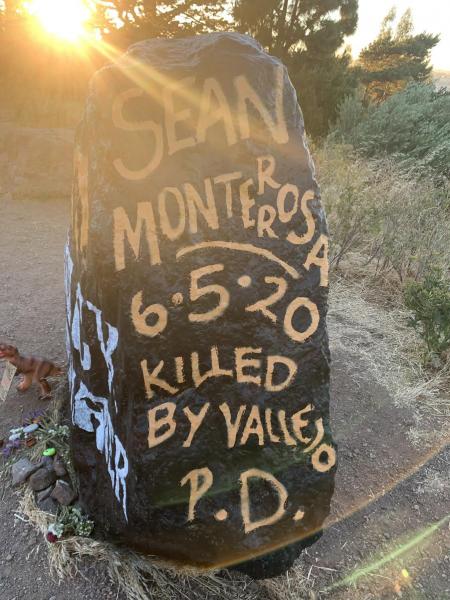 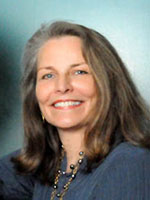 Susan Hoffman has been the director of OLLI @Berkeley for more than a decade. Her creative work includes being a writer and filmmaker. Her faculty appointments have been in creative writing, theatre and political philosophy.