Faculty Q&A: Vincent Resh on Forbidden Knowledge and What Movies Get Wrong 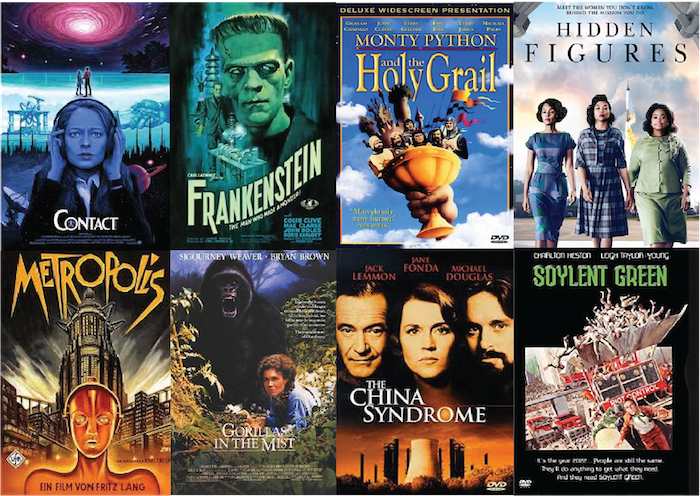 Vincent Resh has been a professor at UC Berkeley since 1975, has taught over 20,000 students, and is the recipient of the campus Distinguished Teaching Award. His research includes water-borne disease vectors, water-pollution assessment, and water policy. He has discussed science in the movies for newspapers, magazines, classes, and on radio. He is teaching "Science in the Movies" in our spring term. 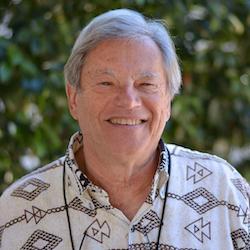 Your course explores forbidden knowledge. What is that, exactly?

Basically, are there things that we shouldn’t be looking into? Theologians say yes, philosophers say no, and scientists are ambiguous. We’re going to explore films going back to Frankenstein and The Invisible Man, where they talk about things that should or shouldn't be investigated. I think movies really emphasize the hopes and fears that people have about science — films are often the first place where people wrestle with really tough concepts — and that can have a long-lasting effect on how people perceive scientific advances.

How hard is it for you to watch science in movies and not want to immediately comment on it?

One of the things I’ve never been too concerned about is the accuracy of what’s depicted on the screen. I accept that as the director’s prerogative. For example, there’s this film, The Day After Tomorrow, which deals with climate change. The science in it is so awful it's sort of hard not to talk about it. But one of the ironies is that despite how terrible the science was, the movie itself was so popular that NOAA [National Oceanic and Atmospheric Administration] started to promote it as a means of getting people interested in climate change. So, whatever works.

I'm really more interested in the sociology of how science is depicted. Take a movie like Contact which is, to me, the best movie about science ever made and you see the issues that scientists face in terms of how do you get funding for research that's risky and unpopular; how do you handle tyrannical professors; how do you deal with sexism and racism; who gets credit for discoveries and who gets forgotten. All of it.

What do films generally get wrong about the scientific method or, for that matter, right?

One of my favorite clips that depicts the scientific method — the idea of making observations and hypotheses and creating experiments to test those, and accepting or rejecting your original hypothesis — is from Monty Python's Search for the Holy Grail and the trial of a witch. An educator has used it to basically break down how the scientific method works. It’s really great.

That said, I can’t tell you the number of times I've heard scientists say when describing their own research, “I’ve heard about the scientific method, but I've never actually known anyone who did it.” Because in real science, you go back and forth. You modify an experiment over and over again to continue to test the hypothesis. It’s not a straight path forward. Most movies don’t capture that.

Are there films that have had an outsized impact on inspiring future scientists?

I think movies that depict scientists working in nature have had a huge influence on people. I’m talking about the early classics like Born Free with the Academy Award winning song. It focused on this couple, the Adams, and their effort to save Elsa the lion. And, of course, there are films like Gorillas in the Mist, which centered on Dian Fossey and her passion for saving the gorillas.

Interestingly, that kind of approach to animal conservation — a kind of individual-as-savior approach — is not what we see in conservation today. Science has moved on. For example, Fossey was vehemently opposed to tourism but in truth having people actually see the gorillas and the money that has come from that tourism has done more to save the gorillas than anything else. I worked in Africa for 15 years for the World Health Organization so I tend to have very strong feelings about conservation and the need to get buy-in from local communities and to engage with people where they are. To invite input and interest, not shut it down. That’s how you make progress.

It's very appealing for films to emphasize the power of individuals to make change. But in reality, when you look at almost any discovery in science, it's a team that's done it. That's how science works mostly. It's a continuum of one discovery that builds on another and another and another.

Were there films you saw as a kid that that sparked your love of science?

When I was growing up, we always went to movies on a Saturday afternoon. Some of my favorites were classic cowboy movies where the big conflict was often about water availability and people’s competing needs for it. Today that’s part of the science I do. And maybe these movies were an influence!