Binding Us Together: More Thoughts on Required National Service 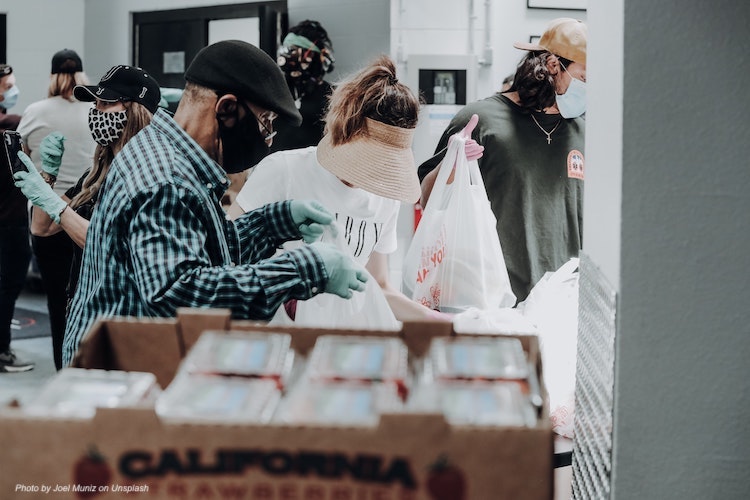 By Michael Baker, M.D., Rear Admiral USN (ret)
Dr. Baker is an OLLI @Berkeley faculty member, who was inspired to write the following after reading a recent post by Dr. Hugh Winig about national service.

I was required at age 18 to register for the military draft. For people pursuing higher education like me, this commitment to national service could be deferred. Some of us decided to serve even though it was not required.  I was one of those, who after some foreign travel following college returned so grateful to have grown up and been educated in the USA.

After some active duty time with the U.S. Public Health Service, and following medical school and surgery training, I joined the U.S. Navy. I had read they needed surgeons, and I wanted to give back. It was the most amazing decision I ever made, and I stayed a lot longer than my required time. A total of 30 years in unformed service to my country in fact.

I met individuals of various backgrounds including new immigrants, and kids from broken homes and backgrounds of abuse.  These “shipmates” became people upon whom I depended, and who depended upon me – especially when we deployed on various overseas missions including combat duty with the Marine Corps. The lessens I learned in uniform have shaped my attitudes and performance in a most positive way.  I would not give back the lessons learned for the income I had to forego or events missed when deployed.

I have participated in a formal group called the All Volunteer Forum (AVF).  This panel of experience experts and academics in AVF reported out to Congress several years ago.  What I have gleaned from this participation and other studies is that we indeed do need some form of National Service.  Required service if possible. National service in the United States has a long tradition, extending to the founding of the country.

National Service should include both men and women signing up at age 18.  Some length of service should be specified.  But not just in military uniform. There are many ways to serve. National service can take multiple forms including community service, military service, and other forms. Examples abound of programs that need to be ramped up.

These programs need to be incentivized. They should include student loan forgiveness in exchange for service in needy areas and communities, tuition assistance, and of course provide a stipend and benefits while working. Better than just wiping loans off the books.

France was the first modern nation state to introduce universal military conscription as a condition of citizenship in 1789. Conscription in France continued in various forms for the next two centuries, until being phased out from 1997 to 2001.  In 2019, President Emmanuel Macron introduced Service National Universel (SNU), a national service currently on a voluntary basis, for a period of 4 weeks. It will become a compulsory service in the future and be of longer duration. Conscripts will spend two weeks in training and two weeks performing community service. The aim of this civil conscription service is to convey French values, to strengthen social cohesion and to promote social engagement. In 2026, the SNU is expected to become mandatory for all young citizens. The completion of the SNU is expected to become the prerequisite for getting the French Baccalauréat - the university-entrance diploma, and also the driving license examination.

Wow.  Pretty big step for France.  We in the USA need this as well.  Pete Buttigieg, Elizabeth Warren, and Kristen Gillebrand have all promoted ramping up National Service. This would introduce young people to those of other backgrounds and experiences and help heal the deep divisions in our nation. We are a “can do” people with a history of national service, and required service for our youth provides a common opportunity, broader cultural exposure and future expectation for young Americans that would bind us together.

Michael Baker, M.D., Rear Admiral USN (ret) is an OLLI @Berkeley faculty member and retired trauma surgeon who also served 30 years in the uniform of his country, retiring from the U.S. Navy with the rank of rear admiral. He was awarded three Legion of Merit awards in addition to the Marine Corps Combat Action Ribbon.