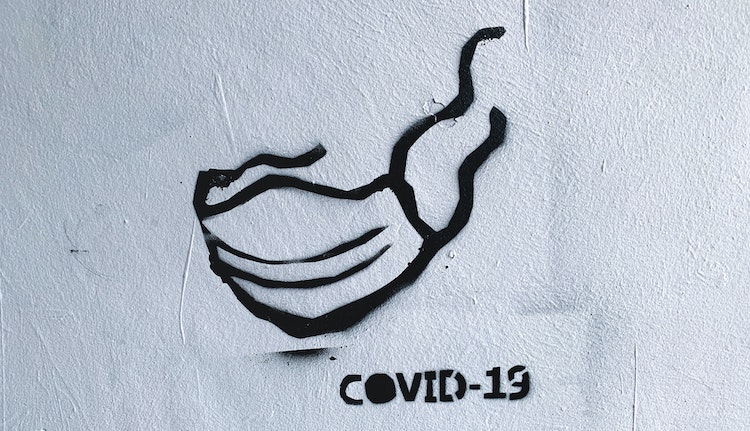 “The truth is helpless when up against perception.” -- Zack W. Van

During these threatening and uncertain times, many of us are anxious and fearful. Hungry for a sense of certainty, we often grasp for instant answers – frequently leading to erroneous, often polarizing conclusions.

A stunning example of this was illustrated when the coronavirus began to emerge as a threat in the United States. That’s when an educator at a center for lifelong learning shared the following experience with students and colleagues alike:

“I was in a drug store and saw a young man whose cart was filled to the brim with hand sanitizers, baby wipes, toilet paper … everything people need! I was so angry thinking about seniors who aren’t able to leave their homes. I told him that it was so rude of him to hoard all these things that people need, that he should be ashamed for being so selfish, and think about others for once in his life – I ranted on him for a few minutes. When I stopped, he asked, “Are you done? Because I really need to get back to stocking the shelves now.”

At about the same time, there was a dramatic spike in Google searches for “Corona Beer Virus.” According to CBS News, 38% of U.S. Americans would not buy Corona beer under any circumstances. As infections spread in late February, Corona beer maker’s stock lost 8% of its value. This suggested the distressing power of ignorance in uncertain times and brings this Japanese maxim to mind: “He who knows little judges everything by the one thing he thinks he knows.”

These words surfaced again for me when a Chinese-American friend described numerous occasions when individuals of Asian heritage were insulted, spat upon, and even physically assaulted in the San Francisco Bay Area because they were perceived to be the causes and or carriers of the “Chinese” virus.

My friend’s elderly mother many years ago had undergone a lung operation that left scarring, which produced an incessant cough. Living in an American Chinatown, the mother’s cough was for years recognized for what it was by her friends; others in the community took no particular notice until the Covid-19 virus infected the community with fear. When anyone coughed, it produced an immediate sense of peril.

When her mother went out into the community, her cough caused strangers to run from her for dear life. How apt, this Chinese proverb: “Once bitten by a snake, one is forever afraid at the mere sight of a rope.” Anxious that people would continue to treat her as a deadly threat, she chose to remain at home, an isolated victim of a tragic misunderstanding.

Just as a cough can mean different things, provoking contrasting reactions, consider how the choices between wearing or refusing to wear a mask are made and perceived in dramatically different ways.

Many wear masks because they choose to follow government regulations or health recommendations. These individuals likely believe that they are protecting others and or themselves from the coronavirus. Yet for others, the requirement to wear a mask can be seen as burdensome, uncomfortable and unnecessary. In some cases, they may not believe there’s a need to protect themselves or others; in other cases, they may be taking a drug such as hydroxychloroquine, which convinces them of their immunity to the disease; and for some, the mask requirement represents an assault on their personal liberties.

To Wear or Not to Wear

A dramatic example of clashing approaches to face coverings occurred in Flint, Michigan in early May. Multiple news outlets reported that a customer at a Family Dollar store refused a security guard’s state-mandated request to put on a mask for the safety of store employees and customers. This resulted in a heated altercation which soon led to the security guard being shot and killed.

The uncertainty about what a face covering may signify has been growing in Europe where longstanding bans on face coverings for security and cultural reasons, are now at odds in many European communities where masks are required for health reasons. Legal experts and human rights officials are now trying to navigate the conflict. How can one be expected to obey two contradictory requirements anchored in completely different realties? Being required to wear a mask for health reasons in societies in which face coverings are commonly associated with immigrants, or even potential terrorists, may soften concerns that face coverings are threats to national and cultural identity.

Confusion in the United States about what wearing masks may signify ironically intensifies as mask wearing, following CDC guidelines, becomes normalized. Taking advantage of this, thieves have used face coverings to hide their identities. As a consequence, there has been a dramatic increase in robberies. Per a CBS News affiliate, robberies by mask wearers in Santa Ana, California grew by 50% in mid-May. Other news outlets have reported a notable spread of similar crimes by those wearing surgical or N95 masks in several other regions of the country.

The tensions between wearing or not wearing a mask pose an excruciating dilemma for some in the Black and Latino communities. On the one hand, many are inclined to wear a mask to protect others and themselves against the virus, yet they know from experience that if they are seen wearing bandana-like masks, they risk being questioned, even attacked as perceived criminal gang members.

This incident made me remember a story shared by my friend Wendell, an African-American Tuskegee Airman, psychiatrist and philanthropist. Wendell was driving his Jaguar in a well-to-do neighborhood when a police officer pulled him over and aggressively asked, “Is this car yours?”

On another occasion, Wendell invited my wife and I to join him at a restaurant where we would meet his son for the first time. Waiting to be seated, Wendell glanced back at the entrance, saying “Oh, there’s my son!” I turned, searching for a young, black man. Then, I was stunned when a young, white man went up and hugged Wendell. I’ve known white people who’d adopted black children. But until this moment, my country’s racist history hadn’t even allowed me to imagine a white child being adopted by an African-American.

The effects of that history are reflected in the monstrous killings of George Floyd, Breonna Taylor, Rayshard Brooks, and many others. Their deaths have unleashed social and political tensions, in turn fueling a social media pandemic of conspiracy theories; deceptive narratives designed to reinforce and perpetuate long-held biases. The New York Times and other news outlets, for example, reported thousands of posts on Facebook and Twitter claiming that George Floyd’s death was staged, that he was still alive. This conspiracy narrative, meant to counter growing calls for social justice and widespread condemnation of police abuses, also asserted that Derek Chauven, the man who killed Mr. Floyd, was an actor, not really a police officer!

In these turbulent times, as fear and uncertainty infect the country, conspiracy theories, fake news and manipulative algorithms, exploit our tendency to see only what we look for, thus obstructing ways of seeing with new eyes.

At the same time, the insecurities and panic spawned by the invisible and threatening COVID-19 expose us to social media’s info-demic of unproven remedies for the disease. Fake treatments, such as cow urine, cannabis, cocaine, and volcano ash, to name a few, are promoted by cyber criminals who wish to capitalize on the public’s fears. Anxieties about COVID-19 tempt many to try anything that offers a sense of control. In times like these, believing is too often deceiving. Or as Houdini observed, “What the eyes see, and the ears hear, the mind believes.” 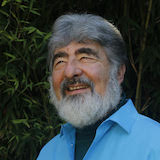