Vasundhara Sirnate is a political scientist and journalist. Her research areas include counterinsurgency in South Asia, insurgent group dynamics in India, gender justice, and societal violence. Her work has appeared in The Hindu, The Telegraph, The Indian Express, Foreign Affairs, The Wire, The Book Review, Mainstream, Economic and Political Weekly, and The Washington Post. She was formerly the chief coordinator of research at The Hindu Centre for Politics and Public Policy and a non-resident fellow with the Atlantic Council, Washington DC.

Your course explores how India in the 90s shed its non-alignment identity and rebranded itself as a great capitalist power. What, if anything, has been lost because of that change? 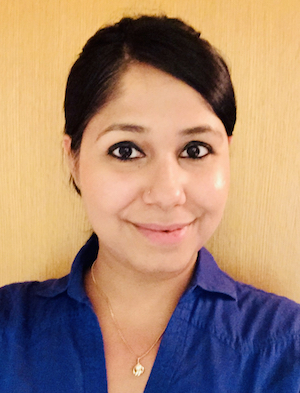 It's helpful to try to remember what was so special about the India I grew up in before liberalization. There's a brilliant academic, Ravinder Kaur, who wrote a book called Brand New Nation, which explores the rebranding of the Indian nation-state. She points out how all these images of India that are presented to the world are scrubbed and sanitized.

What has been lost is the fact that India as a democratic country was imagined as a democracy where the marginalized could be visible and heard. It was about equality, it was about equal rights and dignity for people. It was about caring for everybody, including people who never ever had political rights in India for centuries. And that idea was really positive and progressive. India once stood for non-alignment with great powers. It said ‘we’re not going to be involved in Cold War politics. We're going to try to be this non-violent, moral front, we're going to wage a peaceful war on the idea of colonialism.’

All of that has been lost along with the idea of secularism and the idea that everyone is equal. When the neoliberal ideology took hold in the 90s, not only did inequality rise, but in the process of rebranding India to be attractive to capital, citizens began being invisibilized again.

Given all that, do you consider India a democracy?

But substantive democracy? On the ground, there are secessionist movement in various parts of the country that are handled with outright violence, whether it's the tribal Maoists in central India, whether it's Northeastern insurgent groups. And then, of course, there is Kashmir, which is still not resolved as a situation. Last year and up until this year, there was, I think, the longest digital siege of any place. At one point it was so bad that many Kashmiri doctors didn't have information about coronavirus because the Indian government had cut internet services.

Can you claim to be a real democracy when you've got this well-orchestrated architecture of oppression in large parts of the country? Even now as we speak, there are farmers from Punjab who are trying to march to New Delhi. This is day six of their protest. They’ve walked hundreds of miles and have been met with tear gas and water cannons. This is not what you do in a democracy. So that makes me question the nature of Indian democracy. Procedurally, yes. But substantively? I’m not sure.

What do you think accounts for the rise of an authoritarian populist like Prime Minister Modi?

There are so many different theories out there. The first is, of course, that there is something attractive in the idea of a “strong man” and that people voted for Mr. Modi because he projected that idea. But that's more of a psychological or cultural explanation – veneration of strong men.

There are two or three things that I would point to that might explain it. One is that the previous government came across as really ineffective. There were a lot of corruption scandals that it was embroiled in, which set the stage for somebody new to come in and enter stage right, Modi. One thing that he does is that he articulates the cultural anxiety of a developing population, and instead of blaming rising inequality on neoliberalism and the capitalist accumulation of wealth, the BJP blames it on fictitious ‘outsiders’, who, in the Indian context, are not immigrants. They're people who are minorities in the country, namely Muslims. He and the party articulate this Hindu anxiety about Muslim outsiders as a source of India’s problems. It then becomes a rallying cry and a basis to try to eject these minorities from the body politic.

The final thing that I think really does account for his rise is the BJP’s social media operations and the ability to command the entire discourse through the media. The BJP has something we call an Information Technology Cell. It’s one of the most powerful propaganda tools in existence today. It's massive. They have immense money to spend on memes and gifs making fun of opposition politicians, they run promoted posts on social media platforms. They also use propaganda tools at the grassroots level to get people to come to their rallies and can control the optics of any presentation. They’ve also managed to turn major Indian journalists into propaganda tools for their agenda. We call these channels the Indian Radio Rwanda because they're constantly churning out hate speech and conspiracy theories, creating a sort of moral panic.

What are the ambitions, as you understand them, of India today? And who or what is tempering them?

India has always had ambitious people in charge and Indians really care about how they appear to the rest of the world. It’s always been interesting to see how it engages in relations with other countries. Is India becoming expansionist? I don't think so. But does it want to be seen as a superpower? Yes, absolutely. It’s become an important ally for the US in the South Asian subcontinent and is seen as a countervailing force to China. And now there's the formation of the Quad – an alliance between India, Australia, Japan and the United States – to check China’s dominance in the Indo-Pacific region. So India is certainly strategically important but it's also important because it's a huge market, which can rival China.

At the same time, India has domestic issues and that’s how ambition is tempered. If you look at its human rights record, its treatment of Muslims, women’s rights, stomping the freedom of the press — how does a country which has all of that going on inside even aspire to the status of a superpower? That’s the kind of tension this class will draw out.