In addition to studying English and dramatic art at the University of London, Stephanie Wells has a B.A. from Berkeley, M.A. from University of Virginia, and Ph.D. from UC Davis, with a focus on modernism and postmodernism in American and British novels and poetry. She has been a literature professor for over 20 years and currently teaches at College of Marin. 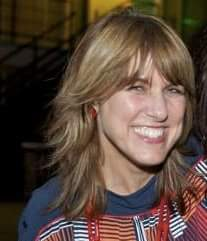 Tell us more about your research interests within the modern and postmodern period.

The first is the intersection of literature and visual art, among other arts. So for example in a course on modernism, we'll look not only at literary works but also at art, architecture and music, since all of these shed light on ways of thinking in a given time period.

The second is gender. My course this fall gives a socio-historic perspective on the ways in which changing roles for women led to shifts in the very definition of womanhood between Charlotte Brontë's time and Virginia Woolf's. Likewise, we see changes in what it means to be a woman artist; those reasons are closely tied in to social class.

In your upcoming course, what had you choose Charlotte Brontë as a starting point for modern womanhood as opposed to, say, Jane Austen?

I find Jane Eyre interesting as a character because she embodies Victorian ideals of womanhood in some ways while breaking away from them in others. Jane Eyre isn't the first independent-minded heroine, of course.

In Brontë's novel -- and in Victorian society -- education becomes a marker of class that's not related to money -- perhaps the only such marker -- and Jane occupies a liminal space where she is treated both as a servant and as an (almost-) equal. Jane is submissive, subservient, and accepting of her place... but she is also a firebrand who won't brook mistreatment or injustice.

And there's another even more interesting twist in the book that I'll avoid revealing for first-time explorers, but let's just say it complicates the implications of women's options in absolutely mesmerizing ways. Overall, the female characters in Jane Eyre navigate and embody the different ways to be a woman -- and there aren't very many ways available.

Other than championing "a room of one's own," how has Virginia Woolf helped shape the notion of a modern woman?

Woolf is operating at a different time and in a different social class than Charlotte Brontë, and she uses her privilege to highlight the role of class (i.e. wealth) in artistic creation. In claiming that artists need talent, time, space, and money, she links her argument about gender to some basic tenets of Marxism. She doesn't do this as stridently as writers who come later, but her essays are pretty polemic.

Meanwhile , her novels explore what it means for "real" women to navigate this change. The central characters in Mrs. Dalloway and To The Lighthouse are both wealthy and operating within the distinctly un-modern, Victorian "angel of the house" paradigm, but Woolf depicts them with real sympathy rather than judgment. These characters explore what it means to be a strong woman while operating within social paradigms that are hard to tear down, and Woolf portrays them with kindness even while urging younger women to challenge these same roles.

And Woolf's writing style is so compelling. No-one can write a sentence like she can. Her representation of consciousness is particularly interesting, with the way that she renders in language the flickerings of consciousness on the screen of the mind.

What are you most looking forward to in teaching this class?

Everything about it! And especially being surrounded by people who have no need to go to school for grades and credits but who still want to read a good book and exchange ideas!