Sarah Levin, Ph.D. is a Lecturer at UC Berkeley. Her research focuses on Jewish-Muslim relations in the Middle East and North Africa. Her current book project is Poetic Dueling, Storytelling, and Joking: Moroccan Atlas Mountain Jews and Muslims Remember Each Other. She is teaching “Jewish-Muslim Cultural Encounters” in our summer 2021 term. 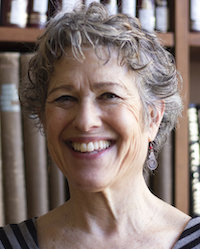 What do you see as the greatest misperception people have about Jewish-Muslim relations?

It’s the idea that they are eternal enemies; that their history is one of ongoing enmity, and that it’s somehow worse than, say, Jews and Christians. There’s very little awareness of the long, rich cultural interplay and coexistence of Jews and Muslims in the Middle East and North Africa.

What sparked your interest in these types of cultural encounters?

It’s a long story, but briefly: it was really my college year abroad in the south of France that was transformative. There I befriended a wonderful group of Moroccan students whose view on Jews and Muslims as compatriots in Morocco was revelatory to me compared to what I knew of Israelis and Palestinians, which I'd come to learn was a political conflict, rather than a religious one. I come from a culturally, but not religious, Jewish family, with very left-wing values. My parents had instilled in us sensitivity to any kind of racism or injustice. And yet, as with many Jewish families of that time—I think maybe less so today—there was a blind spot when it came to criticizing Israel for those very things. So this experience in France opened my eyes to the possibilities of Jewish-Muslim coexistence in primarily Muslim-Arab countries.

So, when I heard of a Moroccan Jewish man's photo collection of Jews in the Atlas Mountains during 1940s-1950s (just before the Jews' mass departure, primarily to Israel), I proposed the idea of an exhibit to the Magnes Museum, one of my regular clients in my graphic design business (which is what did for a couple of decades after college). This project led to my first Fulbright in Morocco and several international exhibitions, and eventually to graduate school, which gave me the opportunity for more research. I wrote my dissertation on Jewish-Muslim relations in the Atlas Mountain villages as expressed through oral traditions (tales, poetry duels, jokes) that they told about each other in the reminiscences I recorded half a century after they had lived together.

What did they tell about each other?

What I found was that Moroccan Muslims and Jews of the Atlas share in Berber cultural traditions, which included poetry duels. These were sung insult exchanges, improvised on the spot. They began with the expression of a kind of pushing away, and then a reconciliation. These were also practiced between different Berber tribes, not only Jews and Muslims. Those reminiscing even delight in having the "other" be the "winner," because it’s all about the wit. Humor is such an integral part of the exchange; It breaks down barriers and brings people together. But the thing about these oral traditions, and, especially, these poetry duels, is that they haven’t been written about much at all, and that adds to the urgency of capturing them, recording them, so they don’t disappear.

You’ve studied these oral traditions for a long time. Have younger generations shifted away from them?

What I’m discovering is that this younger generation both in Morocco and Israel are interested in learning more about them. There’s a sort of appreciation of the role Jewish-Muslim relations have in their own histories, a kind reawakening of identity after an absence. Young people today want to better understand their origin stories.

What do you hope OLLI students take away from your course?

It would be that you don’t need to put aside differences in order to get along, or to only find the ways in which you're similar; that gaining a deeper understanding of each other comes not from denying what makes us different, but from embracing it. I think that makes for better and richer coexistence.

And, since we can only cover a small sampling of this rich cultural exchange in this short course, I hope it will pique students' interest to explore more.