Sandra Phillips is Curator Emerita of Photography at the San Francisco Museum of Modern Art. Throughout her illustrious career, she has organized numerous acclaimed exhibitions of modern and contemporary photography including Exposed: Voyeurism, Surveillance and the Camera Since 1870 and Crossing the Frontier: Photographs of the Developing West, which is the inspiration behind her course this fall "Photographs and American Land Use, 1845-2020." 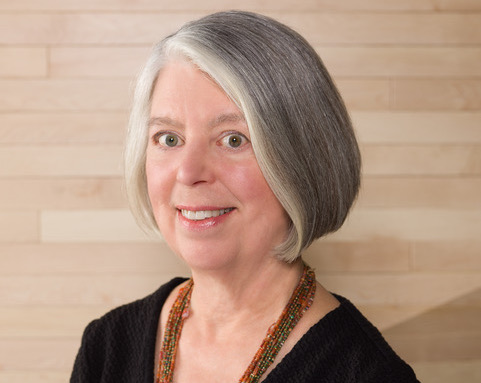 What inspired your interest in land use photography?

Well, first of all, I come from New York, though I've now lived in California for almost 30 years. When I first moved out here, I did a show called “Crossing the Frontier” which was about the West. Not the beautiful West of Ansel Adams. It was about why we moved out West, why we conquered the West, why we appropriated the West into our culture. And it spurred me to wonder about the people who were involved in rethinking the West, in creating this sort of mythology about it that we still propagate as a culture.

I always thought of 19th century photography as mostly portraiture.

Yes, that’s right. Most of the ways early photographers earned their money was to make portraits because those were saleable whereas landscape-oriented pictures were not. In fact, most of the 19th century photographs we have of land were funded by companies mostly in the East that were exploring for oil or coal or wanted to figure out where to put down a railroad. The government got involved after the Civil War, too. They supported explorations of the West because they wanted to see what resources were out here. So it's a very interesting mixture of people taking photographs — those who had a vested interest in it for the sake of developing the land and those who did it mostly later and mainly for capturing and memorializing a moment in time at this place.

Who were these early photographers?

Most of the exploratory Western photographers were formerly Civil War photographers who’d proven they were well trained. And they were almost entirely white guys. I’ve spent years looking for alternative voices and perspectives for this period. Slowly and later women become a part of it, and only much later Black or Brown Americans. There were certainly women who made portrait photography early on, and sustained themselves that way like everyone else. But for much of the time it’s been mostly a male thing to go out and make these pictures of what the country really looks like. There are some women now, in their 60s and 70s, who've been making pictures, but there are not many. Alternative voices are coming into the mix, which is wonderful.

It seems that early land use photography was very capitalist driven. Did the development of smaller cameras democratize the field?

This is a very interesting issue. By the turn of the century, there's a guy named George Eastman whose company was called Kodak, who was very interested in making cameras and photography a much simpler process that could be handed over to the common man. So, yes, democratizing it.

Not surprisingly, what happens is that there is a reemergence of the artist photographer in the mid-to-late 20th century, partly resulting from a pushback against these more amateur photographers. People like Ansel Adams are part of that, although later there's this kind of reaction by various people against his obvious romanticizing of landscape.

The Museum of Modern Art in New York was instrumental in forwarding a rethinking of photography and now we have photography as a form of art that's been valorized in museums and big, expensive books. It acknowledges this kind of whole history. And, the fact that making a big photograph with a lot of detail in places that are obscure really requires somebody who's been trained, who's got important equipment, and who can afford to go to Wyoming, or, you know, obscure places to see and photograph this stuff.

What or who sparked the public’s fascination with land photography?

I think Ansel Adams initiated it by capturing it with a kind of reverence. That was his goal and the goal of the Sierra Club. They made these photographs to sell and publicize the importance of the environment so it's a good thing. It was a way of initiating the connection that we have with the land. They popularized it and over time any college student could and can buy a calendar with beautiful Ansel Adams pictures or Eliot Porter pictures. And of course it’s almost always just the West. The East Coast and the Midwest seemed to have dropped out of view.

We have a difficult history that we have to deal with in terms of what we've done to native people and to the land itself, and we're responsible for it. I mean there are good things that have happened, too. It's not all grim. We have wonderful spaces that have been saved and preserved. We have an environmental movement that's been brave and pretty forward looking and I think that's our future. We just need to try and be better.