Richie Unterberger is the author of a dozen rock history books, including volumes on the Beatles, Bob Marley, the Velvet Underground, Fleetwood Mac, and 1960s folk-rock. 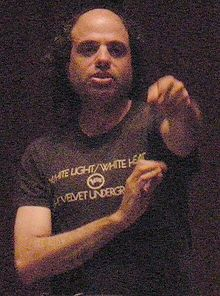 Your new class is called Women in Rock: From the 1950s to the 1980s. Can you tell us about the trajectory of women in rock during those decades?

When rock ‘n’ roll exploded n the 1950s, it was overwhelmingly male. In the early 60s the girl group emerged. Still, women didn't write all of this girl group music. Hits by artists like The Shirelles and the early Supremes and great groups like that weren’t written by them. Afterward, women became involved as songwriters and unofficial producers. The most famous is Carole King, but there were others behind the scenes who were writing, usually about romantic experiences from the perspective of young women not very much older than the teenagers buying the records. And it made total sense that it was women performers--black and white--who gave voice to this.

In soul music, women play a much more important role as performers and sometimes songwriters than they had in early rock ‘n’ roll. Maybe it was because so many soul performers have roots in gospel music and in the church, but it has to be almost half of the great soul stars were women. In the early 60s folk revival, some of the most popular performers were women, like Joan Baez and Buffy St. Marie. Folk gave birth to the singer-songwriter style and helped influence Psychedelic Rock that also had a good number of women performers. There’s the Mamas and the Papas and, of course, Judy Collins. In psychedelic music here in the Bay Area the two most popular stars, Grace Slick of Jefferson Airplane and Janis Joplin, were women. All throughout, with folk and rock merging and other influences entering the picture from psychedelic culture to form a new style, women were very prominent. Later, with punk, women asserted themselves not only as singers and songwriters but as players of electric instruments. Punk and New Wave were crucial in pioneering all women or mostly women bands.

You have written twelve books and have reviewed thousands of albums. Can you tell us about a couple of examples interesting interviews?

Sure. I'll give a couple from the Bay Area, although they span different eras and styles. One of the first popular punk groups in the late seventies was the Avengers, and the lead singer and one of the songwriters is Penelope Houston, who still lives very close to the Berkeley/Oakland border. Although I already knew she was interesting from her records, I got a full story for a chapter I did in one of my books. Not only was it unusual for a woman to be singing in a forceful and confrontational style, which is how she started her career, she then moved to alternative rock music with a much gentler sound but still piecing lyrics. It was an extremely unusual transition. I asked her about that. She emphasized that her styles might differ but the anti-establishment point of view that she brought to the music and lyrics is similar. That was an interesting interview. To this day she performs and records in both styles.

One of the San Francisco psychedelic groups that was very popular at the time was It's a Beautiful Day. Their big song was White Bird. Only about six months ago one of my students asked if I had ever talked to Linda LaFlamme, the keyboard player. I hadn’t, and when I interviewed her, I was really surprised. She said she had never been interviewed about her time with the group. It had been 50 years since they did their first album--and the only one on which she played until now--so getting to be the first person to talk to her about her career was exciting. I felt like it was important to rock history and to Bay Area cultural history and I couldn’t believe no one had approached her before. Aside from that, they were very interesting stories because their manager also managed Jefferson Airplane and Moby Grape. Linda was an unusual electric keyboard player because she played a hammond organ with one hand and a Wurlitzer electric piano with the other at the same time. She talked about transporting her stuff to their gigs on buses, playing the Fillmore, co-writing White Bird and her break from another guy in that group, her husband at the time.

It’s amazing that you are the only person who has interviewed her.

Yeah, that's part of the reason she was so interested in talking. She had all these stories bottled up. She said it was a cathartic experience for her, not only to be able to talk about the creative side of the music, but also about all of the stuff that led to her leaving the group.

Could you tell us about some of the most notable concerts you've ever attended?

Sure. I’ll give you three. In 1990, I saw Marianne Faithfull at Slim’s in San Francisco, which is not that big of a place. I had never seen her before. She had had a very unusual career transition. She started as this pop folk singer as part of the British Invasion. Back then, her voice was high-pitched, almost angelic. Her big hit was “As Tears Go By” which Mick Jagger and Keith Richards picked up. But soon afterwards, she spiraled out of the music scene. She made a comeback in the late 70s with Broken English. It was an album in this almost angry New Wave style and her voice was almost an octave lower. She smoked a lot--that was part of--but it was also a very different style. Also she wasn't writing her own hits when she had the more innocent style of the mid-60s. Now she was writing a lot of her material. When I saw her at Slim’s, she was doing the more recent material in this low and husky voice and it was even more impressive than on the records. It was a surprise to hear it on the record starting in the late 70s but it was still a surprise to hear it live because she had kind of become her own woman through writing her own material and exploring different styles.

Another time I saw Patti Smith in the park behind City Hall, within walking distance of Freight & Salvage. She gave a free concert to benefit KPFA in the early 2000s. That's a combination you rarely see: a very important performer, maybe the most well-known new wave woman punk singer, doing something for a cause. It was really cool to see a rock star doing something for free, to benefit this important voice of the Bay Area. She performed behind City Hall on a Sunday afternoon, and you could get really close. She was actually urging some of the people with young kids to move back. She was worried that it was going to damage their hearing. It's kind of funny to hear a rock star be that conscientious.

Someone I am covering in my classes is Buffy Sainte-Marie. Since the 60s, she has been involved in all sorts of stuff. She played Hardly Strictly Bluegrass in 2016. I got there an hour and a half early because that's how much I wanted to see the concert. I got within two rows. It was really good . . . and she is 75, so that in itself is impressive. I went with a friend who didn't know anything about Buffy Sainte-Marie and near the end of the concert my friend turned to me and said, “This is great!” It's evidence that when these veteran performers who are sometimes considered passe by the media are seen live they can make an impact even on people who haven't followed their careers.

What are you working on these days? Do you have a new book?

The book that I'm working on is unlike any of my previous books. Only about 10 to 15 percent of it will be about music. The publisher specializes in photo books. They have a series devoted to the history of major cities in the world: London, New York, Los Angeles, Paris, Berlin and Rome. I am doing their book for San Francisco. It is a big coffee table book that basically tells the history of San Francisco through photographs. It starts in about 1850 and goes to the present. I am doing all the photo research and writing all the text and captions. So it's a lot of work, and I hope that even if people know a lot about the history this will tell stories that aren't as familiar.

What has been the biggest surprise so far in your research?

I was trying to find aerial views of San Francisco from the early 20th century and the San Francisco library gave me a folder with general views through the 1950s. There was a picture from 1947 that I had never seen before. When I looked at it, I couldn’t believe it wasn’t famous. It shows a woman who looks like Marilyn Monroe climbing on a rooftop around Bernal Heights. And it's a world class photo. You see the whole downtown and Fort Mason up to the bridge in the kind of fog that you just can't plan for. It looks like a movie set. It is good enough to be on the cover of this book, but it's not famous. It was published in the San Francisco Examiner and probably hasn’t been seen since then.

It is, but keep in mind that for each of the four to five hundred photos that will make the book I will view a thousand others. Literally. I'm not exaggerating. A lot has to be winnowed down. So maybe a few years from now I can do a course on the photos of San Francisco for OLLI, but for now, we will stick with Women in Rock!