Richard Walker is professor emeritus of geography at UC Berkeley and author of The Capitalist Imperative, The New Social Economy, The Conquest of Bread, The Country in the City, The Atlas of California, and Pictures of a Gone City. He directs the Living New Deal Project at UC Berkeley. 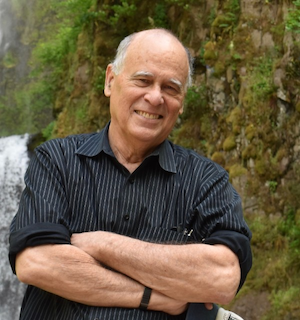 The New Deal is known only vaguely by Americans today, except for a few older Americans and historians. Americans may know about Social Security, that there were employment programs and a few things like that, but they don’t realize the vast extent of the New Deal's investment in modernizing the country. The Roosevelt works programs like the WPA and PWA constructed hundreds of thousands of public works across the country. The Living New Deal has only scratched the surface. We have about 15,000 projects on our map, but it’s a lifetime task to track them all down.

So the 50 projects in Berkeley and the 250 projects in San Francisco listed on the Living New Deal map–those are just the beginning?

The Bay Area is covered better than other places, because our project started here. I think Berkeley is just about complete. Yet even here things like street trees and sidewalk repairs and sewer lines are almost impossible to track down. We know these were done in Berkeley, but we don’t know exactly where. So we have lots more research to do.

Why is it important to create this online archive? Is there any other archive of the full scope of projects under the FDR administration?

No, there isn't. The problem is that the New Deal programs were all disbanded pretty quickly as the war came on, or even earlier as the Republicans got control of Congress and shut some of them down. In almost every case the regional and national offices had no time to do final reports. There are some, but nothing comprehensive. Even the records were never gone through and clearly sorted out. For example, at the National Archives there are literally thousands of 3-by-5 cards about WPA projects that were proposed and approved; but you can’t tell from the cards whether they were actually built. So the coverage is pretty sketchy; there was never any systematic recording of what was done. That alone is an historical and geographical project worth doing: historians, let alone the general public, simply don’t know what the New Deal accomplished, so compiling this centralized archive is a public service.

When and how did we lose that sense of civic and social investment?

After about 1970. Everybody knew about the New Deal in the postwar era, but at the time it was just part of the woodwork. The big buildup of public works continued in the postwar era. We talk about Eisenhower’s interstate highway system, but in fact it was a carry-over of the New Deal: planned during the war and preceded by the New Deal's massive federal intervention in road building. In fact, the single biggest public works program of the 1930s was the building of rural roads.

With the arrival of Nixon and Reagan, the right came to power in the U.S. For a long time, the right-wing think tanks had had this mantra to erase what the New Deal had done because it interfered with the free market, taxed the rich and limited the power of corporations. That ideology became policy with the era of neoliberalism in the last quarter of the 20th century. It took out all too many of the New Deal's regulatory controls, as in the case of banking, and brought severe tax cuts that more or less defunded the government, except for defense (and Social Security).

Your newest book is Pictures of a Gone City: Tech and the Dark Side of Prosperity. What are some of the dark sides of the tech boom?

I’ve had a long-term interest in the history and geography of the Bay Area because I live here and because I’m an urban geographer. In a way it dovetails with the New Deal, because after this long period of neoliberalism, even in the liberal Bay Area — you have to remember, California was one of the leading areas of neoliberalism at the end of the 20th century — a lot of the same problems show up: poor infrastructure, weak government management, less regulation of industry, defunding of public housing and other social service programs, etc. So you end up with homeless people and the private market in command of pretty much everything and out of control. My goal was to highlight the problems the beset the Bay Area even though it’s the most prosperous single place in the world in this last decade. If we can’t get our priorities in order here, that’s not very promising for, say, Indiana or Louisiana.

I taught California geography and California water resources for years, and in the process I learned about many different aspects of California. When I started working on the book around 2000, there were a lot of good books on California agribusiness, but there hadn’t been an overview since the 1970s. I had my own schtick: I had contrary views about the social side of agribusiness and particularly about the myth of small farms. I wanted to show that California agriculture was a capitalist operation. Many of the great English historians have written about the agrarian revolution in England, which actually preceded the Industrial Revolution, and I realized that California was probably the second best case of capitalist agrarian revolution in the history of the world and was absolutely vital to the development of the state and of the United States.

Given the droughts that we have experienced since your book came out in 2004, would you revise any conclusions if you were writing the book today?

What I brought to the book as a geographer was knowledge of the physical geography of the state of California. I have always been interested in things like water, soil, pesticides and changing ecology. When I was a young professor in the 1970s, there was the farm workers’ movement of Cesar Chavez and the effort to control DDT — not just because of Rachel Carson but because of the farm workers' demands — and also there was beginning to be a lot of activism around toxic pollution, farmland monopolization and water resources. That background informed my perspective. And while I was writing this book, climate change was already well-known among geographers, so I wanted to bring in the ecological side, as well.

California’s water problems aren’t new. The problem with California water is an excess of demand. We actually have quite a lot of water: we have the average rainfall of Vermont on the whole, but the southern half of the state is semi-desert while the northern half is part of the rain belt of the Pacific Northwest. So the problem is moving water south, getting it out of the Sierra, and also getting it up from aquifers in the valleys. We have water — contrary to the old view that “whiskey is for drinking and water is for fighting” — but we have a terrible, crazy system of water law. We developed our water resources without any regulation, first for mining, then for agriculture. The big cities also played a nefarious part in the general water grab, as shown in the movie “Chinatown” – which is fictional and yet quite true.

But agribusiness uses three-quarters to four-fifths of all the water withdrawals in the state. Cities don’t use that much water. To the extent that they do, it’s for things like golf courses and big backyards in the suburbs, which are pretty easily controlled in droughts. By contrast, agriculture builds water into their whole calculus, and when they’re overusing and you ask them to cut back they scream and yell. Agriculture was the state’s most powerful industry from 1875 when mining started to die out until the 1950s, and they still have this incredible power base in the interior valleys. Jerry Brown, Dianne Feinstein, Kevin McCarthy, Devin Nunes, all these very powerful political figures in California are all beholden to agribusiness to this day.