Learn more about OLLI's courses, lectures, and social programming and hear directly from many faculty about the courses and workshops they will be teaching. 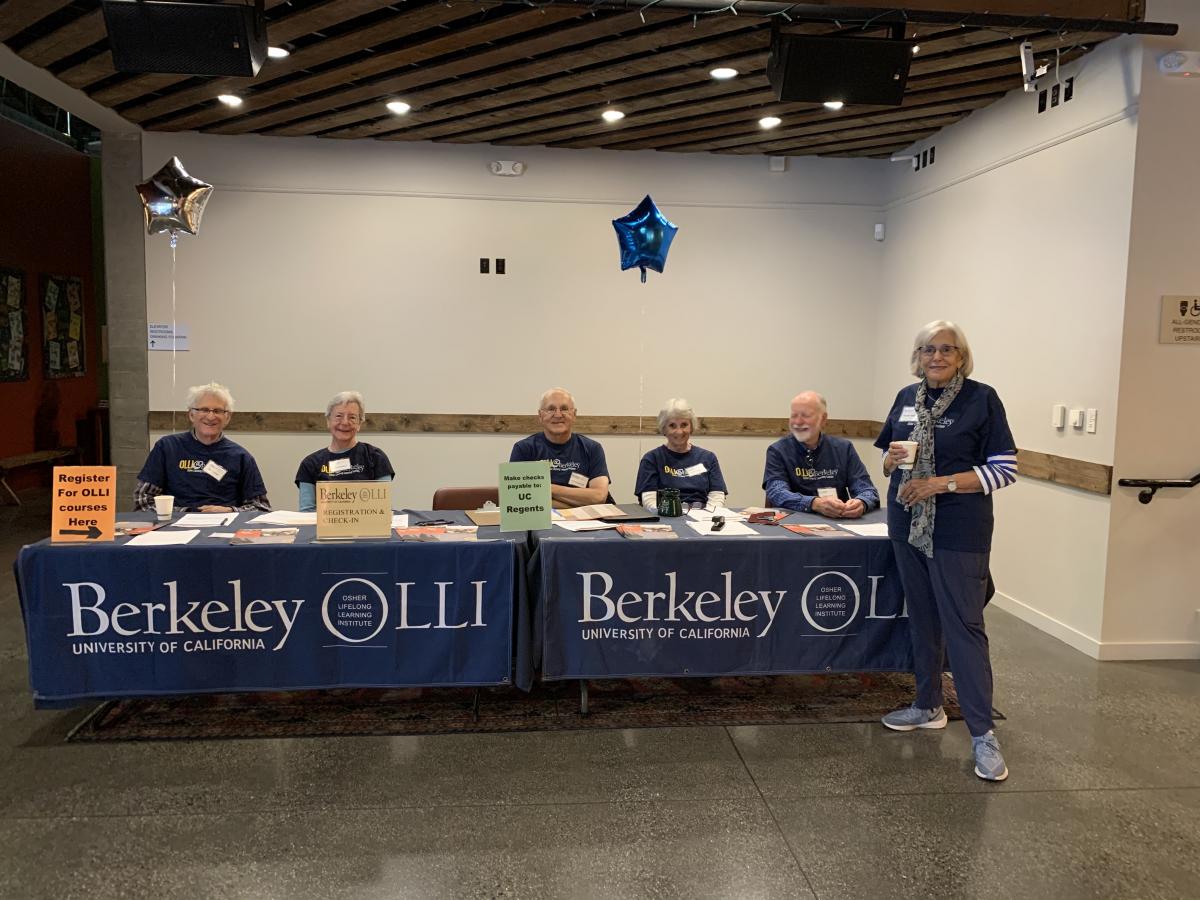 Learn more about OLLI's courses, lectures, and social programming and hear directly from faculty about the courses and workshops they will be teaching in Lafayette. 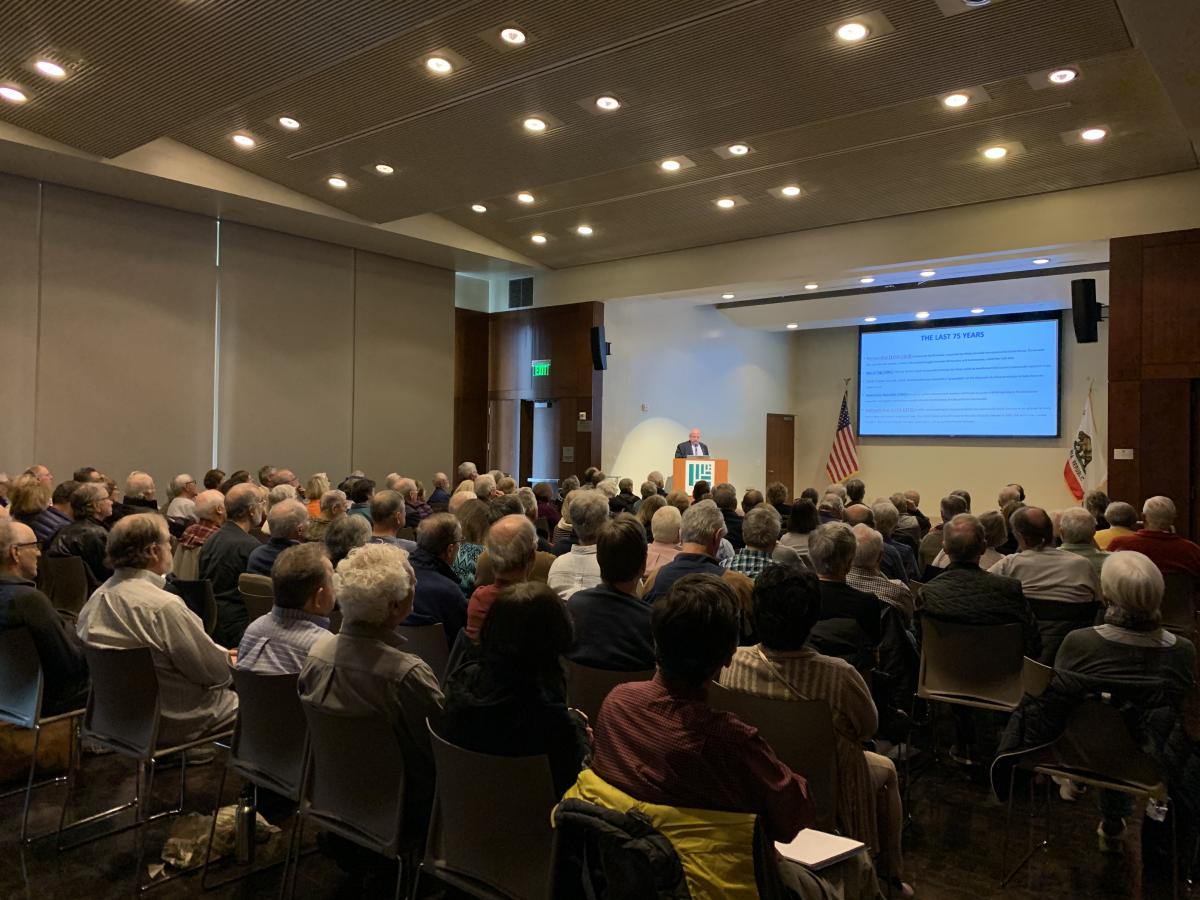 Nordic countries - Sweden, Norway, Iceland, Finland, and Denmark - consistently rank at or near the top of virtually every global sustainability metric. This includes the UN Sustainable Development Goals (SDGs) Index of the 17 UN SDGs that includes No Poverty, Reduced Inequalities, and Climate Action.
American discourse about the Nordic countries often involves charges of 'socialism' that can often spiral into unproductive ideological debates. Nordic countries have pragmatically developed a variety of capitalism over the past century where markets are utilized where they work and kept in check where they do not. The result is a more sustainable variety of capitalism and, together, we will explore potential lessons for the U.S.

Dr. Robert Strand is Executive Director of the Center for Responsible Business and Lecturer with the Haas School of Business at the University of California, Berkeley. He also holds the title of Associate Professor of Leadership and Sustainability with the Copenhagen Business School in Denmark. 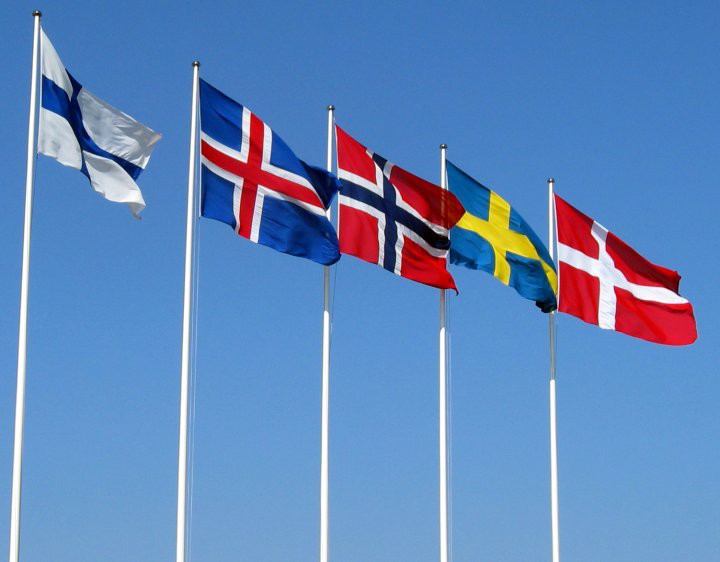 The Impact of the #MeToo Movement: How Journalists See It

The MeToo Movement is a human rights movement, building on decades of feminist theory, law and legislation against gender-based discrimination, harassment and violence. Its impact is affecting all workplaces, and social life too. It is, of course, changing how we teach and practice journalism as well. The social change we are seeing is rapid, cumulative and far-reaching and raises new questions of fairness to both accused and accusers. Where are we now and where are we headed? 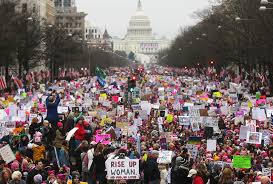 Words Over Time: An Intergenerational Dialogue Event about Women’s Rights and #MeToo

The focus of this intergenerational dialog is women’s rights and the #MeToo movement. Has the status of women noticeably changed from one generation to the next? How has the #MeToo movement impacted the long-term project of strengthening women’s rights and changing the way we think about gender in America? This intergenerational dialogue is intended to address these and other related questions in a way that is engaging, innovative, transformative, and empowering for all.

Darren Zook teaches in Global Studies and Political Science at UC Berkeley. His research interests focus on comparative projects of politics and justice around the world. He has received numerous teaching awards, including the Excellence in Teaching award from OLLI.

Please join us in celebration of Beverly Crawford, this year's recipient of the fifth annual OLLI @Berkeley Excellence in Teaching and Learning Award.  This award is given to a UC Berkeley faculty member who teaches at OLLI and demonstrates an ongoing commitment to engaged learning.

Professor Crawford is an international scholar and activist of extraordinary depth and commitment.  Her higher education included UC Davis, Chapman College, Boston University and UC Berkeley where she received her PhD in 1982, where she is now  Professor Emerita of Political Science and Political Economy. Traveling and teaching, she has written and lectured her way around the US and Europe, NATO, the European Union and the IMF.  Her range of subjects spans from peace in the Middle East, Germany's export policies, the impact of 9/11 on the world economy to the causes of war in Yugoslovia. In the past decade her concern for the refugee situation has brought her to places in Europe, the Middle East, and Central America, where she is hands-on in relieving the misery she has encountered, including last December in the operating room of an eye hospital in Guatemala.

Bev has taught nearly a dozen courses at OLLI including:

Hear Bev's recent talk "Lies about Migrants" given as part of our ongoing OLLI Speaker Series and read an interview with her from our archives.

The Aesthetic Speech of the City

This talk will present an overview of the Oakland Cultural Plan and Roberto's thoughts on Creative Placemaking/Creative Placekeeping as it relates to City making.

Roberto Bedoya is the Cultural Affairs Manager for the City of Oakland where he most recently shepherded   the City's Cultural Plan. - "Belonging in Oakland: A Cultural Development Plan". Through-out his career he has consistently supported artists-centered cultural practices and advocated for expanded definitions of inclusion and belonging in cultural sector. His essays ““Creative Placemaking and the Politics of Belonging and Dis-Belonging” ; “ Spatial Justice: Rasquachification, Race and the City” and “ "Poetics and Praxis of a City in Relation"  has reframed the discussion on cultural policy to shed light on exclusionary practices in cultural policy decision making. He is a Creative Placemaking Fellow at Arizona State University. 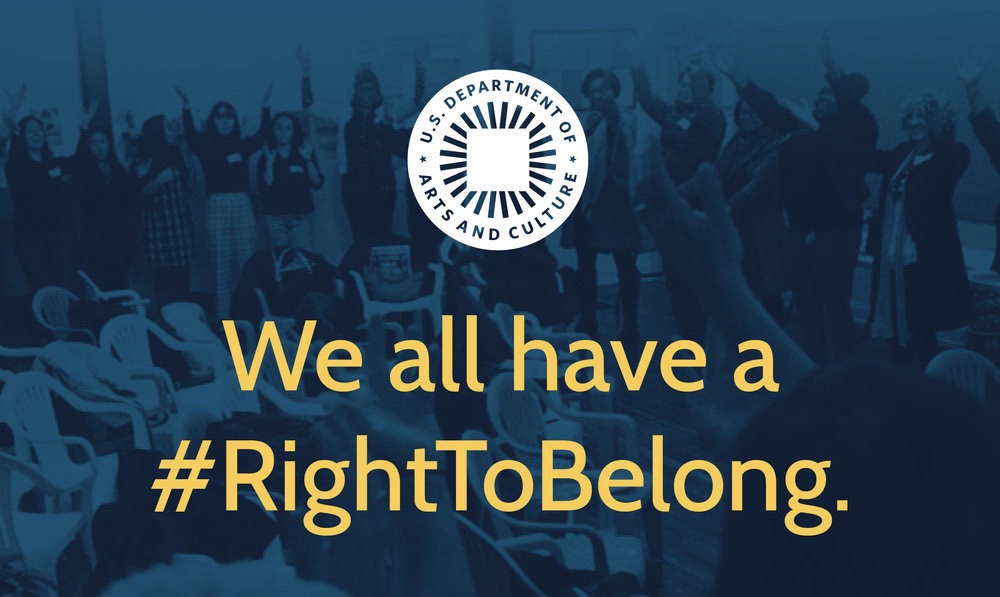 The Green Energy Revolution is Now

This talk will examine the revolutionary changes taking place in clean energy around the planet, and how the Youth Climate Movement, and the Green New Deal can become the 'new normal'.

Daniel M. Kammen is a Professor at the University of California, Berkeley in the Energy and Resources Group where he serves as Chair, the Goldman School of Public Policy where he directs the Center for Environmental Policy, and the department of Nuclear Engineering. He served as Science Envoy for the US State Department under President Obama.

Join us for a lively lecture from film historian Harry Chotiner about the state of American cinema. He’ll talk (and answer questions about) Hollywood blockbusters, indie favorites, the impact of the #MeToo movement, changes (and non-changes) in the film academy and Oscars. Plus, chat about the best, worst, and most interesting films of 2019. See Harry's list HERE.

Student Debt and the Financing of Higher Education

This discussion will explore the many contributing factors behind the past thirty years’ trends in higher education finance and the rise of student debt.  It will highlight some of the institutional and political interests behind the rise in indebtedness, the (so far) inadequate responses to the problem, and whether real solutions are possible.

The New Global Politics of Waste

This lecture addresses how wastes have become globalized, but also how one decision - such as China's decision not to import paper and plastic scrap - can affect all of us right down to weekly decisions about taking out the trash.

Words Over Time: An Intergenerational Dialogue Event about Educational Funding and Student Debt

We rarely think of diversity in chronological terms, yet the phenomenon known as ageism involves stereotypes and misunderstandings that affect young and older adults. Words Over Time: An Intergenerational Dialogue seeks to address ageism through a dialogue between OLLI members and UC Berkeley undergraduates.

As of 2017, California’s uninsured rate stands at just over 7 percent. Moving towards universal health coverage in California for the 3.72 million projected to be uninsured in 2020, of which about 1.5 million are undocumented, is a significant challenge but has considerable benefits. Universal coverage will allow all Californians to have improved access to care so they can prevent and treat illnesses that can be passed on to others. While most Californians support universal coverage, there remain reservations about the cost of doing so.

Remainders of Communism: China, Vietnam, North Korea, and Cuba in a Post-Communist World

The four surviving communist regimes are very different from each other, in both their domestic and foreign relations. Looking to the future,what are their prospects?  And what are the implications for US foreign policy?

This talk is free and open to all current OLLI members.

The Fourth Age Salon is an ongoing program for OLLI members who are 75 years and older. Facilitated by OLLI Director Susan Hoffman, the Salon offers members a chance to hear a thought leader, meet each other and discuss their preferences for learning new ideas.

The theme of this year’s summit was “Disrupting Neurodegenerative Diseases.” Hosted by the Osher Lifelong Learning Institute (OLLI), and several other UC Berkeley campus partners, it showcased emerging findings and novel innovations as well as fostered a robust cross-pollination of ideas and voices — interdisciplinary collaboration rarely seen at such conferences.

The Economic Damage of Future and Past Climate Change

We know the climate has changed. Berkeley's average temperature has increased by 2.8 degrees Fahrenheit since 1960. And temperatures are projected to increase significantly by the end of this century. But the big question is what does this mean to humans and the natural systems they depend on? Economists over the past decade have worked hard at calculating how big the damages from climate change will be and what it will cost to avoid the worst consequences. This talk will provide an animated overview of what we know and what we don't know.

The Populist Temptation: Economic Grievance and Political Reaction in the Modern Era

Populism of the right and left is on the rise in the United States and Europe. The impulse reached its height in the United States with the election of Trump and has been a force in Europe ever since the Great Recession sent the European economy into a prolonged tailspin. Professor Eichengreen will discuss the global resurgence of populism today. He will address questions such as: How do downturns give rise to populist movements? Why does populism degenerate into demagoguery and xenophobia? Professor Eichengreen will also share his proposals on ways to control the corrosive political and economic impacts of populism.

Words Over Time: An Intergenerational Dialogue Event about Climate Change**FULL**

Facilitated by Darren Zook, the dialogue will bring multiple generations together to discuss the critical topic of climate change. Often described as an issue of intergenerational justice, climate change is frequently framed by the idea that present generations have duties toward those in the future. This makes it a perfect topic for intergenerational dialog about the impact of mitigation vs. adaptation for people at all levels of the socioeconomic spectrum and the balance of current and future resource needs. This event offers a platform to initiate civil, reflective, and meaningful conversation across the chronological divide and across the social and political landscape.

Lies about Migrants: Immigration Policy in a Time of Post-Truth Politics,

Many authoritative opinion polls in both the U.S. and Europe show a grossly misinformed public on the issue of immigration. Numerous studies demonstrate that anti-immigrant voter attitudes and economic and security concerns about immigration are not based on personal experience and are not driven by facts.  I argue that misinformation, exaggeration, distortion of facts, and fabricated content—all bolstering false narratives about migrants—are important factors explaining  the politics surrounding immigration policy in both Europe and in the U.S.

A Transitional Time in the Supreme Court

It is a new Supreme Court with Justices Gorsuch and Kavanaugh.   What have we seen so far?  What should we expect in what looks to be a blockbuster October 2019 term?

All OLLI Classes Have Resumed

ALL OLLI classes have resumed as scheduled, including Lafayette.

Fuel for Thought: Deconstructing Alzheimer’s to Find the Road to Remember

Cognitive decline, such as with Alzheimer’s disease, is among the most-feared aspects of aging.  Researchers tend to echo the sentiment that we have yet to understand its cause or how to treat this condition effectively.   This informative and optimistic presentation reviews the statistics and the science, then deconstructs the evidence-based origins of the Alzheimer’s disease process.  What’s revealed is how the coveted “road to remember” is within our grasp, and the considerations to help us understand how to resist that ominous decline.