Pierluigi Serraino is teaching a class this Fall on "California Modernism and the Making of Modern Architecture." For our Winter term, he will offer a class on "Creativity in Architecture," examining Donald MacKinnon's studies of creativity at UC Berkeley in the 1950s, which analyzed the traits of a number of famous architects and other creative luminaries. Mr. Serraino is the author of an upcoming book on these studies. 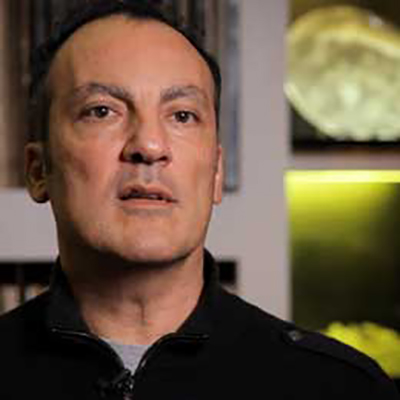 What brought you to California?

I first visited California as a teenager, and when I moved to Los Angeles in 1994 I idealized it as the perfect place: tolerant, forward-looking... Now I have a more nuanced understanding both of California and of my hometown Messina in Sicily. Los Angeles is striking for its mindset of experimentation: there's a level of freedom there -- including the freedom to make mistakes -- that you don't find even in Northern California.

I first studied architecture at the University of Rome, which was very technically oriented and historically informed but more traditional. When I came to study at the Southern California Institute of Architecture (SCI-ARC) - and then later at UCLA - I found a very different perspective.

What drew you to the mid-century modern aesthetic?

I've always been interested in modern architecture. It was a huge leap in an an area that had previously been stable for centuries in Western culture, and it's such an embodiment of that era's faith in technology and progress.

I became interested in architecture through architectural photography. Since architecture is site-specific -- you can't put a building in a museum! -- so much of what we know about architecture comes from photographs. And 10 different photographers will give 10 different expressions of a given building, which contributes to the viewer's endorsement or rejection of the building. I became interested in the architectural photographer Julius Shulman. I wrote my thesis about him at UCLA. Prior to meeting him, I had assumed there was a one-to-one correlation between the image and the building, when in fact the photographer controls so much about our experience and expectations of a space.

How did you first become interested in the research that was done on creativity at UC Berkeley in the 1950s?

My interest started when I met the son of one of the architects studied. He told me he had found the files on his father, and I started making phone calls...

The study was very tied into the Cold War. During World War II, Donald MacKinnon had worked with the Office of Strategic Services to screen potential spies and resistance leaders. After the war, he founded the Institute of Personality Assessment and Research, and in the immediate aftermath of Sputnik there was tremendous interest in identifying the personality traits of creative individuals.

What did the study reveal?

Of course, this study was rooted in the belief that science could tell us something clear and unequivocal about creativity. It was the first systematic study of its kind. MacKinnon and his team identified a number of factors that set innovative architects apart: their motivation, their family history, their relationships with parents and mentoring figures, their intelligence, and especially their courage. Not all of them were psychologically stable, but architecture was an element of integration for other areas of their lives. All of them had a strong sense of self, and a conviction about their expertise and the value of their perspective. These same findings were also true for other creative professions.

There are recordings of these experiments, including group discussions of these architects articulating why they do what they do. We will be able to listen to these in class. Overall, the study is a fascinating window - not only into postwar architecture, but also into the values system they all believed in during this period when United States was being mythologized as a superpower.

Although articles on this work were published at the time, no book-length study has been done until now. Due to guidelines around human subjects research, a lot of the material was confidential for 40 years, but those restrictions no longer apply so I was able to include a lot of the backstory in my book.

How closely were you able to work with the study organizers and participants?

I spoke over the phone with Wallace Hall, one of the scientists who organized the study, shortly before he died. I was able to track down Victor Lundy, one of the architects of the creativity study, who was 36 at the time and 92 today, and interviewed him over the phone. I also had a number of conversations with Ravenna Helson, who led the study of creativity in women mathematicians and was also involved in the administration of some of the tests for the architects' study. She was the quintessential primary source.

What stood out for you in writing about the study?

These architects' sense of conviction in the value of their perspective carried a strong message for me: to listen to yourself, and give yourself more credit for your uniqueness as an individual. We all have an inner voice when we're born, but as we grow older we are taught to conform, and we become regimented. It was very moving to see how much these architects held on to their sense of self in a system that wanted them to homogenize.

What do you like best about working with OLLI students?

No papers to grade! Also, my audience is informed and intellectually alert... and they are in the classroom only because they are interested in the topic. My particular topic helps people be active citizens: if you get informed about architecture, you can have more of a voice in your community.