Pete Elman has performed, composed, arranged, produced, and taught all genres of popular music since 1962. He is a freelance writer, taught school for 15 years, and published an acclaimed book of song-poems. He has taught several popular classes on 20th-century music with OLLI. 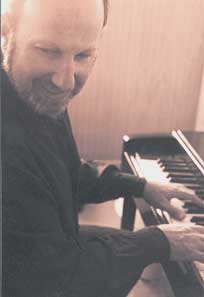 You have been performing, producing, and writing music since 1962. What got you started as a musician?

I grew up in Washington, D.C. I started learning music theory when I was five, and began piano lessons when I was seven. I started playing in bands when I was ten, picked up the trombone at 11 and played in the dance band at school (what would today be the jazz ensemble). There was never any question of what I wanted to be when I grew up; never really any consideration of anything else. I learned guitar and bass at 14. By then I was working most weekends, and by 16 I was writing songs, and did a short stint as musical director for Peaches and Herb. After college in Boston and a year on Cape Cod, I moved out to Los Angeles with a D.C. band that had a record deal; that fell apart, so I spent a couple of fun years in Santa Cruz. I then moved to Austin for two years — learning a lot from Texas musicians — before moving back to San Francisco. I played with a lot of great people along the way — among them Tom Johnston of the Doobie Brothers, Lacy J. Dalton, and the band Pride and Joy — and worked as a studio musician both in San Francisco and Los Angeles.

And you're also a teacher.

I've been a music teacher at Blue Bear School in SF, and I also have a teaching credential in History. I've taught part-time with the Albany school district for the past 8 years. I also worked as a freelance sportswriter for the Contra Costa Times from 2000 to 2011, and was the columnist for the Oakland A's Fan Coalition.

How did this course come about?

A friend, Dave Meggyesy, taught an OLLI course on football last fall. I had written a feature about him for the Times a few years back, so he knows me as a writer. When he suggested that I could teach a course on rock and roll, I thought up the outline for the course in about two minutes. I contacted Susan [Hoffman], and it all fell into place. Of course, teaching at the Freight and Salvage is ideal for this kind of course.

What has been the most rewarding part of the course for you?

This course combines four things I love: music, teaching, writing, and history. The students are completely focused, and it's great to see them connect with the material. Overall, it has been very rewarding to teach something I'm passionate about and be able to share that passion.