Dr. Michael Baker is a semi-retired general and trauma surgeon who served his country in uniform for 30 years. In his role as a Navy officer, he had experience in operational medicine, combat deployments, medical intelligence, and strategic planning. He retired with the rank of rear admiral. 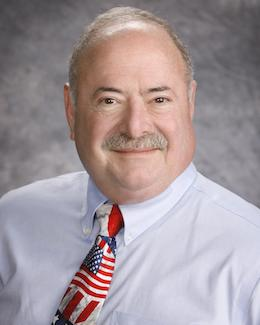 You posit in your syllabus that there’s been a revolution in US military affairs. What sort of revolution?

Certainly there’s been a technological revolution with advances no one could have dreamed of decades ago, that goes without saying. But one of the things that most fascinates me is the disconnect of the American public from the military. The military is an all-volunteer force so the public is just not engaged. We've created essentially a Praetorian Guard. Unless your family member is involved, much of what the military does flies under the radar.

Just look at the numbers. During World War II, the US population was 130 million or so and we had something like 13 million people in uniform — about 9% of the total population. Now we have a fraction of that. We have a population north of 320 million and only one or two million serve. And this disconnect creates a massive gap between the decision-making process and the effects on the American public. We never questioned the War Powers Act to enable George Bush to go into Afghanistan and Iraq, and most people didn’t seem to care, and here we are, 19 years later. We also don't have any taxes that are directly paying for any of the conflicts we've been engaged in for two decades so no one feels the pain of the trillions of dollars we're spent and continue to spend. So, I believe one of the most significant revolutions is the disconnect between the American public and the American military.

Your class is titled “Strategy and Foreign Policy: The Use (and Misuse) of the American Military.” What’s an example of misuse you think has had the most damaging and lasting impact?

Iraq. The invasion of Iraq because that has triggered all the events going on currently. There was no basis in reality for us going in because Saddam wasn't a national security threat. Iraq didn't have nuclear weapons. They weren't training Al Qaeda terrorists. The pretense of invading was totally made up. We removed Iran's biggest enemy and enabled Iran to be a big player on the world stage and a promoter of terrorism. By taking Saddam out, disrupting the Iraqi country, and everything that’s happened subsequently, from creating millions of displaced refugees, to the rise of ISIS, the craziness going on with the Kurds in Syria and really just about everything else you can think of has been the result of the invasion of Iraq in 2003. I think it's a tremendous stain on this country’s image. There are numerous examples of what we’ve done wrong, from Lebanon, to Vietnam, to Grenada. The list is long.

What do you consider to be a good use of the military?

Economic power and the use of the military are all tools of foreign policy. I don't really believe we have effectively used our military hard power in a good way in a long time to carry out something in the interest of the national security of the United States — efforts that were either correct or done properly or brought about the correct result.

We have done some joint military stuff in other countries, doing military exercises. That’s important. And our military's been engaged in a lot of places short of actual combat where we've done a lot of good things and I think there are numerous examples. We do humanitarian missions, like when we sent our guys to Africa to help with the Ebola outbreak several years ago or to help in Banda Aceh after the tsunami. Good non-combat, non-hard-power efforts. Plus, our presence has prevented North Korea from overrunning South Korea, and with NATO we've prevented the Russians from, you know, invading the Baltics. But the world is changing very fast. We're not changing with it.

Do you mean warfare is changing?

The future of warfare is changing. I don't envision a war where we use tanks and armored cars. We're going to be using cyberwarfare, we're going to using artificial intelligence. But I don’t have a lot of faith in Washington right now. The cyberwarfare barrier that we should be putting up to strengthen our electoral process isn’t happening. If you can't even get people in leadership to agree with intelligence agencies saying that we're being attacked by the Russians ... I mean, who wouldn't want to support that? I'm astounded. So yeah, we should be working on cyberwarfare. I’m sure there are people now doing the right thing behind the scenes. We just don’t know about it yet, and there is no leadership from the top to protect the US.

You have a fascinating background. Can you share a little with us?

I grew up in the Vietnam generation. You know, by the time the Tet Offensive and the Kent State shootings happened, I was pretty anti-war doing everything I could do to make sure I didn't get sent to Vietnam. But by the time I graduated from medical school, I decided that I wanted to serve my country and also take care of those who would step up and serve their country whether the conflict was just or unjust.

I had all this heavy training and was ready to go out and operate on everybody — that's what you do when you're a surgeon and you've done years of surgery training. Of course, what the Navy said is that I had to do my first tour on a carrier. Well, at peace time being on a carrier in 1980 would have been incredibly boring. And I didn't want to do it. So they said, well, go into the reserves and we'll find a spot for you. Eventually, I got sent to work with Navy Special Warfare, which is everything except the big things in the Navy such as small patrol boats, coastal patrol, Navy divers, Navy Seals, and all kinds of things. My assignment was not to be a surgeon, but it was to get them ready to go on their missions and their deployments. Later, I was assigned as a medical intelligence officer. When Desert Storm came, I really wanted to be a surgeon again – taking care of casualties was the reason I joined. I was able to get myself into a great combat casualty unit to take care of the Marines in Desert Storm, which was the best thing I ever did because I learned their culture, their history. It was an experience I would never trade for anything even though my wife was home on bedrest with our first child and it was a tough time to be gone.

Being in the military was an amazing experience and really opened my eyes to what’s going on all over the world and our role in it, good and bad. And I was privileged to work with America’s finest.