Matthew Specter is an historian of 20th century Germany, modern European intellectual history, and transatlantic intellectual history. Dr. Specter is a Lecturer in the Global Studies and Political Economy programs at UC Berkeley. He is the author of Habermas: An Intellectual Biography (Cambridge UP, 2010), an editor of the journal History and Theory, and author of a forthcoming book on US and German foreign policy realism, The Atlantic Realist Century, 1880-1980. 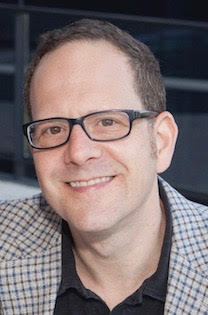 We’ve just experienced four years of an administration dedicated to upending 75 years of alliances. Where do we go from here?

Honestly, this is an especially good time for this course because the Trump moment has shaken up a lot of the orthodoxies: liberal, realist, and neoconservative. I think it’s important to take a retrospective, to try to understand what is living and dead in our traditions because all of them have been rattled. We have to take stock because if we want to go back to “normal,” we have to figure out what parts of the past are going to be of greatest service to us.

I’m particularly interested in what happens with Trump’s nationalist nativism, and what transpires with the next generation of Trumpians. What are the right-wing intellectuals going to be coming up with in 2024? It’s fascinating to think that what seemed so taboo-breaking with Trump is now being re-described in some circles as a return to normal — that maybe the 75 years of orthodoxies from 1945 to 2020 that framed our policies were the aberration, not Trump, and that maybe the norm is a kind of “America looks out for itself” approach. Interestingly, some leftists might be tempted by this too in the name of anti-imperialism. As a progressive, I'm interested in critiquing the excesses of the Cold War and liberal hegemony too, but “America First” can’t be recuperated as a progressive ideal. Trump’s foreign policy never attained the coherence of “realism” but his nationalism, protectionism, and unilateralism had some affinities with it.

Can you define realism as it's generally understood?

Realism and liberal internationalism have been the two main paradigms for much of the timeframe we’re talking about. The signature of the realists was their supposedly clear-eyed, sober view of the national interest. Realists claimed that when they made decisions about, say, applying sanctions to apartheid South Africa or arming the Contras in Nicaragua, they used a calculus of what is in the national interest bracketing questions about what is morally right. The realists are sort of classically described as amoral, hard-headed, rational, and not emotional. For forty years Americans were told that realists focus on the national interest alone whereas liberals look for ways to balance moral considerations with national interests.

Of course, the question that was omitted too often is “How do you define the national interest?” When I was a college student in the 1980s, it was presented as a sort of mythical beast. Over time, I became hostile to realism because it was a doctrine that said, “Well, we have strategic interests in South Africa involving sea lanes and diamonds so God forbid we should stand up for Nelson Mandela, because if you push too hard on apartheid, then South Africa is going to fall into the Communist column." So, my interest in realism really began with the conviction that there was something deeply problematic about US foreign policy in the Cold War. And thus started my journey to critique it.

What do you see as the biggest myths about realism?

One standard view of realism, that I don’t share, is that it's descended from either Bismarck’s Realpolitik, or perhaps all the way back to Thucydides’ Melian Dialogue. It’s true that a so-called realism arrived from Germany to the US with the whole generation of German emigres such as Henry Kissinger and Hans Morgenthau who fled Hitler. The emigres had valid insights into the phenomenon of the balance of power but they elevated power to the status of sole relevant truth in international affairs. One of the key intellectual rationales for US policy in the Cold War, from containing the Soviet Union to Vietnam, was that power is this inexorable force in international politics and you have to learn how to handle it like a statesman; that you have to bracket your moral convictions and just sort of armor yourself for the necessary combat of international politics. Power-oriented realism was such a narrow worldview.

And the realism that took root in the US wasn’t just a German artifact. The true story of foreign policy realism is one of a century of transatlantic exchange of ideas, from the US to Germany and back again in the form of people like Kissinger and Morgenthau. Realism was a collaborative production, fostered by the competition between the two rising powers at the end of the 19th century, and that America contributed as much to a transatlantic conversation about what it means to see the world “realistically,” as the Germans did.

Are there facets of realism that you agree with?

There is a kind of dissenting tradition of realism that should not be overlooked. Even though its merits have been overstated, I try to give it its proper respect. For example, Hans Morgenthau was the first prominent government dissenter from the Vietnam War in 1965. So the argument that something is not in the national interest can lead to progressive outcomes. George Kennan, the founder of the realist Containment doctrine, became an outspoken critic of US policy in the Cold War. Reinhold Niebuhr, the theologian, is a very profound thinker, who argued against hubris in politics. So there is a realism that acknowledges limits that is far more valuable than the realism that elevates power and conflict to the only “real” plane in international affairs. I agree we should use prudence, we should align our means and ends, but I don't feel like you need a philosophy to tell you that. Those things are fairly obvious. So I'm not that impressed with this dissenting face of realism. I'm more preoccupied with the realism that legitimates empire and that marginalizes our moral faculties. That’s the realism that has dominated the last century of transatlantic foreign policy thought, and that’s the focus of the intellectual history I tell in my book.