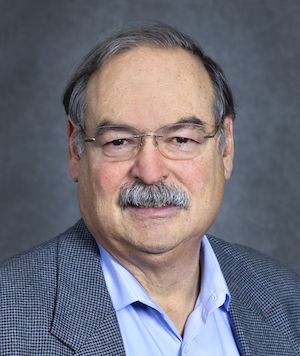 You've been analyzing Chinese energy efficiency achievements and policies for more than 30 years. What inspired you to focus on China?

I'm going to give you a slightly long answer to that. I got to Lawrence Berkeley National Laboratory in 1979, and immediately got involved in a project to build energy performance standards for the U.S. government. It was policy research, but with an impact. I like doing analysis work that leads to policy. It's sort of my schtick. Shortly after that, I started up a program at LBNL on appliance energy efficiency standards. We did a techno-economic analysis to establish a cost-effective standard level. Among the areas we looked at were environmental impacts.

For many years, energy work in this country and the world focused on supply. Our group was fairly unique because we said, "look, you don't need to worry about supply if energy efficiency reduces demand enough." Then Ronald Reagan got elected as President.  At that point we knew our work would no longer have any impact – at least in the United States.

I then had an opportunity to create a project that did research on commercial building energy standards in Southeast Asia, initially Singapore, and then in other interested countries in the region. I provided enough information for them to decide if they wanted to participate, and five countries did. An objective analysis says standards are good for everybody except energy supply companies. They’re cost effective and they reduce energy use and pollution. But Reagan was president and the guys at USAID, which funded the effort with Berkeley Lab, were under great pressure to stop it, because it was based on regulation, a "bad thing.” The ethos at the time was “we produce our way to greatness, we don’t conserve our way to greatness.” That sort of bunk.

Is that outreach to Southeast Asia what initially drew you to China?

I was invited to a conference in China in ’87, the first international conference dealing with energy demand. One of the presentations that knocked me off my chair involved data showing that after 1980 energy grew significantly far less rapidly than the economy. And I'm sitting there saying, you know if that's true that’s amazing. At the time, there was widespread belief among analysts that developing countries need more energy per unit GDP in order to develop. And only after you become developed does energy become less essential. And here were the Chinese showing that, in fact, the opposite was true; that you could grow the GDP with much less energy, or at least that's what the data that were presented at the conference showed. Back in 1980, Chinese President Deng Xiaoping had declared that energy would grow only half as fast as its GDP. A pretty audacious goal. Then here’s this data seven years later that showed that China was over-achieving that goal!

At the end of the workshop, I was approached by the organizers on the Chinese side who asked if the LBL would be interested in collaborating with China on energy issues. Long story short, we were. And that was the beginning of it.

Did you have a hypothesis going in about how Chinese energy efficiencies would progress over the next couple of decades or were you mostly just intrigued?

At the beginning, I was intrigued. I had no way of really evaluating what they could do. I had the impression that the people I was working with were serious and had support from above, but that was about it. In truth, their thinking was very advanced. They had a huge and growing population, and their energy was in short supply. The conventional solution would be to build more power, right? But they came at it from an entirely different angle. Their view was that they didn’t have an energy crisis; it was that they had an energy policy crisis. If they used energy properly (that is, efficiently), they wouldn’t have shortages. I was quite struck by that.

Their second argument was that energy is the most capital intensive of all activities and cuts across all industries, which meant that if they were pouring all their capital into energy, it wasn't going elsewhere where there were also huge needs for capital.

And they recognized that energy extraction, conversion, transport and use constituted the largest contribution to pollution, by far. Maybe 80% or more of total pollution.

Lastly, they saw huge opportunities for energy efficiency. And that's where it overlapped with Berkeley Lab because they saw us as a technology leader and they wanted to understand how we did energy efficiently.

Last year, President Xi Jinping declared that China will aim to have CO2 emissions peak before 2030 and achieve carbon neutrality before 2060. That seemed to shock everyone.

Absolutely. Including me! I would say there were probably three or four people in China who knew he was going to say that. Is it attainable? Maybe. It’s certainly very ambitious. We at LBNL are presently conducting detailed analyses to establish pathways to that goal and assess their feasibility.

Looking globally now, what do you think are the most exciting emerging technologies and why?

Well, renewable and wind have really emerged, and they're going to continue to get better; they’re already quite cost effective in many locations around the world. For them to take over the electricity supply system they need storage, and battery storage is the most likely means to do that. So, we have to have good batteries that are lower in cost and have larger storage. Continuing to improve batteries would be my highest priority in R&D. It’s necessary for electric vehicles. I think auto companies are betting that batteries are going to get better and I agree with them. Two other major needs: technologies for industrial energy use reliant on electricity and ways of capturing and storing carbon dioxide emissions.