Mark Berger has worked as a sound recordist, editor, mixer and designer on more than 175 feature and documentary films. He has won four Academy Awards for Best Sound for his work on Apocalypse Now, The Right Stuff, Amadeus, and The English Patient; a British Academy Award for Amadeus; and an Academy of Science Fiction, Fantasy & Horror Films award for Invasion of the Body Snatchers. For the past 18 years, Berger has been an adjunct professor in the Department of Film and Media at UC Berkeley, and has also traveled the world teaching about sound in film as a Fulbright Specialist in Chile and The Republic of Georgia, as well as presenting classes in Ireland, Peru, Argentina, Brazil, Canada, Spain, Israel, Iceland, and Cuba. 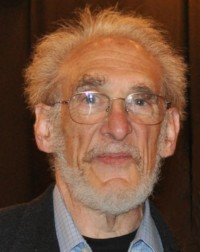 How did you get into the field of film sound?

As a child, I loved to listen to the radio. When I attended UC Berkeley I started making radio documentaries. There was no KALX at the time, so we would run around campus and interview people about campus life or about sports or about extracurricular activities. We would make half-hour documentaries, cutting and splicing tape, and they would be broadcast on local radio stations. That was my first experience with sound work, recording and editing. I graduated from UC Berkeley in 1964 with a degree in experimental psychology. Then I went into the Peace Corps in Colombia, learned Spanish, and worked on an educational television project. When I came back, I attended graduate school at UCLA — and I continued making documentary radio programs about protests and anti-Vietnam War activities. One thing led to another and I was offered an opportunity to go to the South to help make an organizing film. We lived in New Orleans for nine months, and we traveled to Laurel, Mississippi — which was very Deep South, very racist — and made a short film. We ultimately got run out of town, but we did finish the film. And when I got back to San Francisco, I got a job with a company that was doing a film for the US Information Agency. The USIA was the government propaganda wing that made films that could only be shown in foreign countries. This particular film was about regional economic development programs in Africa, so we visited 11 countries in Africa in seven weeks. The company didn’t have any equipment — they were just starting — so they said “Can you put together the sound package and go on this trip?” I said “Sure, why not? I can do it.” I knew nothing at the time, so I called up my friends and asked “What do I buy, where do I buy it?” I put together everything, went to Africa, had a great time, traveled all around. When we returned, I decided that I liked the work and was good at it. KQED, at the time, had started up a film unit, and I went to work there doing a series of films called San Francisco Mix; every six weeks we had to a do a half-hour about Bay Area lifestyles.

During that stint we made a helicopter film about California called The Place for No Story — which is the title of a Robinson Jeffers poem about California — shot entirely from the air, surveying the culture, land, and politics of California. We were showing the film at Francis Coppola’s studio, which was then on Folsom Street, and there was a tall guy standing in the corner watching, and when it was over he approached me and asked, “Did you do the sound for that film?” He said “I’m working on a film. Maybe you could help me do the soundtrack for it.” I asked, “What’s the film?” and he said “It’s The Conversation.” That was Walter Murch, and I said “Sure, I’d love to.” As it turned out, because of timing, I never got to work on The Conversation but I did work on Godfather 2. So that’s how I got started. And after that it was One Flew Over the Cuckoo’s Nest and then Apocalypse Now and then all these other films that came along.

Your course description mentions that audiences are often “naïve” about the role of sound in film. What are we missing? What is an average filmgoer likely to overlook when it comes to sound?

For the entire time I was working, the ethic was that we don’t want anybody to notice what we’re doing because we want it to be working on them subconsciously, so we take great pains to hide and cover over all the manipulations that are going on in the soundtrack. I believed that for a long time, but I don’t believe it any more. I think the more you know about the craft of film and the more you’re able to understand the workings of all the elements of film, the better your appreciation will be. It’s like looking at a piece of art: if you’re just looking at the pretty colors, you’re missing the balance, the composition, the brush strokes, the genre, the history… When people go to a movie they’re 95% visually oriented. By “soundtrack” most people think music, but music is only one part. There’s a lot more going on in a film that’s well put together in terms of what the sound effects are doing, what the dialogue is doing, what the music is doing and how these elements interact with the image. People are so visually oriented: they’re aware of computer effects but if you go beneath the surface they’re not so aware of the editing techniques that are being used, how cuts are made from one scene to the next, the dramatic structure, the story arcs, the depth of characters. Same with sound: yes, there’s music, but they’re not really aware of what music, why it starts and when it stops, why it was chosen, and how it works with the image.

The proposed course outline that you sent us has a section on “music that doesn’t work.” What do you mean by that?

A lot of times directors — especially first-time directors — are insecure about the power of the images and the strength of the actors’ performance and the dialogue. They’ve lived with it for years — writing it, directing it, filming it, editing it — and they lose their initial impact, what I call virgin ears and virgin eyes, seeing and hearing it for the first time, which is the way that audiences experience it. So they come to not trust the power of the image or the acting and they want to pump it up or accentuate it, and the first thing that comes to mind is music. I have examples from a film called Playing by Heart where the director had one version and the studio — unbeknownst to the director — had cut another version. I show examples of the same scene first with the director’s music and then with the studio’s music. This is an interesting illustration of how for some people one piece of music works in the sense of identifying more with the characters, and how for other people different music works more to distance them from the characters. For some people neither music works at all. There are many examples of how sometimes music really isn’t necessary, how it’s pushing you to feel something that you already feel or don’t particularly want or need to feel.

Your bio on the UC Berkeley Research page states that “[your] craft is about subtlety, not the sheer power of loud soundtracks.” First of all, thank you for not turning the volume up to 11… but could you explain how that works in practice, especially in a film like Amadeus where music is at the heart of the story?

In a film like Amadeus, music becomes a character. And instead of speaking words, it speaks in notes and rhythms and harmonies and melodies. We treat the music as if it were another character. It doesn’t have to be loud to be exciting or interesting or emotionally evocative. In fact, contrast is very important. If everything is always loud, you get bored because there’s no change. Interesting things happen at the edges, when things change. Editors of course know this: the most interesting part of the scene is often the cut, how you get from one scene to the other. If you have some things that are loud and some things that are quiet, it’s the contrast between the two that’s interesting. There are parts of Amadeus that are very quiet, very subtle and there are other parts that are very loud, where the impact is intentional. For example, the Don Giovanni chords when we see Mozart’s father: those underscore the significance of the character, but they’re surrounded by very quiet sounds.

In addition to working on high-profile films and television series, you have also done a lot of documentary work. Describe some of those projects. What challenges are unique to documentary sound?

In the beginning of my career, in the early seventies, when I was working at KQED and the Saul Zaentz Film Center — most of what I did was documentaries. At the time I found it was more interesting to work on documentaries recording the sound. It’s the difference between perfect sound — which is what you do in feature films, where everything has to be perfect, so you do the same thing over and over and over again -- versus interesting sound in documentaries, where you only get one shot at it and you have to imagine what about this particular scene or this particular location makes it interesting, and what is the sonic aspect of it that people will identify as interesting. So, you know, running around Cuba with a tape recorder recording pigs or sugar cane harvesters whacking away with their machetes or people whistling while they’re laying bricks for a new building. Those sorts of things were interesting: responding instantaneously to the particular sonic environment we happened to be in. The Bay Area was home to important and exciting social change documentary filmmaking in the seventies and I am proud to have been part of those films and that movement.