Margherita Ghetti holds a PhD in Italian Studies from UC Berkeley, where she wrote and taught about Hollywood and North American consumer goods, movie stars, and cultural models in Italian cinema. She has worked as a film curatorial intern at BAMPFA, as a world cinema programming researcher for the Mill Valley Film Festival, and is currently the Next Wave Programmer for the Jewish Film Institute in San Francisco. 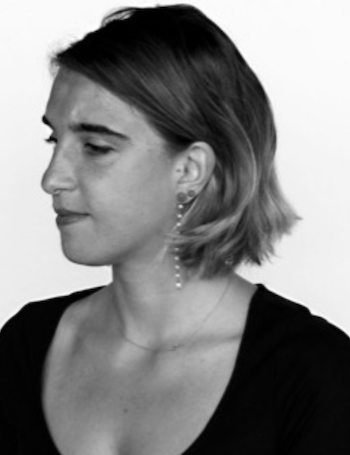 I read that your first passion was literature. What made you move to the visual narrative?

It was really a coincidence although now it makes sense when I look back. I studied literature in college in Italy and I remember we studied storytelling and stories in written form. I was always an avid reader as a child. When the time came to go to college, I guess I had some doubts but it was really pretty easy to choose to study literature. Then I decided to get a masters in the US at the University of Oregon where I studied Italian, Spanish and Latin American literature. While I was a student there, I was invited to a film screening where they were reviewing Italian films from the 1940s. I was amazed and awed in how stories can be told and portrayed through the exploration and blend of words and images. So, I started going to all the screenings and by the time the semester was over I had watched many of what we call the classics. At that point, I decided that I was more interested in pursuing film and the visual narrative than I was with simply exploring words and literature. I consider myself a highly verbal person, I write a lot, and I think through words probably as much as I think and imagine through visual. I think my understanding of literature and the written word are what allow me to fully appreciate film.

Your course follows the arc of immigration narratives over the past century. How accurately, or not, has cinema depicted the Italian journey to and within America?

I don’t think there’s a real niche of films that portray migration. Later in my class, we’ll touch on aspects of the Italian American encounter portrayed through the lens of migration. Certainly, some of the films we’re going to watch and discuss do depict a clear and historically grounded view of the phenomenon of migration. For example, Nuovomondo (Golden Door, 2006) by Emanuele Crialese is the first film we’ll be watching in order to understand what happens later on with the development of the mafia genre. It’s a quasi-theological experiment to how to understand what happens geographically, politically and historically with the migration genre from Italy. It’s not necessarily my favorite visually or thematically, but I think we owe it to the history and accuracy of film to show it, particularly in light of what’s happening in the US and the mass movements going on in the world.

As you say, the migrant story is freshly relevant today. What films do you think best capture the struggles of that experience?

The films that I picked to start my course I think capture the experience so beautifully. They’re Charlie Chaplin’s The Immigrant, from 1917, and a lesser known film from 1915, The Italian by Reginald Barker, I think they do address the struggles, the discrimination and the so-called phenomenon of “othering” that Italian immigrants and a lot of other ethnic groups going through Ellis Island had to endure. In the OLLI class, we’ll talk a lot about the concept that I insist be put in quotation marks, “The American Dream.”

Just today with some undergraduates, we were talking about the “American Dream” and the Gold Rush, and this idea of America having this Manifest Destiny. I think those are ultimately historical fables and concepts in films that really resonate. I’m also interested in that early period of the 20th century and how the biases and prejudices and preconceptions about certain ethnic groups were formed — to zoom into the exact period in which in defining stereotypes were created and cemented into the collective ethos.

“Othering” also moves into the question of whiteness. There’s a fascinating book, Are Italians White?, that explores the concept. There was this whole period where certain ethnic groups like Italians, Jews, Irish were ambiguously “ethnic” in terms of how they were seen, a sort of in-betweeness.

Italian Americans today are not “othered” as they once were. They’re just part of the fabric. What do you think was the turning point? Was it the result of time and/or experience?

The film I think about as you ask that question is a non-Italian film, Spike Lee’s Do the Right Thing, in which the Italian American, African American and Asian communities are portrayed through the lens of intersectionality. Diminishing “othering” is an ongoing process. I think about mafia films in which the image is very detrimental. It’s violence and gangsters and the only way they could make it in America was to rob people through organized crime.

Although violent, the mafia genre also romanticizes other cultural aspects such as family and loyalty and food.

Absolutely. There’s a new film that just came out by Marco Bellocchio called The Traitor. He plays with the genre in a way that deepens the perception of the actual phenomenon of the mafia. It depicts how Italians experience organized crime and migration without the veneer of cultural romanticism like in the Godfather or Sopranos.

Which culture — Italian or American — do you think has had the most influence on the other?

Oh, good question. I mean, obviously, Italian Americans in the US are deeply Americanized. And I don't know if the impact Italian culture had on American culture can be fully understood because the two cultures are so deeply integrated now. It’s so complex.

Is there anything you’d like OLLI members to know about your class? What do you hope they’ll take away?

I would hope and love that they walk out of my class knowing more about Italian history and culture. We’ll also talk about how to watch films with our bodies and emotions and initial reactions before intellectually examining them; to experience them as art that teaches us about ourselves, whoever we are. And I would love for students to take away Italian history and American history as portrayed in films, as having some sort of universal value that may alter how they think and view the world around them.