M. Steven Fish, Professor of Political Science at UC Berkeley, is known for his work on democracy and regime change worldwide, and we very much look forward to his perspective on current events -- and the history behind them -- in Russia. 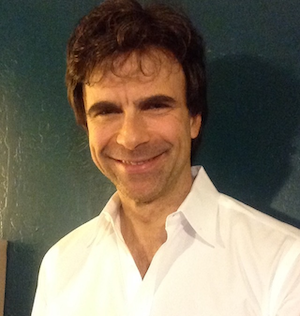 You have been an expert on Russia and the former Soviet republics for over twenty years. Can you give us an overview of that work?

I started working on Russia as a grad student in 1987 - 1988. I was interested in large-scale political and social change: people fighting for their freedom, blood in the streets, that sort of thing... and in the mid-1980s, that kind of change was happening in the then-USSR. I wrote my dissertation on it, which grew into my first book, Democracy from Scratch, published in 1995. I also did fieldwork in Russia from 1989 to 1991, the final years of the Soviet Union.

In my first book, I was skeptical that Russia would make it to full-blown democracy due to a lack of the kind of [political] infrastructure that would support democratization. That proved to be the case; in 2005 I published my second book, Democracy Derailed in Russia: The Failure of Open Politics, on why democracy failed in Russia.

From the early 2000s until a couple of years ago, Russia was consolidating an authoritarian regime in a way that people didn't find all that interesting to study. Now Putin's regime is becoming authoritarian in a crazier way and is once again drawing more media and scholarly attention. I'm more interested in Russia than I have been in a decade, and I'm thinking about writing another book on Russia, perhaps one for a broader audience since the first two were more academic.

You're also known for a book about Muslim societies, "Are Muslims Distinctive?: A Look at the Evidence, as well as some recent op-ed pieces on Islam. Tell us more about those projects.

Earlier in the previous decade, I started looking at questions of democratization in a more global context. My interest also expanded beyond democratization to other areas of society.

In the media and in popular culture at the time, the debate was very hot about whether Muslim societies were different, with some pundits essentially claiming that we already knew the answer to the question and others claiming that it was racist and ethnocentric to even ask the question in the first place.

I brought something of an outsider's perspective to it. I'm not a specialist in Islam, nor am I an expert in the Arab world; the Muslim countries where I had lived and done work (Uzbekistan and Indonesia) are not what most people think of when they think of Muslim societies. But the more I investigated, the more I realized that a lot of what we assume to be true about the Muslim world just doesn't have much evidence to back it up. Some assumptions were borne out by the evidence, i.e. gender equality, which is objectively lower when you look at factors like workforce participation, earned income, and even life expectancy. Some questions just hadn't been asked: Muslim countries, on the whole, turn out to have lower levels of class inequality. And in many other areas, Muslim countries turned out to be not so different from non-Muslim countries. On the question of violence, for example, there is more terrorism, yes, but civil wars and other forms of mass political violence occur at roughly the same rate as in non-Muslim countries, and homicide rates are strikingly lower. The average homicide rate in Muslim countries is 2 per 100,000, in Christian countries it's 8 per 100,000.

What are you most looking forward to in teaching a class for students over 50?

OLLI students have been around for a while, read newspapers, traveled around the globe, and have a breadth of life experience. Older learners also bring a degree of curiosity to the classroom: they're not just checking off a box towards a requirement for their major. In short, it will be fun to be with peers.