James Joyce is one of the greatest and most difficult writers in English. John Campion hopes to demystify some of this in his spring course, The Short Stories of James Joyce. John has identified 13 techniques Joyce deploys in his writing, which, once recognized, can deepen participants' reading abilities and experiences. "I teach these techniques to help students better understand and appreciate this work." 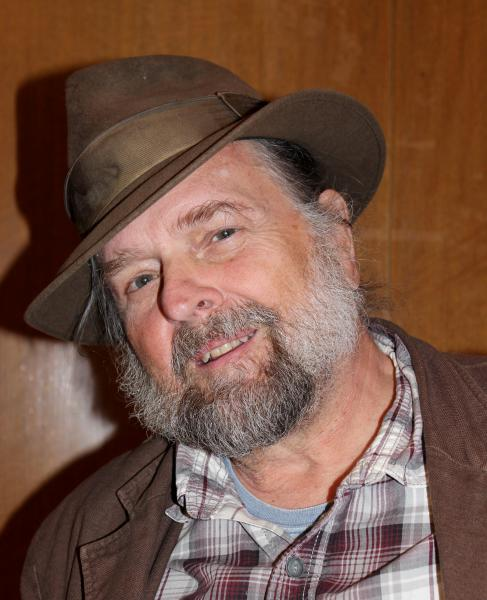 Campion has been teaching literature, creative writing, poetry, and critical theory for the past 30 years. Before joining UC Berkeley's English Department as a lecturer in 2007, he taught at the University of Texas and USF. In 1997, his brother, Edmund Campion, a music composer, received a commission from the French government. He asked John, then living in Austin, to come to Berkeley to write the text for their collaborative project.

John had intended to return to Austin at the end of a year, but on his first day in Berkeley he met the composer, Cindy Cox. The two married, and he never returned. Cindy is the current Chair of UC Berkeley's Music Department and Edmund is Director of UC Berkeley's Center for New Music and Audio Technologies. John has collaborated with Cindy and Edmund on several works as well as with other artists.

In 2008, Cindy took a sabbatical to compose music; so the family spent the year in Buenos Aires, with excursions to Patagonia, Iguaz, the volcanoes and fjords of Chile, and the Sacred Valley surrounding Machu Picchu in Peru. Their daughter Sophia, then a fourth-grader, came back fluent in Spanish with a head full of stories to tell. John is a translator and made the first English version of El Sueo, the magnum opus by the 17th-century Mexican nun, Sister Juana Ines de la Cruz. He is currently working on a transcreation of The Popul Vuh, the great Pre-Columbian myth-originally in the Quiche Mayan language.

Although John writes fiction and essays, his primary identification is as a poet. He has published a number of books, including three book-length poems from a projected series of five. He has also developed an art form he calls Texturals, in which he fleshes out his poetry using inks, oils, watercolors, and mixed media. "Poetry influences everything I do," he says. "Its processes and practices are extremely dynamic-enabling me to incorporate all of my varied interests and obsessions."

Campion is the founder of Ecotropic Works, derived from the roots, Eco (hearth,ecology) and tropic (to turn towards). This movement holds that for human culture to be healthy, it must exist as in an ecological niche and relate appropriately with all the forces of nature. Growing up in Dallas heightened John's awareness of the degradation of the environment. "That began my concern for the global calamity we're ushering in. As a poet, it occurred to me that we had to develop a language that more accurately fits our human involvement with the planet." His poetry, art, music, philosophy, and criticism all reflect ecotropic values.