Jesse Bengson teaches at CSU Sonoma and is affiliated with the Center for Brain and Mind at UC Davis, where he earned his Ph.D. His area of expertise is Cognitive Neuroscience. He has published over a dozen peer-reviewed papers in high impact journals and is also Principal Investigator on a National Science Foundation-funded project that explores the neural correlates of decision-making and attention. 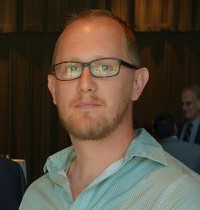 Your work seems to be situated at the intersection between psychology and neuro-anatomy. Could you tell us more about your current research and areas of interest?

My initial training was in cognitive psychology, which makes inferences about the mind based on behavior. I then studied neuroscience at UC Davis. And that’s where the real challenge is: to find out how a mental phenomenon is controlled by a physical trait. As for my areas of interest: I study attention, attentional control, and decision-making.

Your field must have evolved considerably in the last 15-20 years due to improvements in imaging technology. Is that an accurate assumption? And more broadly, what are some of the recent exciting developments in your field?

Functional MRI has been very informative, but the real change has been in computational power, in our sheer ability to process raw data. We can now work with data -- i.e. we can analyze the information that we’re getting -- in a way that simply wasn’t possible before. Another real advance is that the data analysis people are now coming in to our group: I have worked with PhDs in electrical engineering, astrophysics, and biology.

That’s definitely the question, and it’s as old as the pursuit of knowledge itself. Neuroscience has made some advances in starting to answer that question, but I take comfort in saying that we don’t really have an answer yet.

I’m a scientist, though, and it’s not really a scientific question. It’s on par with “Is there a God?” Erwin Shrödinger, the father of quantum mechanics, has this quote where he says that if his hand is a mechanism according to the laws of nature and he moves the atoms of his hand with no other cause but his own volition, then there is something godlike in his control of the laws of physics. The notion of free will is central to our society: all of our cultural norms and all of our legal systems are organized around the idea that we have free will... even though we also recognize that we are made up of matter, of atoms.

For my part, once I ask “Why does it seem like we have free will?” then I can do an experiment and study these apparent manifestations of free will the same way that we study visual perception or taste. And one can look at the statistical nature of neural behavior, which follows algorithmic processes but still has an inherent degree of randomness. And that randomness is very important for neural processes: neural noise -- that degree of randomness -- can bias decisions and influence behavior. It can tip the scales: it can make the difference between saying a swear word or not saying a swear word, for instance. The best neural models of human decision-making account for this “slot-machine” element of arbitrariness.

Your recent article on visual working memory concludes that performance on tests of working memory varies depending on the type of instructions given. What ramifications might that have for older learners?

That paper was really interesting because previous literature had argued that the capacity for working memory was fixed, and even that it was genetically determined. That’s not what we found at all. By giving different instructions to different participants, we were testing the effect of asking people to use different strategies, and those different strategies yielded very different results. We already know that with age come different strategies and different ways of approaching a problem -- some people call this wisdom -- and in this case we could see the profound impact of a change in strategy.

More generally, 95% of what we know about the brain comes from studying undergraduates, but we know that there are clear differences in brain function between older and younger populations. For instance, there’s a very well-studied phenomenon called alpha power lateralization which has a high predictive value for visual field attention. By analyzing alpha power lateralization in a subject’s brain, we can predict whether that subject will attend to the left or to the right of their visual field… provided the subject is an undergrad. In a recent article that I co-authored with a researcher at a Chinese university, we studied older adults and discovered that this phenomenon wasn’t occurring with older subjects. They still attended as effectively as the younger subjects, but without lateralization in the brain. This is just one example; there’s a whole world of research out there waiting to be conducted.