Isidra Mencos holds a Ph.D. in Spanish contemporary literature from UC Berkeley. She is the author of two books and numerous articles and is working on her memoir. 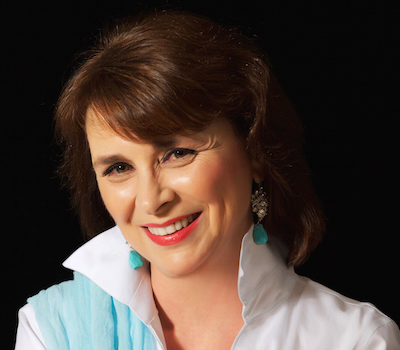 You grew up in Spain during the Franco era. What was the end of that era like, especially in Barcelona with its strong tradition of Catalan language and culture?

It was really an incredible time to be in Spain. I lived through one of the most interesting political and cultural transitions of the 20th century.

The political transition -- which was unusual among Spanish-speaking countries because there have been relatively few peaceful transitions from dictatorship to democracy -- took a little while. Franco died in 1975, and King Juan Carlos surprised everyone by saying he would support the transition to democracy. From there, it took a few years to write a constitution and establish the new government.

The cultural change, however, came at the speed of light. Franco’s Spain had been very repressive. Regional languages were forbidden: you couldn’t even speak Catalan in public, let alone publish in it. There was censorship of the press and of films. Popular American movies were censored so you couldn’t see anything “inappropriate.” The culture was very Catholic and very sexually repressive: my school was run by nuns, and the prevailing attitude there was that if you kissed a boy you practically had to marry him. As soon as Franco died we had el destape, which literally means “taking the lid off”. There were pictures of naked women all up and down Las Ramblas in Barcelona. It’s as though we lived the hippie era 10 years later.

It was a very exhilarating time to live through. I was a university student, participating in demonstrations… and 10 years after having a dictatorship that had lasted 40 years, we had a socialist government. Then we had el desencanto, the disappointment, when young people became disillusioned with what politicians could do for them. But by the time I left for the United States in 1992, Spain was seen as a modern democracy and economy, like the rest of Europe, instead of a backwards country of sun and flamenco.

What brought you to UC Berkeley for your Ph.D.?

Your upcoming class is on Goya. What makes his work relevant for our times?

The full title of the course is “Goya: Birth of a Modern Artist.” In an era dominated by remnants of baroque and by neoclassical styles, Goya went beyond. He used art not only to represent an orderly reality, but also to express himself: he depicts humanity as he sees it, with all its dark and light sides. There is no immutable order and meaning; man has to find his own meaning.

Goya lived in very tumultuous times. Some in Spain embraced Enlightenment ideals, but after the French Revolution those who had supported progress backed away from it, ushering in a very repressive king, Ferdinand VII. He came after four bloody years of war with France. Goya’s work — especially the Caprichos and the Black Paintings — show instability, chaos, and human follies in ways that still resonate with our times. One of the caprichos shows a stylized representation of Godoy, Ferdinand VII’s minister, with the caption “subir y bajar,” to rise and to fall. It reminds me of the Trump era with people falling in and out of favor.

After a number of years in the corporate world, you recently started your own business as a writer and editor, and you’re working on a memoir as well. Can you tell us more about these projects?

In Spain I had worked a lot as a freelancer for various publishing houses, and once I finished my Ph.D. at Berkeley I was a lecturer in the Spanish department while also working as an editor for several Spanish-language publications. I then took a 10-year detour as editorial director of several websites for BabyCenter.com, but I missed the intellectual stimulation of writing. Quitting the corporate world was a difficult decision, especially financially, but in 2016 I founded my own company, Vida Now. I do a lot of work with authors, I work as a ghostwriter for people who want to write memoirs, in English and Spanish, and I also coach and edit writers.

And yes, I’m also working on my own memoir. I used to write fiction, and I’ve published academic books as well. Then three years ago I went to a one-day memoir writing workshop at Green Gulch Zen Center. I liked the teacher, so I signed up for an online class, which happened to be about memoir writing. Since then, I have written a series of short memoir pieces and am working on a longer memoir.

The working title for the longer memoir is “The Conquest of Pleasure.” The idea is to trace the transition from from dictatorship to democracy, and from repression to liberation, as it relates to my own personal story. My story is not unique: it is a product of a time and a place.

I’m also working on a collection of shorter pieces; the tentative title is “All the Things We Leave Behind.” I’m focusing on the objects, ideas, people, and parts of ourselves that we leave behind over time. It’s not a loss because we gain other things and evolve into other people, but even so there’s a nostalgia. So that’s the theme of the collection; I’ve written three pieces so far.