Hossein Khosrowjah is a visiting scholar at California College of the Arts, where he teaches Visual Culture. He is also the author of the forthcoming book "The Singular Cinema of Abbas Kiarostami: Unthinking the National Imaginary." His Winter 2017 course on Iranian Cinema will be his first time teaching for OLLI @Berkeley. 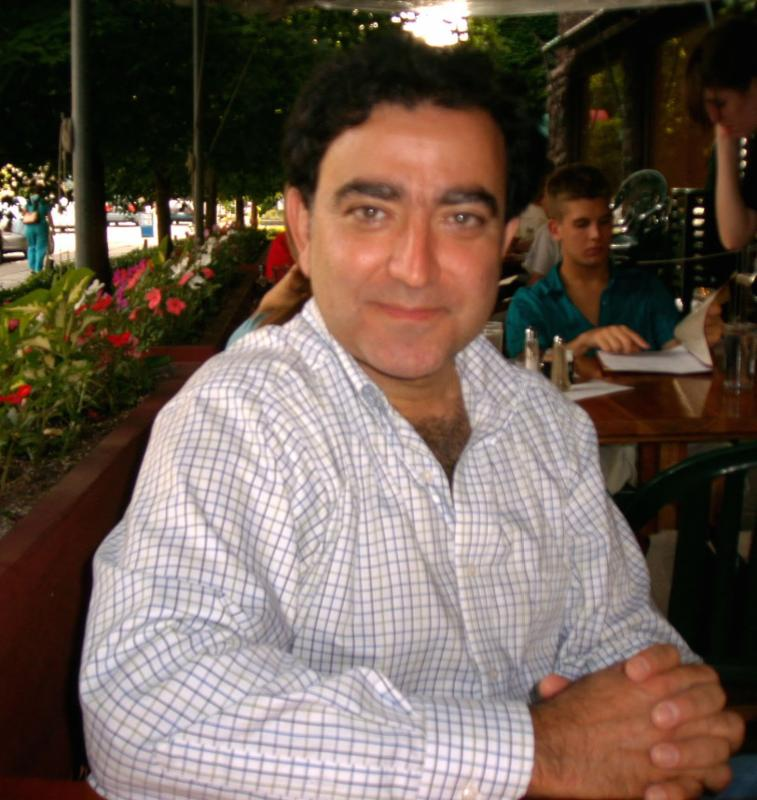 Tell me about your background and your research interests.

I didn't start off teaching humanities. My first career was as an electrical engineer: I worked in Boston and Andover, MA. then came out to California to work for a start-up in Campbell and Los Gatos. I started taking some classes in film studies, and that led to an M.A. in Cinema Studies from San Francisco State and then a Ph.D. in Visual Culture from the University of Rochester. The Visual and Cultural Studies program is very broad: it encompasses not only film studies but also art history, anthropology, philosophy, psychology and other disciplines.

One of my research interests is in Iranian cinema, especially its reception. What happens when a film is made in one culture and consumed in another? What is lost and what is transformed when the linguistic and cultural codes are different?

I also teach art history -- the art of the Silk Road, for example -- and have an interest in exilic literature.

What can Americans learn from Iranian cinema, both about Persian culture and about American culture? What might American audiences miss if they were watching films on their own?

Iranian cinema in the post-Revolution era provides a different cultural context to the depictions of Iranian culture in mass media. In the news one often sees stereotypical, one-dimensional portrayals; cinema, of course, is much more complex. Iranian films present an ethical and humanistic cinema; they often portray characters struggling with difficult or impossible choices. Not only is this different from the perception of Iran as a theocracy where everything is cut and dried, but this ethically ambiguous universe contrasts with typical Hollywood cinema with its righteous heroes and villainous villains.

Moreover, because of the cultural context everyone expects Iranian films to follow strict concepts of gender relationships, but in fact one sees lots of feminist scripts from male directors, and of course women directors as well. Starting in the 1990s -- especially after the election of Khatami in 1997 -- Iranian cinema is an ideological contest site where strict views of gender confront feminist viewpoints. Nor were these ideas imported from the West; they were generated by internal circumstances.

Also, because early Iranian cinema tended to focus on rural life and children, there's this misunderstanding that Iranian cinema is a re-enactment of Italian neorealism. This is an oversimplification that misses the amount of formal experimentation and questioning of the role of cinema in everyday life. There's a self-reflexive current that often gets overlooked. Despite the focus on social issues, Iranian cinema of the 1940s and 50s is seen as the second coming of neorealism, but it's much more complex than that.

What about censorship? How are Iranian films viewed differently inside Iran versus outside, especially given the Iranian diaspora?

The Iranian diaspora is between 3 million and 6 million people, depending on whether you include the children of initial emigrants. Ten percent of those who consider themselves Iranian live outside of Iran. Many of them were students who found themselves cut off from their home country; they tend to be highly educated... and many are cinephiles.They consider the national cinema as their cultural heritage like the ruins of Persepolis and the poetry of Rumi and Hafez.

With respect to censorship: once the Revolution happened in 1979, the new government was initially unsure how to codify Islamic values into film. It took several years for the Ministry of Guidance to codify what could and could not be represented onscreen in the Islamic Republic. In 1983-1984, they released a set of guidelines stating, for instance, that women could not be shown onscreen without the Islamic veil. These guidelines were updated and throughout the 1980s filmmakers found ways to convey their meaning within these constraints. Sex could not be shown, for instance, but it could be inferred: if a couple were shown going home together, it might not be to sit on the couch with the woman still wearing her veil. Ironically, the strict censorship codes also made the cinema as an institution respectable to many Iranian families, therefore, many encouraged and supported their daughters to seek jobs in the cinema as actresses, writers, and directors. Ironically, at some point, Iranian cinema featured more women directors (proportionally speaking) than most western cinemas.

Different filmmakers took different approaches. The director Abbas Kiarostami -- who is the subject of my book -- never shows domestic scenes in his films. In psychological terms, this is a structured absence in which the absent element becomes quite strongly present. The absence of domestic scenes ends up highlighting the impossibility of representation.

Audiences were able to decode this visual allegory: what was represented in one way would be understood in another. In some ways the creative solutions were not unlike Hollywood under the Hayes Code. I'm not saying that censorship makes people more creative, but I think that smart, creative people will find a way to convey their message even under conditions of censorship.

By the 1990s, filmmakers found ways to address taboo topics directly, like abortion and "deviance" (as defined in the Islamic Republic). Their relationship to the censors was always one of push and pull: a director might be arrested or a film might be banned, but past a certain point the censors would just throw up their hands. By the 2000s they were tackling even tougher topics, like civil war in Kurdistan or the 2009 elections, uncomfortable subjects that required historical distance and perspective.

Of course, many filmmakers left the country rather than operate under censorship including Amir Naderi, Bahman Ghobadi, and the great Bahram Beyzaii, who is currently a visiting scholar at Stanford. But many others stayed and tried to cope: changing, stretching, and defying the codes as they went.

This is your first time teaching for OLLI. What are you most looking forward to?

I have been teaching for 16 years, but this will be my first time in a classroom where everyone in the room is there strictly because the subject interests them. And I won't have to cover the fundamentals and explain the history, so we can spend more time on the topics students are most interested in. I'm looking forward to having such motivated students, especially because I hear that OLLI students ask terrific questions.