Gibor Basri taught in the astronomy department at UC Berkeley for 35 years. His favorite classes were the introductory courses for non-majors and small freshman seminars. He enjoys making science accessible to the general public, and has been given the Sagan award for this talent. 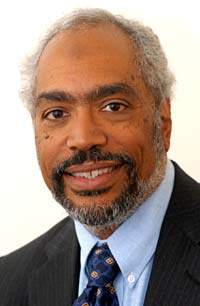 What is the biggest misconception that people have about the formation of the cosmos?

I think most people know the current story of the cosmos: the Big Bang. The biggest misconception about the Big Bang is that it is like an explosion where stuff goes flying outwards. People know that the universe is expanding but the picture they have is not actually the right picture. It's not that the universe is expanding into something because, of course, the universe is everything. Space itself is expanding and that's a simple concept to say, but difficult explain to people in a way they understand. There are a bunch of conceptual issues with the Big Bang that unless you have heard a clear explanation and thought about it carefully, it's really very confusing.

Despite this, it seems that there is more certainty with the way astrophysicists currently view these phenomena. What has led to this?

It has built up as science has progressed. If a theory keeps working and keeps predicting new observations before they're made—and then they turn out to be accurate—we gain in certainty. Still, I think you need to be careful about the sciences. We're not claiming to have the whole truth and nothing but the truth! What we are claiming is that our current explanations are able to explain some part of the physical world. With cosmology, we didn't really have any observation that would test our theories until the last century or so. And in the last 50 years, observations have become far more sophisticated and people have been able to predict how observations were going to come out before they were conducted. I should say that there is also a lot of uncertainty. In the last 30 years we have learned that the universe has “critical density”; however, it is not made up of normal matter. In fact, only four or five percent of it is normal matter. Then we have these two huge mysteries of astrophysics: dark matter and dark energy. Thirty percent of the universe is dark matter, and we don't know what that is. Almost 70% of it is dark energy, which we know even less about!

What is the difference between them?

Dark matter behaves like normal matter in terms of gravity, but dark matter basically doesn't interact with normal particles except through gravity. Dark energy, on the other hand, is much weirder. It is some sort of property of the vacuum or the space-time continuum and there is a tendency for space to want to expand because of it. Einstein actually predicted something like its existence when he worked out general relativity. When the theory was developed, everyone thought the universe was static, but the theory said it should be expanding or contracting. So it was assumed that something was wrong, and Einstein added a “cosmological constant” to keep it static. It was less than ten years later that Hubble proved that the universe is expanding. In the 1990s we found that the expansion is accelerating, and that could be done by Einstein’s cosmological constant. However, we don't know why it has the value it seems to have. It is known as the worst tension in physics. The only effort to compute the cosmological constant based on quantum mechanics is wrong by 120 orders of magnitude!

You have researched brown dwarf stars. What are they, and why are they interesting?

Yeah, my research doesn't deal with any of these cosmological questions. It is much more down home, I guess. I have studied stars and planets. Most stars are actually less massive than our Sun. And the least massive star is about 75 times more massive than Jupiter. The question for me centered on objects less massive than that. You can go up to about 13 Jupiter masses and still have an object kind of like Jupiter. But if you go beyond 13 Jupiter masses it will start having nuclear fusion in its core and that seems more like a star. But objects in this range don't behave like stars. They never shine with a constant luminosity. They have fusion at first and then it sort of sputters out. And because they have very low mass and fade out, they are very dim and hard to find. People couldn’t think of any reason why nature wouldn’t make such objects but we didn't know of any. In the late 80s and 90s there was a big push on to see if we could find brown dwarfs. I was fortunate enough to be one of the first people to do that. Basically they are the missing link between stars and planets.

You taught at UC for 35 years, but you also served as the Vice Chancellor for Equity and Inclusion. What was the biggest challenge you faced in that role?

Well, that is very hard to answer. I was the first vice chancellor, so one big challenge was setting up the whole division and figuring out what it should do. The idea behind that position is to address something that is extremely long lasting and deep-seated in our society. It's not like you're going to get rid of racism in America or anything like that. You have to figure out what you can do here at this university in the present moment to make things better. When I came to Berkeley, I was one of two African-American faculty in any of the physical sciences. Then the other guy died. So for 20 years, I was the only African American in any of the physical sciences; and the total number of black faculty university-wide was around 40. It remained this way for 25 years, through all kinds of stuff—prop 209, recessions, etc. Why? It had been zero 20 or 30 years before that and went up to 40 and stopped increasing, so we looked hard at what we could do to get things moving again. It is now higher than what it was then—more like 60 to 80. The same pattern was true with Hispanic faculty; that number was stuck for a very long time and now it is unstuck. At least we can say that we got it moving again. We were less successful with student diversity, partly because it is really a system-wide issue. Prop 209 proved to be a real barrier to progress, but people are still doing what they can within the law. That was one of the more frustrating aspects of the job.

How do you navigate between the concerns of daily life and the observation and knowledge of these immense cosmological forces? Is there a rift between the two?

Sure, but the two rarely converge. What's happening on the human level is so local and so restricted compared to thinking about the universe that it seems like a separate question. For example, how should I run my life? From the astronomical perspective, humans are an extremely tiny blip that is just going on right now. We have climate change issues now, but in half a billion years the sun will be so bright as to the boil the oceans. Now that is real climate change, right? So I don't have trouble popping from one perspective to the other. They don't really inform each other that much except when I get frustrated with what's happening here. Then I just remind myself that this is all extremely local and temporary.

So you just you have separate spheres of experience?

One thing that one learns in physics is the very distinct, not just possibility, but likelihood, that time doesn't even pass—the future, the past, our present are all just one fixed structure of space-time. When I spent a long time explaining this to my wife she just looked at me and said, “So what good does that do me?” (Laughs)

Is there anything else you want to impart to the OLLI audience?

Humans are always interested in origin stories. I think it's remarkable that now rather than an origin story we have the empirical evidence of the origin and can watch it unfold. It is a special time in human history. And I just want to share that with folks. What people do with it is up to them, but it is pretty cool that this is the first time in human history that we actually know what the origin looks like and we can, in fact, watch it. Now that is amazing.