George Breslauer joined the faculty of the Department of Political Science at UC Berkeley in 1971 as a specialist on Soviet and Russian politics and foreign relations, about which he has authored or edited twelve books. After retiring in 2014, he returned to serve as Faculty Director of The Magnes Collection of Jewish Art and Life, the position he currently holds. At UCB, among many administrative positions, he served as Dean of Social Sciences (1999-2006) and as Executive Vice Chancellor and Provost (2006-2014). He was elected Fellow of the American Academy of Arts and Sciences in 2014, and received the Clark Kerr Award for distinguished leadership in higher education in 2015. 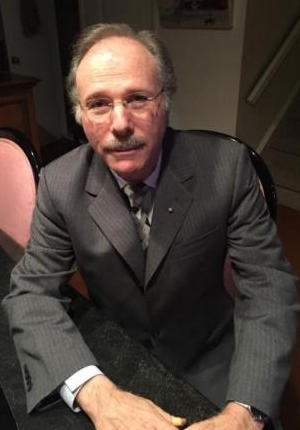 You’re a well-known expert on the USSR and post-Soviet Russia. What led you to choose that field of study?

Two things converged. In junior high school I took Spanish, and I discovered an absolute thrill about learning foreign languages. In high school, in addition to continuing Spanish I also took Russian. Serendipitously, the school’s Spanish teacher also happened to be the school’s Russian teacher, and we got along so well that I wanted to take the other language she was teaching. I continued to take Russian in college. But I also grew up in a family where every night we would have dinner together and my father would lead a conversation about the day’s events. That was the height of the Cold War, and so there was always a consciousness in me of world events and world affairs. When I went away to college I was going to major in Spanish language and literature, and I did for a couple of years and then discovered that, when I needed to make a career choice, I didn’t want to study languages or do archival research on literature, but instead wanted to use the languages in a present-day, real-world context. So I majored in Political Science, and then, when I went to graduate school, I decided it was going to be the Soviet Union because that would put together my language competence with my interest in contemporary international relations.

Russia has been in the news in a number of interesting ways this past year. What’s your sense of how US-Russian relations will evolve over the next few years?

I gave a talk at OLLI a few months ago and the theme was that we brought this crisis upon ourselves and that we are hysterically overreacting now. Putin is an angry man because he feels that Russia has been abused for over a decade, but he’s also a pragmatist. He understands to some extent the limits of Russia’s power. He’s not trying to overthrow democracy in Western Europe and the United States; he knows that’s not within his means to accomplish. But he’s looking for leverage, and so if I were forced to choose I would say it’s more probable that they did interfere in the election than that they didn’t, because they had the motive and they had the capacity to do so.

Where it goes from here will really depend on our side, and right now I’m pretty pessimistic because the atmosphere in Washington is almost McCarthyite. If you say anything—not just good, but not hostile—about Russia, you get roasted. So any president who wanted to change the direction of American policy towards Russia would walk into a firestorm. I’m not a Trump supporter, but that was the one thing he said during his campaign that struck me as commonsensical. So where are we headed? I think that the best we can hope for at the moment is confidence-building measures, and measures to avoid accidental military confrontations—in the Baltics, Syria, and elsewhere. It’s almost surprising that an accidental confrontation hasn’t happened yet. So overall I’m pretty pessimistic about the next five years.

Your course title is “The Rise and Fall of World Communism in the 20th Century.” How would that title apply to China, which is still officially communist? In what ways have Chinese ideology and policies evolved?

The title “Rise and Fall” is meant to be slightly provocative, but I would stick by it in the following way. Typically Marxist-Leninist regimes were more than just a communist party in power, crushing political dissent; they also had a particular approach to economic organization: central planning, very limited—if any—private property, insulation from international markets out of fear that you would become dependent on rich capitalist countries. What has happened after Mao is what I call Market Leninism. It remains Leninist because it’s still the communist party in power not brooking formal opposition. But the introduction of private property on a large scale, and the large-scale opening to world markets, is the reason I call it Market Leninism. The same has happened in Vietnam. By contrast, North Korea has refused to break out of its Stalinist model. Cuba is in some sense in a post-Stalinist holding pattern. People will be surprised to learn that Laos remains communist. So Leninism collapsed in the Soviet Union and Eastern Europe, and Mongolia as well. After Mao, Deng Xiaoping and his successors led China—as did the leaders in Vietnam—towards private property and openness to world markets. Those two countries—China and Vietnam—are no longer what we would have traditionally called communist.

You spent eight years as the Executive Vice Chancellor and Provost at Cal. What were some of the standout moments from that time?

I became provost in 2006, and I stepped down in March 2014. There was a new Chancellor in June 2013, and I stayed on to help orient him—as well as my successor—to the job. I was the longest-serving provost since the 1980s. I enjoyed the job immensely, and I greatly enjoyed working with Bob Birgeneau. If we had not gotten along it would have been hell for both of us, and he would have been well-advised to fire me. But we got along really well. He arrived in 2004 and was really fired up to do great things. He did a lot of very innovative things and I worked with him on them. I had been a research center director; then chair of the Political Science Department, then Dean of Social Sciences, and finally Executive Vice Chancellor and Provost. This last promotion gave me an opportunity to stretch myself both intellectually and as a manager and leader. I really loved that all-campus perspective, even though I had to make a lot of hard choices, work 65-hour weeks, and meet major challenges. The high features were getting things done and maintaining the confidence of the faculty and the deans. Sustaining faculty morale during the Great Recession that began in 2008 was a great challenge, but enjoyable in its own way. I had about 25 people, including 21deans, reporting directly to me, and working with them to meet the challenges and enhance UC Berkeley’s stature was a real joy for me. The low point, of course, was that the loss of some 50 percent of our State funding in 2009 required the release of hundreds of career staff, a sharp reduction in new faculty hires, and a slashing of budgets throughout the campus. We offset a portion of the loss of State funding through tuition increases, which in turn triggered student protests. So those were some of the high points and low points, but I enjoyed the experience and would do it all over again.

You’re currently the faculty director at the Magnes Collection. Tell us more about that role, and more generally about the archival resources at the Magnes.

Before I became director of the Magnes I was retired for a year, and I had no idea during that year that I was going to go back to a job on campus or that it would be the Magnes. But after nine months of full retirement I was going stir-crazy. I had no challenge and no structure to my weeks. But then I was approached by the leaders of the campus who asked me whether I would come back to direct the Magnes and raise money for it. I’m not a Judaica specialist, but I relate to the Magnes as a diasporic Jew. It has the third-largest collection of Judaica in the United States and is the only one that continues to vigorously build its permanent collection. It’s the only large collection of Judaica in any research university in the United States. Its signature, its theme, is the Jewish diaspora over the last five centuries and around the world. And so we have large collections from North America, from Western Europe, from Eastern Europe, Russia and beyond, North Africa, the Middle East, India... What is fascinating about it is that the religious objects, the documents, the tapestries, the clothing are so varied because Jewish diasporic communities in different parts of the world assimilate to some extent to the cultural customs. Right now we have an exhibition on Moroccan Jewry that’s just gorgeous, and we just received an enormous collection of Arthur Szyk’s work—he’s a 20th-century Polish Jewish artist of considerable fame.

I raise money for the Magnes because it does not have financial sustainability without further fundraising. So I’ve been doing that for the University for almost three years, since March 2015, and I’ll continue doing it until I get the Magnes on financially sustainable ground. We’re working on another huge donation of art that’s going to make international headlines if it comes through; we’ll know in about six months.

I probably wouldn’t be doing this if I didn’t have a soft spot in my heart for the Jewish diaspora. My wife is Iraqi Jewish and I’m German Jewish, and between us we have close relatives living in seven different countries on four different continents — and no close relatives left in Iraq or Germany. So the diaspora is what our family is all about, and that makes The Magnes especially meaningful to me.