Professor Dan Kammen, the Class of 1935 Distinguished Professor of Energy at UC Berkeley and a climate adviser to the Obama administration, will be teaching a course on "Climate Change: Science, Policy and Politics" in Spring 2016. We caught up with him just after his return from the Paris climate summit. 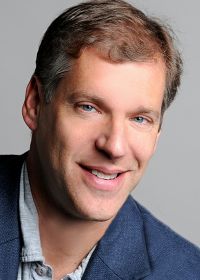 What do you think the role of scientists such as yourself should be regarding informing the public about policy issues such as climate change and their possible solutions? Will taking a position provide an opportunity to claim a lack of objectivity? Is advocacy appropriate?

I of course think that scientists should run the whole show. But Winston Churchill said the opposite: that experts should be on tap, not on top. These things go back and forth: climate change was not considered a partisan issue when it was first brought up in the seventies, and now it's only a partisan issue. I think that science is now poised again to take a much bigger role in the process, and I don't believe that any amount of political bickering back and forth is going to bring up the climate deniers' perspective to the same profile. I think that history has moved on. It's not just because we got an accord signed in Paris -- an accord signed in Paris means nothing in DC -- but because we are at a point where Republicans, Democrats, mayors, governors, representatives, etc. are seeing impacts in ways that are kind of undeniable, early signs of brutal climate change from Typhoon Haiyan to Sandy to all these events. The arrow has shifted, and the real debate now is who pays, who deals with it, etc. It will be difficult to undo the philosophy of the Paris Accords, which is that each country develops its own goals and brings them to the table.

You recently returned from COP21  and we would like to learn what you're thinking about the agreement reached in Paris. Some commentators say it's a wonderful thing and then there are others —  Hansen and McKibben, for instance — who are more critical.

I think we should be very happy and what I consider cautiously optimistic. Anything less than this would have felt like treading water; the Paris accords set up the groundwork to do a whole number of things. The Breakthrough Energy Coalition — of which the University of California is the only university signatory — will get a billion dollars invested (hopefully wisely) by 27 billionaires. That's 27 people putting in a quarter of what the federal government's putting in. That's a big deal; you cannot be negative about that.

Of course, no global accord makes everybody happy. The human rights aspect of it did not come through in a strong individual way, but most treaties don't solve problem A and solve problem B and solve problem C. We have tons of work ahead of us, much more than we thought before, but there is now a reasonable framework. The Paris Accords have switched the whole conversation from waiting for a top-down initiative — which anyone has a chance to veto — to something where you opt in. To use a wartime term, it's a Coalition of the Willing, and Coalitions of the Willing are much easier to keep together then coalitions that are blockable.

One of the biggest wins is that treaties that have a single objective at the end are too easy to game. The Clean Air Act is designed around the exact same principle: that we’re going to make the air cleaner, year after year, subject to the best available technology and best available risk assessment. It doesn’t say there’s an end point. And the Clean Air Act has been the most successful environmental law in history. The Paris Accord is set up to have a similar feature: this is not a race that you win; it’s a path that you get on. And I think that’s the bigger transformation. That’s why those who say the accords don’t go far enough are right to be concerned, but wrong to be badmouthing it. I mean, we’re all going to badmouth elements of it, but it was a success. And if we hadn’t got it signed, we would really be bellyaching.

What are the most important future steps for ensuring that the individual countries’ plans for reducing their greenhouse gas emissions will be implemented? What can be the role of the public and NGOs be in the years ahead?

One word: Financing. The $100 billion Global Green Fund has to be filled up and refilled. There has to be money for low-income people around the world, including the United States. This can’t be Teslas and solar panels for rich white people; it has to be much broader. Financing is a useful tool for verification, because we’re much better at tracking actual money spent than actual words said. Without a real treaty we didn’t really have the framework to think about real dollars, but now [we need to focus on] financing.

Did this meeting focus more on adaptation than previous ones? Should we be moving in that direction at this point?

Yes, the meeting absolutely focused on adaptation. And we have to, because we’re already subjecting ourselves to a lot of climate change and it’s going to get worse, especially for the poorest, and so we’re going to have to find a way very quickly to ramp up [current adaptations]. But I would say that the treaty already has a big part in that, because land use is the least-cost way to start abating carbon. Regrowing forests, sustainable crops: all those things, if done right, can all be really good ways to invest back into poor people and the land. If done wrong, it’s just kind of a land grab for redevelopers so it’s going to require a lot of management.

Your work has consistently pointed out that climate change impacts the world’s poorest disproportionately. What are some of the key challenges and opportunities for climate justice as well as some of the most promising policy approaches and technologies along those lines?

Also really simple: distributed energy. You can reach the poor much more quickly — forget about the climate change angle — by doing distributed rooftop solar and biomass and wind and micro-hydro than by waiting for big dams and big coal-fired power plants. I think that the imperative for distributed green is so much stronger than the imperative for centralized dirty. That will be a big game-changer as things go forward.

What would you like OLLI students to come away with from this course?

I would like OLLI students looking at the really exciting opportunities to get involved in what I would call the “solutions science.” We’re only beginning to scratch the surface of what we can do with behavior. The last two lectures of my series will be solutions-focused, in terms of what individuals and groups can do and what kinds of tools they can use. The will be a Twitter component to the course for those who want to reach out to children, grandchildren, etc. and help dispel these myths that people have. For instance, most people still think that solar is more expensive than coal, whereas in fact solar is actually cheaper than coal.

The fact that this group of billionaires is investing highlights the fact that anyone can make investments. I’d like to see something that looks like war bonds, where individuals who are interested can find either philanthropic or commercial ways to invest. We now have a huge amount of data from universities etc., and basically every significant business that has divested has gotten better returns from their clean portfolio than from their dirty portfolio.

I plan to do a book based on the course. It’ll be short; each lecture will be a chapter, and the tentative title is “The Optimist’s Guide to Climate Change.”

You have worked with any number of high-profile organizations: the Vatican, the Obama Administration, the World Bank, the United Nations. What are one or two highlights from those collaborations?

At COP I hugged Jane Goodall onstage, and when I went to the Vatican for the last meeting before the encyclical I hugged the Pope. Those are pretty high on my list!