Elena Sheygal-Placzek has over thirty years' teaching experience in both Russia and the US and a perspective informed by her training in linguistic anthropology, the intersection of language and culture. 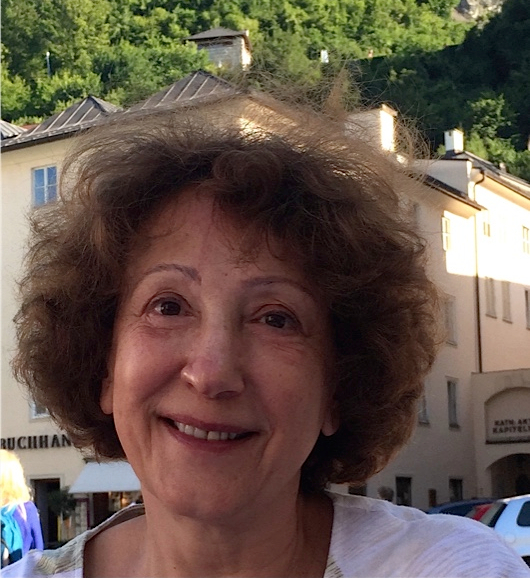 Tell us about your background and your teaching experience in Russia.

After perestroika, there was a short love affair between the US and the USSR, and I got involved with an organization called Bridges for Peace. We set up exchanges, I hosted people in my home, and that was when I became interested in American Culture. My colleagues and I opened a Center for American Studies at the university: we offered courses in American English, and I taught American history and geography as part of the language study program. We had some funding from the US Information Agency, which also helped support the English-Russian Dictionary of U.S. Life and Culture that I authored with a colleague.

At that time, how knowledgeable were your Russian students about American culture, and vice versa?

There were lots of stereotypes and fears to overcome because Russia had been closed for so many years. Perestroika opened the eyes and the souls of Russians.

I feel so much pain for the propaganda that is currently being circulated in Russia. I go there three times a year, and when I do my neighbors always ask "Why are you [Americans] doing this to us?" because their propaganda says all problems come from the US.

If you had asked that question in 2000, you would have gotten a very different answer. Now we seem to be tragically circling back towards the past.

For me, the biggest change was the freedom. It was like a breath of fresh air: I was able to speak about the things I wouldn't dare to mention in public before.

The access to books was wonderful, too. I remember reading Solzhenitsyn by squinting at photographs someone had taken of a clandestine copy of the book; suddenly we had access to books that had previously been banned.

This freedom of speech and freedom of thought was Gorbachev's greatest achievement. A lot of people hated Gorbachev for the havoc that came after him, but glasnost made such a difference.

I was also able to travel for the first time in my life. Prior to that, you could only travel in socialist countries... and for my one trip to Czechoslovakia I had to stand before the Party Committee of the university and answer all sorts of questions. Then in my forties I finally got to explore Europe.

What brought you to the United States?

Sometime in the late 1990s, our university developed an exchange program with Ramapo College of New Jersey. In 2002-2003, I came there to teach Russian History and short stories.

In 2006, I applied for a grant for postdoctoral research from the American Association of University Women. I got it... but then I had to find a sponsor. I wrote to contacts at several universities, and Robin Lakoff at UC Berkeley was one of the people who said yes. My eight previous visits had all been to the East Coast, so I came to California. My research topic was the discourse of women politicians, and this was during Hillary Clinton's first presidential campaign.

Halfway through the year, I met Tony. After dating internationally for two years, I moved here in 2008 and got married.

What are you most looking forward to in teaching an OLLI class?

When I moved here, finding OLLI - and adult education programs in general - was one of the most wonderful surprises for me. In Russia when you retire you are doomed to become a babushka, sitting in front of your TV. Here people retire and they are thirsty for knowledge. I can't help but admire this. I've taken classes with OLLI in Berkeley, and taught a few courses with OLLI in Monterey. It's a great pleasure to work with students who are there because they are interested - and also a great challenge because OLLI members are highly educated and very inquisitive.