Ed Church's 35-year career in government, nonprofits and business has required translating technical information for use by the public and decision makers. Recently retired as the Director of the Institute for Environmental Entrepreneurship, his observations on the effects of adapting to climate change have been widely published. He holds a Ph.D. in Sociology from UC Berkeley. 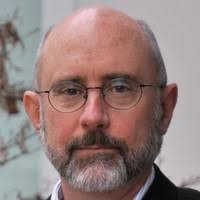 Your class is called “After Fossil Fuels, Then What?” In your view, what will this world look like after fossil fuels?

I think we have to return to basics. In the past several hundred years, fossil fuels have really changed the way that we live as human beings, and I think we have to get back to a much more human scale. We have to rethink everything that we do because everything we do now is based upon the notion of cheap and unlimited natural resources, and cheap and unlimited means to process them through unlimited human labor. So once you stop using fossil fuels--which we must do to keep the earth from burning up--we significantly limit our ability to exploit and transport national resources.

What do you mean by “getting back to a human scale?”

Well, right now we extract resources and transport them from all over the world. When we stop using fossil fuels, this will not be as easy to do. We are going to have to be much more local, or much more manual, and we are going to have to depend on each other in a way that isn’t mediated by machinery. I think it's going to be a much more face-to-face economy.

What are the biggest challenges standing in the way of this more human scale and the social structure that would follow?

Pogo said it best: “We have met the enemy and it is us.” A few years ago, I was on a panel on sustainable infrastructure--infrastructure being the pipes and wires that literally and figuratively undergird our cities--and said that the biggest change in infrastructure we need to make is between our ears. Once we change our perception of the problem we can begin to solve it. For example, The Netherlands is known as a leading source of innovation with respect to sea level rise. Their innovative responses flow from a sense of existential threat and developing that sense is pretty easy when sea level is above you. It will be necessary for people in the United States to feel that existential threat before we begin to solve the problem.

So, would the oceans need to rise by 10 inches, or coastal cities be immediately threatened before we act upon it?

Coastal cities are threatened right now. You can see it most easily with king tides. King tides are a phenomenon that happens every year in California and elsewhere in the world. All we really need is the imagination to extrapolate that what we see with king tides is what things will look like in twenty years. Right now, parts of Bangladesh are already inundated, and island nations are threatened with extinction. The reality of climate change is here. We just have to look at it. We don't have to wait for problems to occur because they are occurring right now. We just have to understand them and see them in a different way.

How do you propose we navigate all of the misinformation regarding climate change that we have to sift through?

97% of climate scientists are warning us about global warming and climate change. We don’t need to pay attention to that other 3%. Under what other circumstances in your life would 97% of information not sway you? Understanding rising sea levels, climate change and global warming can be compared to understanding photosynthesis. Biologists didn’t always understand how photosynthesis works until they studied it. Maybe there are people who don’t “believe” in photosynthesis, but climate science is just as certain and settled.

Ten years ago, a book called The Long Emergency detailed our dependency on fossil fuels; more recently, Naomi Klein’s book, This Changes Everything, offered further warning. What does the doomsday scenario look like? And when can we expect it?

The Intergovernmental Panel on Climate Change (IPCC) released its fifth report in October of 2018. The IPCC is comprised of over a hundred climate scientists and chemists and others and has been reporting since 1988. They have said that we have this window to actually implement change--not to plan change but to implement change--within the next 10 years, and that will help us avoid 1.5 degrees Celsius of climate warming. If we increase the worldwide temperature by 1.5 degrees Celsius, millions of people will die from heat extremes, flooding, or famine during a drought. If temperatures rise by 2 degrees Celsius, billions of people will die. The roadmap is clear.

You mentioned that The Netherlands has experienced climate change as an existential crisis. What are they doing in response?

They are living with the threat of inundation. The thing about sea level rise is that it is actually a misnomer for sea level coming inland. It has to do with the sea gradually being not where it has been for all of written human civilization. A similar phenomenon is happening with trees. They are shifting to areas where they can grow. In the Midwest and South they are moving north and moving west. If you use this reality of tree movement as an example, you have a metaphor for something that is happening that we haven't really experienced before: the trees not being where they normally have been; the ocean being in a different place. These are the depths of the changes that we need to wrap our heads around.

Aldo Leopold observes the prairie shifting in A Sand County Almanac, and he wrote that in the 1940s! Are renewable resources all we need?

Renewable is definitely of critical importance, but there can't be a one-to-one substitution of renewable energy for fossil fuels. Fossil fuels need to go away, and the idea that renewables can replace them is desirable, but we need to reduce our use of energy. For example, in California, some 40 or 50 percent of all of housing is not insulated. Houses were built based on the idea that we would overcome outside temperatures by adding heat inside. if you insulate your house, though, you can rely on much less energy. So the idea is not to set up a one-to-one exchange between fossil fuels and renewable energy, but to reduce the amount of energy that we require. It’s a supply and demand question. We have to end the supply of fossil fuels and supplement some of that with renewables, but we really need to change the demand equation.

Right now, for example, Bitcoin mining has resulted in the absolute uncontrolled use of energy and electricity. One of the requirements for this decentralized ledger is that the system needs to be refreshed nanosecond by nanosecond. In order to induce people to become involved, Bitcoins are issued to those who have solved some of the computational problems. This has resulted in enormous uses of energy. Bitcoin mining in 2018 used roughly the same amount of energy as the nation of Hungary. And Bitcoin mining facilities in China use enormous fans to cool the computers that are used to mine. College students are trying to mine in their dorms because their electricity is free. Some colleges have had to prohibit Bitcoin mining in dorm rooms because it uses so much electricity. The example that I am giving you is egregious, but it speaks to a wider truth. This is a phenomenon that was not on our radar. In order for policy makers to set goals for GHG reduction, they need a baseline of production and consumption, but we humans seem to keep coming up with new ways to consume. How can we hope to increase power generated from renewables to keep up with massive new demands, if we have enough of a challenge to do it for current demand? So there is baseline of how much energy we need, but it can be impacted. One way to help that calculation is by improving energy efficiency.

What do you most want people to get out of taking your class?

There are human beings involved on all sides of this issue. No one is outside of it. I use a metaphor: Mother Nature is keeping a ledger and Mother Nature is writing down the debits and credits, and in this case has decided that what we are doing equals climate change. We are playing catch up. When people think of behavioral change they may think of switching to LED lights, or driving an electric car or something, and that's good, but that's on the demand side. We have to change our production methods and collectively decide what is valuable and what behaviors we want to reward or not reward. Just as human beings are making decisions about what they consume, human beings are also making decisions about what to produce and how to produce it. Since I am a sociologist and not a climate scientist, one of the things I can add to this discussion is figuring out how to change our behaviors.

What else would you like the OLLI audience to know?

One of the things that people get asked when discussing climate change is whether they are hopeful for the future. I am not hopeful, I am determined. There's a difference. If you are in a car crash and the car catches on fire, you are not hopeful that you will escape, you are determined. That question of determination is the crucial psychological trait that we need. That, and compassion; compassion for people globally who will be the first to experience the problems of climate change and global warming. These are the people who are the least able to cope. We have a lot of resources in the United States, but people in Bangladesh don't have those same resources. We have to be cognizant of the compassion that is needed to help the people who are not generating greenhouse gasses, but who will be first to experience their consequences.