Dayna Barnes is a specialist in US-Japan relations, East Asia and international history. She holds a Ph.D. in International History from the London School of Economics and is currently a visiting scholar at Stanford's Center on Democracy, Development and the Rule of Law. She has also taught at SFSU, USF, and OLLI CSU East Bay. 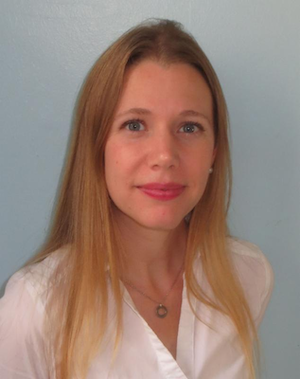 What do you see as the likely economic repercussions of the Trump administration's economic and foreign policy stances?

I want to clarify first that my upcoming course will focus on the history of US relations with East Asia. It will shed light on the origins of our current relationships but not focus on current events. That said, the relationship that's most in flux at the moment is with the Philippines, which is currently pivoting away from the US and towards China, or possibly Japan.

Our economic relations with China may change as well, although that seems less likely because our economies are so intertwined. Our reliance on Chinese manufacturing -- in technological hardware, for example -- is unlikely to see a major shift. The end of TPP [Trans Pacific Partnership, a multilateral trade agreement] will increase China's weight as a trading power, since it will now be engaged in a series of bilateral negotiations rather than negotiations with a 12-nation trading bloc, or may take up leadership in creating an alternative agreement.

Japan has been the biggest proponent of TPP, for which the Obama administration was an advocate and an ally. Trump's stepping back from the TPP is a blow to Prime Minister Shinzo Abe and his ruling Liberal Democratic Party.

How do you see US relations with China evolving under the new administration, especially in light of Trump's recent approach to the One China policy?

Certainly it feels like an unstable moment in US-China relations. The Taiwan issue is back on the table in a way that it has not been since the 1970s, and the South China Sea is another possible flashpoint for confrontation.

Regarding Trump's phone conversation with President Tsai Ing-wen of Taiwan, I -- along with many other speculating on this -- see two possible explanations for Trump's stance. First, he may not have been up to speed on the nuances of the US-China relationship since he has no prior foreign policy experience. It's also possible that this is a savvy game he's playing: by putting assumptions back on the table, he's giving himself more bargaining chips. So I -- and everybody else -- will be waiting to see whether this is a canny political ploy or an early misstep.

What are some of the ways in which your class will provide historical context for current trends?

I already mentioned the Philippines. We tend to forget it was an American colony from 1898 until 1942, and we still see that strong link in terms of military bases and cooperation. Now the Philippines is facing challenges with their new brash leadership. Their government is moving towards China, but also embroiled in the South China Sea island dispute, which also involves Vietnam, Malaysia, and Japan. So that's a potential flashpoint.

We'll look at Vietnam -- and the US's complicated history with it -- in the class.

The class will also look at the role of the US in the division of the Korean peninsula into North and South Korea. We'll pay particular attention to North Korea as a potential nuclear power, and to South Korea as an economic and a security partner.

You have a forthcoming book, Architects of Occupation: American Experts and the Planning for Postwar Japan, and I hear you may teach a course with us this summer about 20th- and 21st-century occupations.

My summer course will look at a series of US occupations since World War Two: we'll compare postwar Japan, Germany and Korea with more recent occupations in Iraq and Afghanistan. We'll identify policies and issues that were similar in all these situations, as well as important differences. The occupation of a homogenous society presents a different set of challenges from the occupation of a nation with very different populations, for instance; this wasn't fully anticipated in Iraq. The occupation of Japan was at one point held up by the Bush administration as a model of a successful occupation that turned a former enemy into an ally. But so much was different in Iraq and Afghanistan, and so much went wrong. The class will be an opportunity to look at what happened and why.