David Peritz is a professor of politics at Sarah Lawrence College and faculty member in the Master of Arts of Liberal Studies Program at Dartmouth. He has also taught at Berkeley, Harvard, Cornell, and Deep Springs, and began teaching with OLLI @Berkeley this Spring. 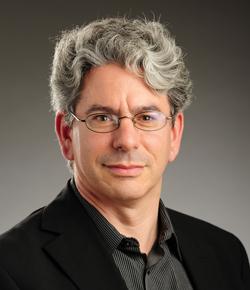 How does your background in philosophy and psychology inform your current perspectives?

My field -- political theory and political philosophy -- is inherently an eclectic and all-encompassing one. The first text to examine these questions, Plato's Republic, existed long before these divisions were put into place. And anyone who reads Machiavelli's The Prince, Hobbes' Leviathan, or Rousseau's Social Contract knows that they go beyond current disciplinary boundaries. In order to answer certain core questions -- what constitutes a just society? can equality be reached? -- you need philosophy, economics, history and psychology. These topics go beyond the boundaries of current social sciences disciplines.

This kind of multi-disciplinarity is reflected in the classes I teach for OLLI, where we spend at most a few weeks on a given discipline.

This election cycle seems different from any in the past 30 years. Are there precedents to the populism that we're seeing? And if so, what light does this shed on the current state of American politics?

There is absolutely a precedent. Last year Steve Fraser, an economic historian, published Age of Acquiescence, in which he compares the latter half of the 19th century with the early 21st century. He draws a number of parallels in terms of inequality, dislocation, economic uncertainty, and changing demographics. The earlier era gave rise to a number of populist changes aimed at re-establishing political control of the economy and social stability. These shifts, which culminate in the New Deal, involve the gradual regulation of capitalism through limits on working hours and working conditions, and through a more balanced process for negotiating between employers and workers. Fraser ends his book asking where the outrage is in the present era, why our era isn't seeing a similar response. I think he's getting his answer now.

If Fraser had written his book in 1860 he might have asked the same question of the earlier era; it would have taken until 1940 to get a full answer because the shifts in politics, policies and political parties were so far-reaching. What we're seeing this year may just be the opening salvo in a much longer battle to place humane controls on an increasingly global, post-industrial economy that is generating new forms of vulnerability and precariousness.

Your upcoming course this summer will look at the 2016 elections. What do you plan to highlight?

The course will focus on several major policy issues. The United States will have a number of momentous decisions to make during the next four years. We have opportunities to shape the future of the US and of the world, and the choices we make will determine whether people curse us or thank us a hundred years from now. How aggressively will we work on climate change, for instance?

These questions tend to get lost in the current media focus on the "horse race" and the candidates' personalities. So we'll spend time examining issues like inequality and economic mobility, climate change, race, the justice system, and international politics. In each case, we'll look at what's going wrong, what options there are to adapt, the likely consequences if changes were implemented, and the political viability of the various options on the table. To lend the course a little structure, I group the policy issues into four main constellations: the political process and its democratic deficits; forms of precariousness and social marginality generated or reinforced by recent economic developments and social changes; social justice issues; and issues to do with America's standing in and interconnection to the world.

In the Fall term, you'll be teaching about social mobility (or lack thereof) and inequality. Why should these topics be of concern to all of us, even if the current system works in our favor?

There has been a lot of research done on what it's like to live in societies that are more or less equal, and societies that are more or less mobile. One of the findings is known as the Gatsby Curve: more equal societies are more mobile and vice versa. This is partly because in a less equal society the rungs on the ladder are farther apart, and it becomes harder to reach the next one. In addition, those at the top of a less equal society care more about their privilege, work hard to pass them on to the next generations, and have more resources to devote to this project.

Some of the most interesting recent research finds that inequality is damaging no matter where you are on the social ladder. In the developed world, more unequal societies have shorter lifespans, higher infant mortality rates, higher rates of alcoholism and other addictions, higher rates of obesity, lower test scores, and lower rates of overall happiness. This is true no matter where one falls in the social hierarchy: you see these same patterns whether you're looking at the bottom 20% of an unequal society or the top 20%. This is an extraordinary finding: even though the top income group in a more unequal society is often quite a bit richer than the comparable group in a more equal society, they are worse off across a broad range of measures of well-being. The conclusion is clear: on the one hand, everyone suffers from inequality, so everyone should care; on the other, once a society reaches an advanced stage of development, equality matters more than wealth for social well-being. All of this suggests that even those who are well off, and even if they are only thinking of their own narrow well-being, should care about equality and mobility. One can also hope that the well-off will also care about social justice, and this will give them additional, less self-centered grounds for caring about these issues.

What do you like best about teaching OLLI members?

I have been teaching in programs like this for a long time. Fifteen years ago, some colleagues and I submitted a grant proposal to the state of New York and got funding to teach OLLI-like programs in retirement communities in New York City. We wanted to see whether the cognitive benefits that undergraduates get from academic study would also apply later in life, so we taught classes similar to our undergraduate classes to retired adults. We found very clear benefits: not only in terms of memory and cognition, but also in terms of connectedness. It's common for people getting older to feel that the world is moving away from them; lifelong learning programs help people re-engage and reconnect.

But more than that: we found that we loved being in a classroom where the students weren't there just because they were supposed to be. They weren't taking education for granted. When your students bring a lifetime of experience into the classroom, they ask questions that are less predictable, more creative, more original, and more likely to prompt me to rethink things. So I've been teaching OLLI-like classes ever since. It's among the most rewarding forms of teaching that I do.