Darren Zook teaches in Political Science and International and Area Studies at UC Berkeley. His research interests include human rights, comparative Asian politics, international law, and the proliferation of weapons of mass destruction. 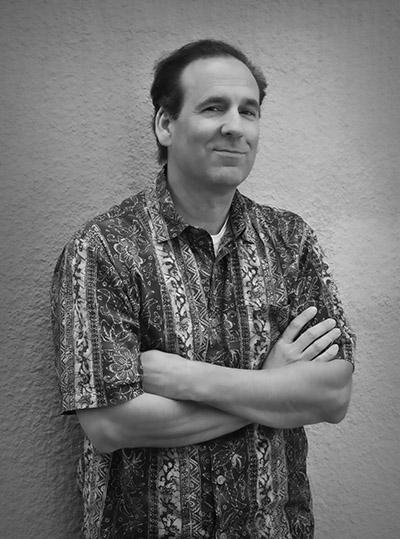 You earned a Ph.D. in history at Cal. How did that lead you to your current areas of interest?

My topic -- agrarian development in rural India -- could have been approached through several disciplines: economics or political science, for instance. I chose history because history as a discipline asks a different set of questions, questions that were a better fit for the way I wanted to approach my topic.

Your work has taken you all over Asia: India, Sri Lanka, Indonesia, Cambodia, Thailand, Singapore, Malaysia, Burma, Japan, China, Mongolia, South Korea, and even North Korea. What brought you to North Korea, and how was it?

North Korea is not the kind of place where you can do formal research, because you are too closely supervised. In 2008, when the ban was lifted on Americans traveling to North Korea, I immediately started looking into how I could go there because I knew that just seeing the country would be very revealing and a useful perspective for the kind of work that I do. When I arrived on my first trip, it was immediately apparent that everything I had read about North Korea was wrong, or at least written by people who had never been there. I was interested in their legal system, and when my government minders learned this I was given access to a treasure trove of documents. During that first trip, the northeast part of the country was still off-limits; I returned in 2011 and was able to visit more places. It's certainly one of the strangest places I have been. Visiting it was also reassuring in that all we ever read about are the North Korean leaders rather than the everyday people, but I was able to have some very good conversations with my minders and with others whom I met there. They tell you it's all staged, but I also had real, unstaged interactions during my visits.

What are your current research interests?

In 2012 I spent the year in Singapore researching cyber security: not just the security ramifications of individuals on their various devices but also cyber warfare and concerns about Russia, China etc. making serious breaches of our security. I'm almost ready to start writing the book; my project over the winter break will be to sit down and start drafting.

I also recently finished a book manuscript about diversity and identity in America, and I'm currently shopping it around to publishers. All of my projects look at human rights and social justice in one culture or another. I also focus on identity politics in various cultures.

Will either of your upcoming courses be taught differently in the wake of the recent election?

Initially, I was planning to teach the "First 100 Days" course with a focus on the chief executive. Now we will not only look at what the president will do, but also how that will affect citizens and -- whether we like these actions or whether we don't like them -- what we can do as citizens to participate and shape the outcomes.

For the "Global Hotspots" course, I was already planning to study the Russian fringe. Now that we know Vladimir Putin is happy about the results of the recent US elections, what will this new relationship between the US and Russia mean for the Baltic states and other areas of international policy? We'll definitely talk about that.