Charles P. Henry is Professor Emeritus of African American Studies at Berkeley. A former president of the National Council for Black Studies, he is the author/editor of eight books and more than 80 articles and reviews on Black politics, public policy, and human rights. 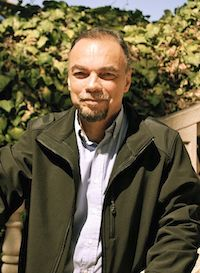 With a pandemic currently ravaging the world, where do you think the US would be if Barack Obama were still president?

Well, we’d have a leader of the free world who was on top of the issues so there’d be a lot more competence for starters. Trump is famous for not reading briefing books and operating on gut instinct, which is the opposite of Obama, who’s thoughtful, well read, listens to scientific opinions when weighing decisions. I think there's a big longing right now for a leader who can talk like that and think like that. What we do have though are governors and mayors filling the gap. They’re detailed, you can ask them questions and they can quote all the experts and they know all of the programs. Ironically, the further up you go in terms of leadership, the less knowledge there appears to be at the very top. It’s a little scary, but that’s where we are.

How much are current perceptions of President Obama influenced by the goings on of this administration?

It makes it difficult to be critical. The job of people who teach at universities is to be critical, and to not only emphasize the good stuff, but to expose weak spots, too. In looking at human rights issues during the Obama Administration, for example, it was not one of Obama's strong points in terms of leadership. But sandwiched between George W. Bush and Donald Trump, he looks like Abraham Lincoln or George Washington by comparison. So it can be difficult to be critical.

President Obama ran for president twice and won twice, but those campaigns felt very different. Can you talk about that a bit?

One of things we do when we talk about his first campaign is to talk about his autobiography, Dreams from My Father. It's very significant and I put it in a group of what we would consider classic or great American African American autobiographies. There's a kind of overreliance, an emphasis on autobiography in Black Studies because so many African American leaders had their views misinterpreted by mainstream press or mainstream writers. When I was in college in the Jurassic period, there was one biography of Marcus Garvey. One. Nobody studied him because the author thought his plans to return to Africa were crazy, but he also was the leader of the largest black movement in the history of the United States so he was worthy of study. The same thing about W. E. B. Du Bois who became a communist late in his life so he wasn't considered worth studying.

So there’s a big emphasis on people telling their own story in Black Studies. We have the narrative of Frederick Douglass, which is a classic. We have Booker T. Washington's Up from Slavery, which is classic. We've got Harriet Tubman's work. These are classics, because they tell us what these people actually went through and what their beliefs were, unfiltered.

I think in years to come Dreams From My Father will be seen as that kind of classic narrative and read in the context of these other narratives. I don't know how many people I've talked to who weren't going to vote for him, but then read his autobiography and changed their minds.

So, in the first campaign, we have the importance of this autobiography and the uncovering of this individual who shows you his warts and all. The title itself tells you something about his relationship with his father. He doesn't talk much about his mother in it, but she is a central figure who emerges later. So his writing of his story was a powerful answer to the question "who is Barack Obama?”

By his second term, everyone and his mother had written a book about him. There’s not the excitement anymore. He’s the establishment figure, and all of the leadership is behind him. Nobody endorsed him in the first campaign, not initially. The civil rights leaders endorsed Hillary. And so the second time around, he's got the establishment behind him as most incumbents do. We also weren't in the kind of national emergency we were when he arrived with an economy in a free fall and everything and everyone counting on him to put it all back together. So the second campaign was much more traditional.

Your course will explore the role of celebrity in contemporary politics. What does that mean, exactly?

I think our last two presidents have both been celebrities. And by that I mean that their personal characteristics and fame were such that they really didn't need their party, but rather the party needed them. It’s more obvious in Trump where he had some opponents within the party who thought he was crazy but now they're all Trump acolytes. And so it shows kind of the power of celebrity taking over a political party and bending it to their will. I think Obama was that way as well. The Democratic Party itself didn't do that well while he was president. He was great with a worldwide audience and so forth, but it didn’t carry over to the rest of the party.

I think Trump takes celebrity to its logical conclusion where he's more concerned with ratings and the average number of people watching his interviews than he is with actual policy. We see public policy announced via Twitter, which is incredible. Those of us who went to graduate school in Poli Sci or History are stunned that a President would announce hirings and firings and policies via Twitter. He doesn't need the party. He doesn't need the New York Times. He doesn't need the Wall Street Journal. He doesn’t need any of it. It’s shocking. Politics as brand.

How much time needs to pass between a presidency and a clear-eyed appraisal of that presidency?

I think you need a generation. I don't think we'll have any good perspectives on the Obama years until at least then. Otherwise you’re still too close to it. I really enjoyed Michelle Obama's autobiography and everybody is waiting for Barack Obama's, which will inform a lot. I think it's going to be another generation of historians and political scientists — people who have some distance from Obama — who will write the history of the current period.

If you had to guess, how do you think he'll rank?

Right now, I would put Obama in the top ten of American presidents. His pulling the economy back from the brink and Obamacare will be his political legacies. His symbolic importance as the first president of color is of great significance and will continue to grow as more diverse candidates decide to run for the highest office in the land.

Read a 2016 interview with Charles from our archive.