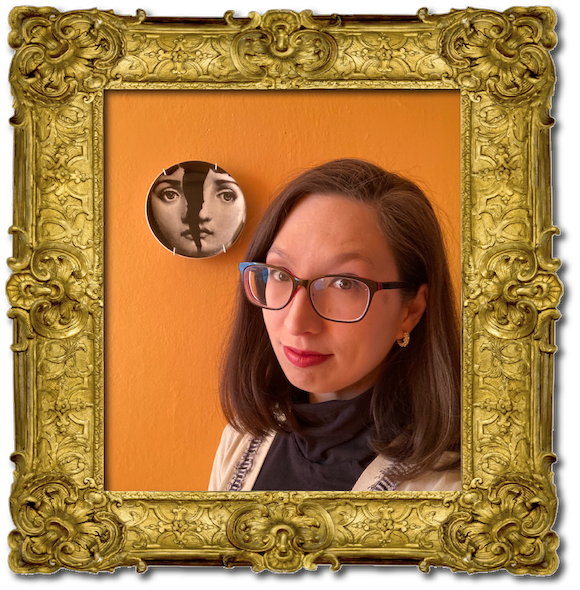 Letha Ch’ien (Ph.D., UC Berkeley) is an assistant professor of art history at Sonoma State University. She has been a fellow at the Arizona Center for Medieval and Renaissance Studies at Arizona State University and the Townsend Center for the Humanities at UC Berkeley, in addition to being the recipient of Fulbright, Gladys Krieble Delmas Foundation, and Mabelle McLeod Lewis fellowships. She has lectured internationally on visual art in early modern multi-ethnic societies. She contributes regularly to the San Francisco Chronicle. She is teaching Race and European Art in our winter term.

Can you share a little about your journey to seeing European art through the lens of critical race studies?

I fell in love with European art history the way most people do — by looking at it, getting introduced to it through books, through museums, through hearing that it was something I needed to see. And everything in the culture reinforces that. Paintings like Botticelli's Birth of Venus are spoofed on The Simpsons; or when we see Marcel Duchamp's riff on the Mona Lisa and realize we need to know the Mona Lisa. ­– And then the paintings themselves are great. They’re wonderful art.

When I started studying art history as a student, it was mostly, though not exclusively, European oriented. I decided to focus on the Italian Renaissance in graduate school. As I did my research for the dissertation, I found that attending to the artwork required attending to race, ethnicity and identity; that the artwork did not exist outside of a culture, somehow magically free from racial ideologies, racial concerns and ethnic tensions. So, I walked backwards into race and Critical Race studies, because the artwork demanded it. To attend to it responsibly required that I learn about racial ideologies and racial formations.

Was that hard to do? Were you worried that it would somehow diminish your appreciation of the works?

If I'm being honest, I'll say that I initially resisted looking through the lens of race a little bit because I was scared of it. I was scared of doing the wrong thing as many people are. I was scared I was inadequate, that I couldn't understand something as complex as race as a historian. And I was also scared about what thinking about race would mean for me and my life. The result has been actually very freeing. I was so worried that I was going to get boxed in and instead I found I feel like more of a complete person. I feel like a more responsible art historian. I feel more confident engaging with the past and therefore engaging with the present. I have a history of how racial ideologies came into existence, how they developed and changed over time, and that the historicizing of race empowers us to change how we're living, how we're believing how we're doing, because we realize it's culturally contingent, it's historically contingent, it changes over time. It's not real in any kind of physical sense, like air or water. It's subject to our creation, so we can create something better.

How do you think museums should reckon with works we now recognize as racist?

More and more curators and scholars, particularly scholars of color, are recognizing that museums are not neutral purveyors of fixed knowledge, but architects of systems of meaning. If you go into a museum, it's often organized chronologically. It tells you a story of the world so it might start in what's called the “ancient near east” in what's now modern day Iraq, and then move you along until you get into ancient Greece, ancient Rome, then Christian Middle Ages, then the Italian Renaissance, then 18th century in France, and finally moving over to the U.S. in 20th century. That is a constructed narrative. There is art from all time periods, in all places, and it interconnects. It's not isolated in one area. There's what kind of art we decide is worthy of a museum setting — usually painting and sculpture and artwork — and then artwork that has been relegated to craft or the applied arts or historical museums instead of the fine arts museums. These categories are cultural. They’re artificial. They're where we decide to draw a line and to group. I'm not saying we should stop grouping or creating frameworks, but we need to be conscious and acknowledge that we are creating frameworks and that they are themselves cultural products.

What do you hope all OLLI members take away from your course?

I hope they feel freer and more empowered, more aware of what they think, why they think what they do and feel confident in their own beliefs. As people living in the world, we need to know where we've come from, where our ideas come from, and then what we want to do about it. I hope the members gain a deeper understanding of themselves, of their place in history and of what kind of world they want to create.