Bert Gordon is professor emeritus of history at Mills College who specializes in modern European history. He was a Fulbright Fellow in Vienna and his Ph.D. thesis received honorable mention for the 1969 Austrian History Award. His most recent book is War Tourism: Second World War France from Defeat and Occupation to the Creation of Heritage (Cornell University Press, 2018). 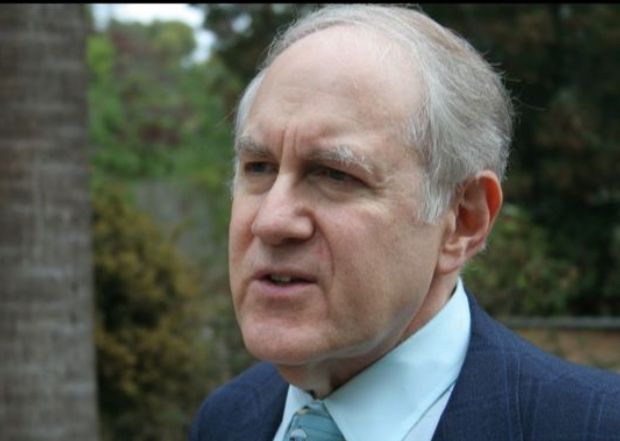 In your syllabus, you pose the question “Do current embroilments with Russia represent a return to Cold War days, when the world seemed on the brink of nuclear destruction?” How would you answer that?

If I had to say “yes” or “no,” I would say “not quite.” During the Cold War, it was just the two nuclear superpowers, the US and the USSR, armed to the teeth. For those of us who lived through it, there was always the sense that at a moment's notice you might have a nuclear holocaust. What's interesting about Russia today is that if you look at their economy and economic power, they're not a major player at all — not, as it were, super — yet they've invested so much in armaments and sophisticated missiles they still command attention. Of course, one of the big differences between the Cold War days and now is the emergence of China on the world scene. It’s still unclear how their presence will impact relations among the three, but it no doubt will. So, do we have Cold War-like tensions? Absolutely, though I wouldn’t say we’re returning to full nuclear, Cold War-like hostilities. The atmospherics are different.

Where does Russia fit culturally? Is it more Asian, more Western European, or something in-between?

Virtually everybody who studies this agrees that while the vast majority of the landmass of Russia is in Asia, culturally Russia is definitely part of Europe. However, in many ways, it’s distinctly different, which creates a tense interplay between the Russians and the West, including the United States. Under Stalin during the industrialization, there was this slogan "Catch Up with the West" — meaning, among other things, “Catch Up with the United States.”

I think that understanding this tussle, as it were, between emulation and resistance, between the push and pull of Western influences, should inform how we look at Putin and his government today. In a lot of ways, what Putin wants to do is emulate some characteristics of the West, as Stalin did before him, and Peter the Great did even earlier. But emulation — taking certain things from the west and not other things — is a delicate balance. What Putin wants to take from the west is technology, economic development, that sort of thing. What he doesn’t want to take is what we might call western liberalism and human rights, what we like to think of in the Declaration of the Rights of Man from the French Revolution and the Declaration of Independence from the United States. For Putin and people who think like Putin, it’s “thank you, but no thank you.”

Currently, Putin seems to dominate and define how the world sees Russia. How do you view him?

I see him as extremely careful and not rash. He does what he thinks he can get away with and, for the most part, has been successful. Hard to believe, but he’s been in power for 20 years now and has tried to change the Russian constitution to ensure that he’s in power for another 15 at least. Remember, he came to power in the late 1990s when Boris Yeltsin’s health was failing and the Russian economy was collapsing. When Yeltsin resigned, Putin came in and stabilized the economy, for better or worse, stopping the free-fall. In doing so, he opened the door to what we now refer to as the oligarchs and all that entails.

For people like Putin, the collapse of the Soviet Union, the loss of the satellite countries, and the uprisings of breakaway ethnic groups are all a humiliation. Everything done since the fall of the Berlin Wall has been informed by the drive to hold on to the influence Russia, through the Soviet Union, once had or, at least, reclaim some of it.

One of your recommended readings is by Barbara Evans Clements, A History of Women in Russia: From Earliest Times to the Present. Why was it important to you to shine a light on women’s voices?

I do it because the stories of women are as much a part of the fabric of history as are the men’s, yet rarely get the same kind of acknowledgement. In class, we’ll talk about people like Alexandra Kollontai who was quite active during the Revolutionary years. She was a Marxist and theoretician who wrote extensively about how communism would do away with inequality, do away with marriage, do away with housework — that women would be fully equal partners socially, politically, and culturally. It didn’t turn out that way, but that was the hope.