Alexis Strauss Hacker served for 40 years at the US Environmental Protection Agency, including as acting regional administrator of EPA Region IX. She now serves as a governor-appointed member of the San Francisco Bay Regional Water Quality Control Board. Dan McGovern is a former regional administrator of EPA Region IX. He was the second-ranking attorney in the US State Department, the general counsel of the National Oceanic and Atmospheric Administration (NOAA), and the general counsel of the CA Dept. of Transportation. Alexis and Dan will be teaching “EPA: 2021 and Beyond” in our winter term, along with a dozen EPA colleagues who will share their expertise on a range of topics.

What spurred you to create this course? 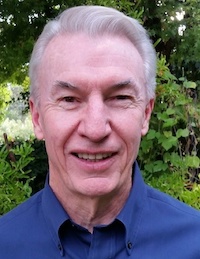 DM: It was initially my idea. I wanted to help OLLI members understand what EPA offices actually do in their regions. Regional offices are where the rubber meets the road, where environmental laws and regulations are actually applied, and ultimately where hundreds of folks work to protect human health and the environment every day. I reached out to several of my former EPA colleagues to help design the course, in particular to Alexis, because she is as brilliant as anyone I ever worked with and rose to the highest position that an EPA career employee can have, which is the Deputy Regional Administrator.

ASH: There’s a tremendous about of focus on issues like climate change, which can overwhelm other quality of life, environmental protection and public health issues. We hardly ever hear about areas such as pesticides or clean water unless something has gone dreadfully wrong. We thought it would be interesting to make each of our eight weeks focus on a particular environmental program — for example, the Clean Air Act — and then bring in experts who’ve devoted years to working with states, tribes, territories and the public to talk on that particular topic.

Why these eight particular programs?

ASH: Dan had been the Regional Administrator for a number of years and understood coming in that one of the EPAs great strengths and one of its great weaknesses is that its workforce across the country is aligned by the environmental statutes, as Congress passed them, so it was quite easy to follow that approach. So, we have a “Clean Air” week because there's a huge cohort of EPA that just focuses on air pollution. In our sixth week, we have a wonderful former EPA attorney Lewis Maldonado who’ll explain how the current hazardous waste law works, and describe the workings of the program to address legacy contamination, Superfund. 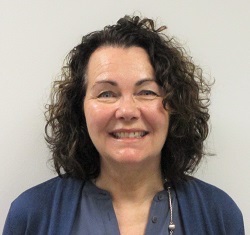 How do EPA regional offices navigate changing regulations, particularly those that roll back protections?

ASH: I think that will come forward quite clearly in the second week and the fifth weeks. The Clean Air program has seen some very significant zigzagging between rules that were put in place under previous administrations, and the current administration's desire to change those, such as controls over oil and gas operations and the extent to which they leak methane and other pollutants into the air. We’ll go over the fundamentals of air pollution and the role the EPA plays in regulating it, and have invited a former EPA colleague Dave Calkins to discuss it in detail. Similarly, in week five, we’ll explore the Clean Water Act. The changes in federal jurisdiction over rivers and streams have had a very significant impact in the West. Jessica Kao, an EPA attorney for many years, has done an exceptional amount of field work, enforcement, litigation and the like, and in a dispassionate arms-length way, can explain a complicated legal situation in terms of what rivers and streams and other waters are protected and how that has changed.

Where we are now can be discouraging for EPA employees and EPA alumni. But we have to remember that we’ve gone through cycles like this at various times in the past. There were a couple of years in the Reagan administration where this happened or when the House leaders wanted to really change the regulatory structure. Somehow the EPA has weathered these various assaults.

I know you’ll be addressing issues of environmental justice. What areas do you plan to focus on?

ASH: I'll give you a local example: West Oakland. West Oakland has the economic engine that is the Port of Oakland, and it has a number of other commercial and industrial uses. But it also has a very longstanding community of people who live there. With idling trucks and ships pulling up that aren't running on electricity when they're at berth, this community has some the worst air quality and public health outcomes anywhere, and yet here it is in the Bay Area. There are also so many communities in the Central Valley, for example, that are not connected to medium- or large-sized drinking water systems, and people are spending an extraordinary amount of money buying bottled water because the water that they can get is not water that’s safe to drink. So, we’ll address what the EPA, the state of California and the local county doing to change this.

148 tribal nations are a part of EPA Region IX. Can you talk about that particular relationship?

ASH: Across the country, there are “federally recognized tribes.” In California, there are other less formally assembled tribes that exist, too, even in the Bay Area. There’s a formal government-to-government relationship the tribes have with the EPA, and other federal agencies. There is program funding that flows from the EPA to tribes that want to have environmental and public health programs. And for those tribes that are deep enough in their staffing, they can take on administering these environmental programs, as the Navajo have done, for example, and at least 20 other tribes have done with some aspect of EPA water programs. They administer them as if they were a state. It's a very formal and at times very delicate process. There are certain times when the EPA may take an enforcement action in Indian Country, for example, at a drinking water system, where the tribal leadership may not have addressed this, and yet the tribal members are still subject to water that's not safe to drink — a very common issue — or pesticide containers abandoned near where people are working fields. The EPA has an oversight role, a diplomatic role, and an implementation role. It’s quite robust and varied.

DM: When I was Regional Administrator in Region IX, which was during the presidency of George HW Bush, I began the first government-to-government relationships between the EPA and tribes with the invaluable assistance of an EPA employee by the name of Wendell Smith. And even though we call it government-to-government the beauty of it was — to use an Eisenhower phrase — it was more people-to-people diplomacy. Wendell and I negotiated the very first grant programs for the tribes. We would meet with the tribal leaders and tribal members, and have a formal ceremony, and I'd usually try to spend at least a day with them. It was really among the most rewarding activities that I was privileged to experience.

DM: I was privileged to work for almost five years with 800 wonderful people at the EPA. Many of them became my dearest friends. The mission of EPA is very simple, and can be briefly stated. It is to "protect human health and the environment." And when those wonderful folks at EPA go to work each day, that is the only thing they seek to do — carry out the mission of the EPA to protect human health and the environment. I am delighted the members will have an opportunity to get to know a baker’s dozen of them in this course.