Alan Karras is Associate Director of International and Area Studies; he has taught at Berkeley for nearly 25 years, and has been honored both locally and nationally for his teaching and service. A former chair of the College Board’s AP World History committee, and the author of several books and articles on subjects as diverse as migration, transnational crime (including smuggling and piracy), he is also an author of one of the leading World History textbooks. He holds a Ph.D. from the University of Pennsylvania and a BA/MA from The Johns Hopkins University, where he decided not to become that kind of a doctor. His upcoming course is Classical Political Economy in Contemporary Perspective. 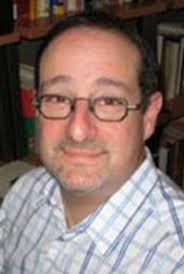 Your OLLI class is called Classical Political Economy in Contemporary Perspective. Why is it important for us to revisit classical political theorists?

I was talking about this with my graduate students yesterday. I am teaching a new seminar on capitalism and inequality and as part of that I have them read Adam Smith. Adam Smith does not say what people think he says. Adam Smith is actually a proponent of certain kinds of government intervention in the economy. Likewise, Karl Marx doesn't say what people say that he says. So my course on classical political economy is about getting students to actually read these documents and to see what the authors actually say; to understand how they are represented by others, both in the past and the present, and then to apply what they say to the world around them.

What is the biggest correction that you find yourself making year in and year out?

Do you think that is just for this generation of students or do you think OLLI members would have something to learn?

I believe most OLLI members would have grown up with the Soviet Union as the classic example, or grew up in the Cold War as I did, and learned of a polarization between capitalism and communism. They might realize that the communism that existed during the Cold War was not the kind of communism that Marx proposed. I expect that they would not be surprised about that and I suspect they might be more surprised by the misrepresentation of Smith as some kind of rabid free marketer who believed government had no role in the economy. I don't know how much they would have encountered Smith, but they would have encountered the idea of laissez-faireeconomics and Smith's idea of the invisible or Hidden Hand. If they haven't read Theory of Moral Sentimentsor heard people talking about something other than those two ideas, then they might be pretty surprised.

Which of these classical theorists do you think we need most right now? Is there somebody that people are overlooking that you think could bear upon our current state?

It depends upon what you think that the current state of politics and the state of the economy is, but it seems to me the biggest issue in the contemporary world is one of inequality: inequality between nation-states and inequality between individuals within a nation-state. It's only increased in the last four or five decades. And so the theorist who I think deals most with this idea of inequality is Jean-Jacques Rousseau, who wrote Discourse on Inequality, which is in some ways expository of the time in which he lived. One of his great claims is that if you don't check this rising inequality, the wealth will be concentrated in fewer and fewer hands until everybody is equal except the group of people who have the wealth, and that's like the 99% versus the 1%. I think that idea is visibly playing itself out right now, and so understanding how he described it might give us a way of thinking about whether or not that is something that we ought to solve. If you understand that, you will understand both Adam Smith and Karl Marx as well as a slew of other theorists.

You research smuggling and corruption and international migration routes. How did your interests come to center on those things?

A happy coincidence! The story goes something like this. I was trained as a Caribbean and Atlantic World historian and I did the bulk of my dissertation research on migration from Scotland to the Caribbean in the 18th century, which is a pretty esoteric subject, although it is an important story for Atlantic history and for Caribbean history. My first job outside of graduate school was at Georgetown University. One of my colleagues there came up to me one day and said, “Did you know about smuggling between Jamaica and Cuba, because I've got a lot of stuff that I never used in my dissertation?” And I said, “Funny.I have a lot of stuff on smuggling between Jamaica and Cuba!” So we wrote a paper on it together, which we delivered at some conference or other. He's now the president of the American Historical Association. Afterward, I researched smuggling, not just between Jamaica and Cuba, but more broadly, in a world-historical framework. For the book on corruption that I'm now working on, I have refocused it on corruption in the East India Company in the 19th century, but I am more broadly interested in corruption as it exists today.

You mentioned that this exchange reframed how you saw history. How so?