What are some of the main differences in attitudes towards immigration in the US, which defines itself as a nation of immigrants, and Sweden, which has been culturally homogenous for most of its history? 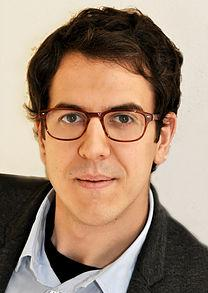 I think it's hard to speak of attitudes in those terms. Despite the US's self-image as a "nation of immigrants," the first real federal immigration laws from the late 19th century were restrictive, culminating in the quota act of 1924. I also think that the image of a culturally homogeneous Sweden doesn't reflect historical reality. In the early modern era, for example, the cultural and political gap between peasants and aristocrats was unbridgeable, which led to number of peasant rebellions. In the modern era, people from the working class were considered by economic and political elites as incapable of political participation because they lacked respectability, reason, and civility. That's why we need history, because complex facts like these don't appear in attitude surveys.

With that caveat about the limits of attitude surveys, a recent article of mine looks at immigration practices and perceptions in Sweden: " Swedish Immigration Is Not out of Control -- It's Actually Getting More Restrictive."

Your research looks at the "immigrant question" during the Cold War and the War on Terror. In both those periods, "the enemy" was an ideology and an immigrant /asylum seeker might subscribe to that ideology or might be fleeing from it -- but what's different in the current era?

One major change is that refugees aren't seen as politically useful in the US as they were during the Cold War. However, that only applied to refugees fleeing communist regimes. Refugees fleeing US-backed brutal dictatorships were far from welcome in the US, Chileans and Salvadorans for example. What has also changed since then, which to me is very bizarre, is on the one hand a dramatically increased number of refugees in the world fleeing extremely dangerous countries and, on the other, a tendency in Western countries to mistrust a lot of these refugees' claim to refugeehood. Since the 1980s there has been a resurgence of far-right populism and a series of economic crises in western capitalist countries. Governing political elites, whether liberal or conservative, have tended to subtly and not so subtly use refugees as scapegoats for these crises while also trying to win back popular support lost to anti-immigrant parties.

What do you wish all Americans knew about the history of immigration in the US?

I'd like every American to know that immigration is a highly complex and diverse social phenomenon. It's not reducible to any one explanation, in particular one which sees immigration as a threat to Western civilization, or as a kind of crisis which portends the breakdown of the rule of law and democratic society. But understanding why the latter kind of explanations have become widespread is extremely important right now, and I think the way to do that is to look at how immigration has been politicized, by who, when, and why.

Is there anything else you want to add about your teaching experience?

I've had the privilege of teaching a wide range of students, including young students at Berkeley City College and students of all ages at San Quentin Prison University Project. It's a privilege to teach not only because I get to help others grow in their understanding of themselves and the world, but also because I learn as much from my students as they learn from me.