Abhijeet Paul is a lecturer in South and Southeast Asian Studies at UC Berkeley. He holds two Ph.D.’s, including one from Berkeley on technology, ethics, and community in jute cultures. He has published in the fields of literature, globalization, and politics and is currently making a film on letterpress printing and jute textiles in India. 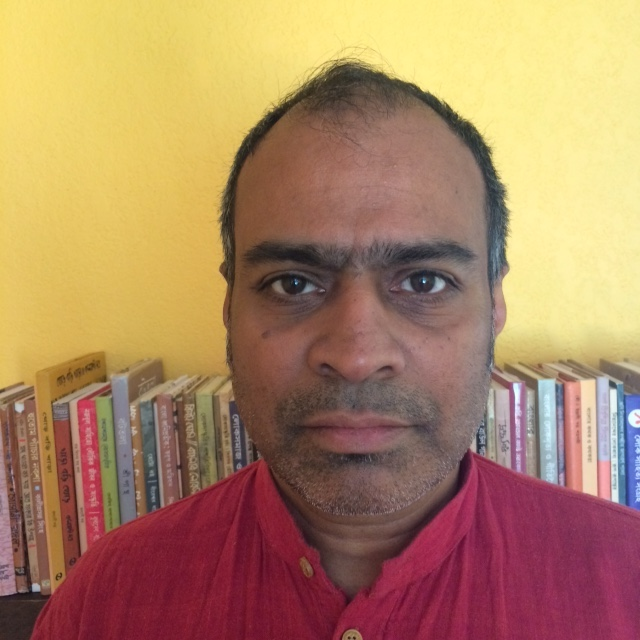 What intrigues you most about Gandhi? Is it the man or the message? 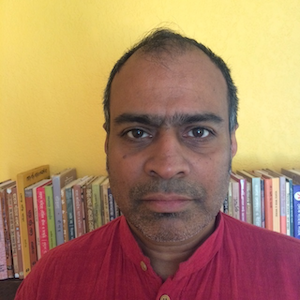 That’s a complex one. When you grow up in India, you grow up in the land of Gandhi. He is everywhere. Streets are named after him. His image is all over the place. He’s an impressive, larger than life figure. I learned about Gandhi as the father of the nation when I started school, but I didn’t understand him beyond that until much later.

As I got older and started to unpack who Gandhi was — really was — I came to realize that you can’t disassociate the politics from the person. I’d look at him and wonder how his idealistic form of politics — the non-violence, the civil disobedience — was even relevant when there are so many hard realities staring at you in the face. That's when I started turning to the man, the person. I read everything he wrote, and everything about him. It was an eye opener.

So who was he, exactly?

Yes, he was the father of the nation. He was also regular human person who had some interesting, some crazy, and some very effective ideas. The more I read his writings, the more I came to understand how one idea shaped many ideas and sometimes how many ideas shaped one idea.

There's a lot of iconography around him, a lot of symbolism. But there's also a real human being who dealt with complicated, everyday problems — the personal, the political, the national, the global. In his writings, you see him in all of his humanness and contradictions and imperfections. It makes him a much fuller, more nuanced figure.

What do you think he would he make of the current state of politics in India right now?

Oh, that’s a bombshell. As we all know Gandhi was an advocate of nonviolent resistance and civil disobedience. He was anti-colonialist, anti-imperialist, which at the time was a huge, abstract idea, quite explosive. He talked to and engaged the people on the street. This goes back to what I was saying earlier about how people view his relevance now. There's a certain cynicism around Gandhi at the moment. At the same time, he is still the father of the nation and still on the big rupees, so you can't ignore him. There’s an expression out there “we keep him in our pockets, but we don't actually keep him in our hearts.” That said, you can see him as the exact opposite of who’s in office now.

Cynicism is often born out of disappointment. What’s caused the cynicism about him?

I think all of it goes back to the Partition. There’s a political belief in India that had Gandhi taken a stricter stand on the Partition instead of simply lamenting it as it happened, the Partition may have been different or may not have happened at all. All of the crises we have today emanating from the border thread back to what happened in the 40s. We live with the consequences of his actions during that time and that has bred a lot of the cynicism.

There has also been a lot of disillusionment around the issue of caste. Gandhi was anti-caste discrimination but clung to the broader caste-based organization of society; he promoted respect for all professions and occupations but without advocating for social mobility. He gave “untouchable” communities the name of Harijan which means “children of God,” and many found that patronizing. B.R. Ambedkar, the architect of the Indian constitution and another major figure in modern India, was particularly critical of Gandhi’s stance on caste.

Are there areas outside of the political sphere in which he remains a revered figure?

Yes, absolutely. He was deeply fascinated by many aspects of civil society, such as ecology, technology, local and global economies, and his influence in those arenas remains huge, especially with NGOs and other organizations, including environmental. It’s like he reinvented the wheel with the concept of mobilization. He brought people together from all castes, genders, religions, ethnicities to create a mass movement and you see that influence from MLK to climate and justice movements today. No one had foreseen the power of mobilization until he did, walking — he was an inveterate walker — gathering, going to people in their homes, one by one. It was extraordinary and defining.

What do you hope your OLLI students will take away at the end of the course?

One of areas we’ll explore is the difficult relationship between non-violence and non-injury, which was something Gandhi thought about a lot. And that came from Buddha. Buddha was all about non-injury. And the concept of love. Gandhi was all about love. The love of the human, of the other, of the planet, of God. And he talked about how the love is not just about the personal. It has to go beyond the person to become a political force for good.